On the frontline of Nepal’s earthquake recovery

Three young women share their experiences of working in the epicenter of the 2015 earthquake.

What if your first job after graduation happened to be right in the heart of the biggest disaster the country has suffered in almost 80 years? Would you have taken it? For young professionals Sushmita Sapkota (left), Bhawana Dhakal (centre) and Goma Koirala (right), there really was no question.

When Nepal was hit by the 7.8-magnitude earthquake in April 2015, all three had been undergraduate students. Sushmita, who comes from a big city in the country’s southern plains, was preparing for an exam; Bhawana was getting things ready for her brother’s birthday celebration in Pokhara, Nepal’s second largest city; and Goma was spending a quiet day at home in Gorkha District, the epicentre of the disaster.

The earthquake, together with another big tremor in May, killed nearly 9,000 people and destroyed or damaged 750,000 homes. Needless to say, of the three, 22-year-old Goma was most affected. “Our house became unlivable,” she says. “It was made of mud and mortar and sustained cracks everywhere. We were just lucky it didn’t collapse altogether.”

Although scattered far and wide across the country until then, the young women would soon be brought together by their eagerness to help communities back on their feet.

In the aftermath of the earthquakes, as part of its response and recovery efforts, UNICEF had been supporting various programmes related to education, health, and water, sanitation and hygiene (WASH). Gorkha was one of the districts where the support was focused.  As part of its WASH Recovery and Reconstruction programme supported by the Finnish Government, UNICEF – helped to rehabilitate the water supply scheme in the area.

-
Goma and Sushmita resting on their way to visit project sites.

Getting up close and personal with locals

Even before the earthquake, the water and sanitation situation in many communities in Gorkha was extremely dire. Open defecation was a widespread practice and water scarcity a persistent problem. Local women spent hours walking to collect a Gagri (traditional pot) of water. This was usually all people had for cooking, drinking and cleaning.

Likewise, schools in the area were not equipped with proper restrooms. Children had to go home to use the toilet and often did not return to classes. Things were particularly difficult for adolescent girls, who skipped school during their periods owing to the absence of proper facilities.

The disaster had only worsened these issues.

It was Sushmita and Bhawana’s responsibility to run trainings and awareness programmes to promote good hygiene and sanitation practices in these schools and communities. This included orientations on the importance of hand-washing with soap, as well as menstrual hygiene training for adolescent girls and women.

The two also conducted demonstrations for locals on managing solid waste through segregation of degradable and non-degradable materials. Degradable waste could then be converted into fertilizer.

“Most of the women used cloth when they were on their periods Sushmita says. “We taught them to make their own sanitary pads and ways to dispose of these properly.”

Goma’s role, meanwhile, positioned her as something of a bridge between the programme and community. “I had to travel to different places across the district and identify schools and communities where WASH interventions were required,” she says.

It was hard work. Goma recalls having to walk for hours on end, even an entire day on occasion, to reach the far ends of the district. “Many communities were not accessible by road,” she says. “I remember a few times travelling by tractor to deliver construction supplies.”

For Sushmita, having spent all her life in the flatlands of Chitwan District, it was a whole other challenge adjusting to the hilly terrain of Gorkha. In the early days, her legs would be sore for weeks after visiting project sites. Bhawana, on the other hand, seemed more prepared.

“"At the age that I was, I wanted to experience as much as I could, and working in Gorkha was a great opportunity to do just that. I had always wanted to work in hard-to-reach communities,” she says. “As remote as a place might seem to an outsider, we should remember that locals have been living there for centuries.

All three agree that in an already difficult setting like the one at the epicentre, there are added challenges to working as a young woman in the field. Physical safety was a constant concern, for instance, and Bhawana, Sushmita and Goma said they had to be extra cautious when venturing into a new place.

Obstacles aside, however, the rewards of the job – namely, witnessing the transformation of communities – were like no other. Villages that did not have access to water now had taps in each household. What’s more, with the construction of toilets in schools, attendance rates shot up as well.

“It makes my heart sing to see that we’ve helped people become more aware of the link between sanitation and good health. They take hygiene much more seriously now,” Sushmita shares.

Aside from the joy of being able to contribute to significant changes in the attitudes and behavior of locals, the young women also attribute leaps in personal development to the experiences they had.

I gained a lot of communication skills throughout,” says Goma. “I used to be very timid when talking to people before but having to constantly communicate and coordinate with households eventually took away that shyness. I’m far more confident in speaking up now.”

If they have any advice for young people – particularly women among them – looking to enter a field traditionally dominated by men, it is to “just go for it.”

“There’s no denying that you’re going to come up against challenges as a woman. But you should not feel intimidated, you need to believe in yourself, and find validation in your work,” Bhawana says. “For me, the love shown to us by community members made me feel like I did a good job.” 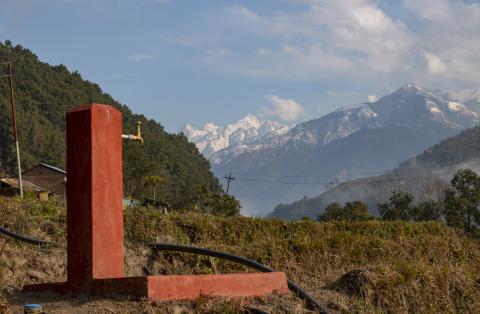 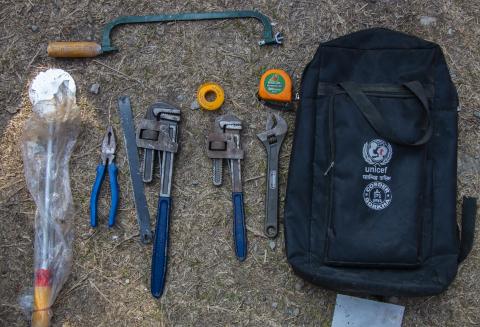 Wrench in hand
In the epicentre of the 2015 Gorkha earthquake, UNICEF-trained plumber Januka Karki is turning gender expectations on their head.
Read the story 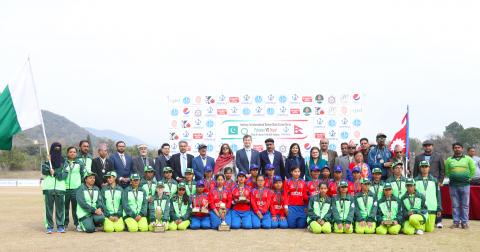 Not just a gentleman’s game
Women with disabilities in Nepal are proving that cricket is everyone’s game.
See the story 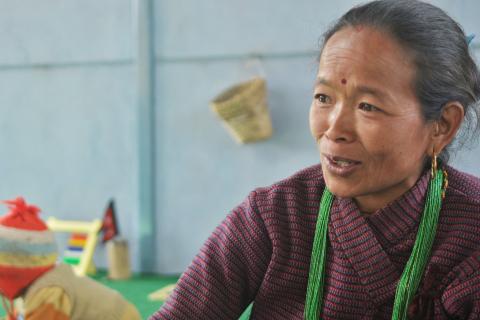 Learning knows no age
In eastern Nepal, 50-year-old Saraswati Tamang is living proof that there really are no limits to learning.
Read the story