Eliminating violence against women and girls is everyone’s responsibility

MAPUTO - One in three women in the world experience physical or sexual violence at some point in their lives. This affects all countries, and Mozambique is no exception. In the country, an estimated one in four women suffers this type of violence and that one in two girls marries before the age of 18. Among them are Josefina*, 21, who was raped on her way back from school; Lídia*, 19, retained in 12th grade because she refused to exchange sex for grades with a teacher; and Maria*, 17, expelled from her home because she refused to marry an older man.

After decades of global efforts and achievements to improve the lives of women, the European Union (EU) and the United Nations (UN) launched in 2017 a global partnership to end all forms of violence against women and girls - the Spotlight Initiative. Mozambique is one of eight countries in Africa selected to implement the Initiative. Under the leadership of the Government of Mozambique, through the Ministry of Gender, Children and Social Action, the Initiative was launched in the country in 2019 to benefit six million people in the provinces of Gaza, Manica and Nampula between 2019 and 2022, in the priority areas of fighting sexual and gender-based violence, eliminating early marriages and promoting sexual and reproductive health and rights.

One year into the Initiative’s launch, Mozambique has reached important milestones resulting from the efforts of the Government and its partners in recent years. Following the approval by the Assembly of the Republic of the package of laws that includes the law prohibiting early marriages, the Ministries of Justice and Interior trained their staff in the application of laws related to gender-based violence. The Ministry of Finance trained 50 staff in gender-sensitive planning and budgeting to prioritize the interests of women and girls in national planning exercises.

The Government has established a new Integrated Assistance Center for Victims of Violence in Nampula and two others are undergoing rehabilitation in the Provinces of Manica and Gaza. In these centers, survivors obtain medical, psychosocial, police and legal support. Each case is recorded on a single file, preventing the survivor from having to repeat her story. In addition, the Ministry of the Interior has developed InfoViolência, a software to collect and manage data on cases of violence, which will help to refer survivors to other sectors, such as health, justice or social action. To serve communities in remote areas, the Ministry of Health will provide six mobile clinics to respond to gender-based violence and sexual and reproductive rights needs.

Civil society involvement is essential to generate awareness among the general public and the communities. Seven women's organizations formed a Consortium Against Sexual Violence, which sensitized traditional and community leaders, journalists and public transport operators on gender issues. To promote a change in attitudes and behavior at the community level, a radio soap-opera reached two million people in local languages, ​​and face-to-face campaigns reached around 20,000 people with key messages in Nampula, Manica and Gaza.

Sexual and gender-based violence, early marriages and barriers to sexual and reproductive health are manifestations of inequality of power between men and women. The cost of inequality is high and affects everyone: it prevents half the population from fully participating in society, puts enormous pressure on health and justice systems and slows down economic and social development. The consequences of violence against women last for generations.

The theme of this year's International Women's Day, "I Am Generation Equality", calls for each and every one of us to take a stand on gender equality. The UN and the European Union are ready to join forces with Mozambican institutions and civil society, at the national and local levels, to accelerate action to end violence against women and girls. Each of us has a role to play. We will eliminate violence! Let us work together with the Government, local and national authorities, communities, development partners, the private sector, men and boys, women and girls, for a generation of equality where all Mozambicans can live a life free from violence. 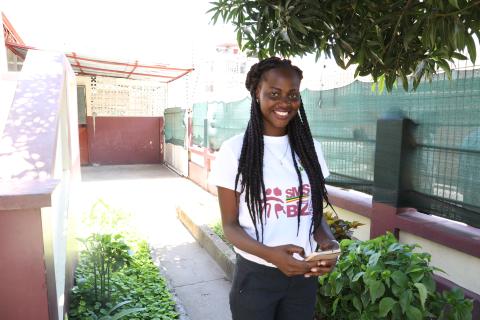 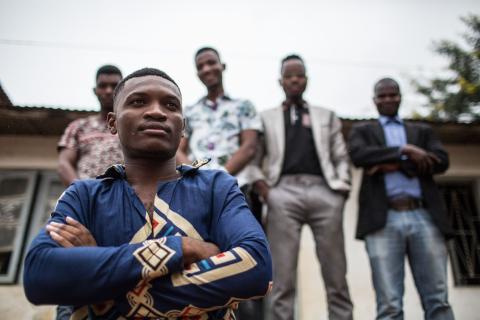 How men are redefining masculinity in Mozambique

In 2019, more than 16,000 men in Mozambique were sensitized on women’s rights and sexual and gender-based violence under the Spotlight Initiative. 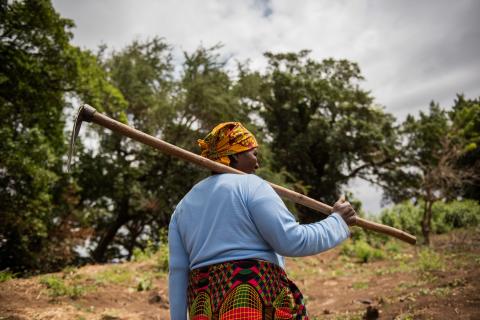 “I support my six children on my own”

Alzira Mahanjane, 34, endured a decade of domestic violence. With support from AREPACHO, a Spotlight Initiative-supported organization`.

Community activists are on a mission to end child marriage

Maria and Francisco, community activists who work for a Spotlight Initiative-supported organization, rescued a girl from child marriage