In southern Madagascar, malnutrition in children soars as families struggle to feed themselves

It is estimated that at least half a million children under the age of five will be acutely malnourished in early 2022, with 110,000 in a critical state.

Vaha, 26, a single mother of six lives in the Ambovombe district, one of the areas hardest hit by food insecurity. Two of her children are suffering from severe acute malnutrition. Four years of drought have left more than one million people in southern Madagascar in urgent need of food and other humanitarian aid. In this district an alarming 27% of the children are malnourished. With the lean season approaching – the time of year when food stocks are lowest – this crisis is expected to worsen considerably, with the number of people living in "catastrophic" conditions likely to double.

Vaha’s son’s severe malnutrition has left him emaciated. She worries for his recovery and for his long-term development. "This is a such difficult situation for me and my children,” she says holding her son's hand.

Four years of drought have left more than one million people in southern Madagascar in urgent need of food and other humanitarian aid. Many families have had to sell what few belonging they had to survive. Vaha was a farmer, but due to the drought she now earns her living selling wood, which she transports to Ambovombe in a cart she rents from a neighbour. Without a partner to support her in the daily chores required to keep the family going, Vaha ends each day exhausted, unclear how she will cope with the days ahead.

Like other families, she has been forced to scavenge to survive. The red cactus that the family picks is often their only source of food.

Five kilometres away, lives Sorognasae who is raising seven children on her own, two of whom are also suffering from severe acute malnutrition. She is supported by her eldest son Laha Tsimatahotse, 14, who has become the pillar of the family. Laha helps his mother by collecting water from the baobab trunks, looks after the zebu cattle and prepares the wood that the family sells in Ambovombe to earn some money. On this day, Sorognasae and two of her children return from the Ambovombe market with some sweet potatoes and a little rice. They managed to sell some wood and were able to buy enough food for two days.

Malnourished children in the region are cared for at the Ambohimalaza health centre. Where they are weighed and measured and receive a therapeutic food paste that is rich in calories and nutrients.  Three volunteer nurses work at the health centre. "We’re now treating more than 200 cases of severe acute malnutrition," explains Asaaze Angeline, the head nurse. She measures the upper arm of Mara, Laha’s little brother, to determine whether the child has put on weight. Happily, the measurement tape shows green, indicating that the child is doing well. His status will continue to be monitored for several weeks. Despite the challenges faced by his family, and his role in supporting his siblings, Laha finished 2nd in his class. It was a moment of great pride for his mother.

Vaha, also receives additional packets of the therapeutic food paste known as PlumpyNut. These life-saving treatments are provided by UNICEF with funding from donors such as ECHO, USAID, UN CERF and the UK government. Families at the centre also receive two 20-litre containers of water per day. Drinking unsafe water seriously affects a child’s health and contributes to malnutrition. Responding to the food and malnutrition emergency means addressing all the factors putting children’s lives at risk.

Access to clean water remains a major challenge for families in the region. The drought has forced people to drink whatever they can find, with inevitable health problems. UNICEF and partners are responding by preventing and treating malnutrition, providing access to safe water and sanitation and health care. But more needs to be done. 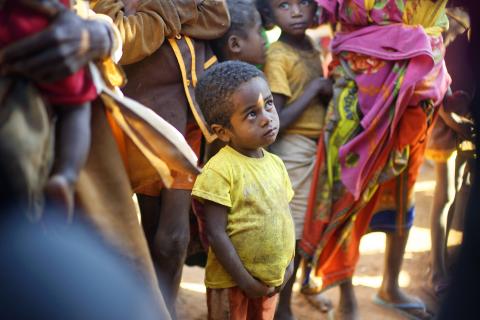 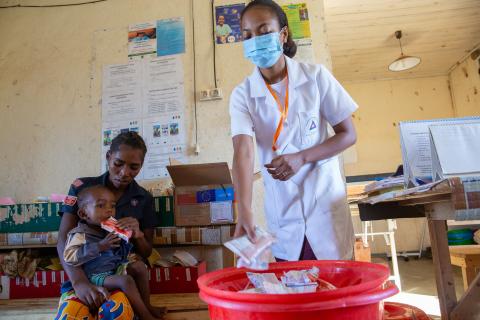 More than half a billion dollars have been pledged to tackle severe malnutrition since July, in global unprecedented response to the worsening child malnutrition crisis. 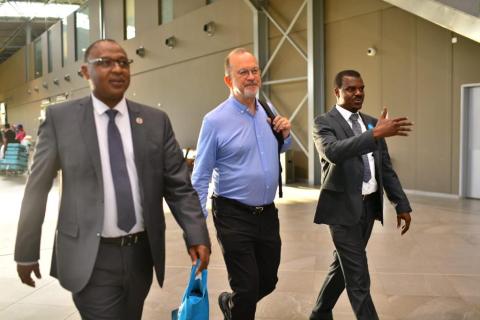 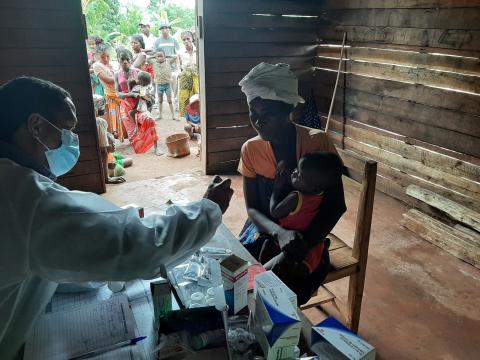