"Children’s lives are at risk", UNICEF Lebanon states as it raises an alarm and appeals for 5 million USD in order to respond to a measles outbreak. The child rights organization stresses the huge importance of unhindered access to free vaccines for all children.

Beirut, April 5, 2018 - UNICEF has provided Lebanon with free vaccines for all children in the country for the past 25 years. Today, due to a funding gap, the organization says its ability to respond to a measles outbreak may be compromised, putting children's lives on the line.

Last month the Ministry of Public Health declared a measles outbreak in four areas of the country. While 2017 saw 130 cases of measles in Lebanon, the first 12 weeks of 2018 saw 184 cases, of which the majority is Lebanese.

Supported by UNICEF, WHO and other partners, the Ministry of Public Health is currently immunizing in the affected areas – not only for measles but also for polio in order to mitigate the risk of polio spreading from Syria. All children under 15 are being targeted.

In order to be able to respond to the outbreak and prevent other diseases to spread and threaten the lives of children in Lebanon, UNICEF is appealing for 5 million USD.

“If we don‘t react now, more serious epidemics will hit. We have vaccines in stock, but, with a looming threat of rapid spread of measles, we need to replenish stocks and make sure we reach every single child. With current funds, we can‘t increase our efforts in reaching vulnerable children in isolated areas with mobile vaccination units or with mop-up campaigns and we can‘t remove some of the obstacles we know are stopping children from being immunized“, Tanya Chapuisat, UNICEF‘s representative in Lebanon, states.

At the same time, as UNICEF appeals to donors to support in fighting the outbreak, UNICEF and WHO strongly encourage all parents in Lebanon to take their children to some of the 700 public health centers across the country to have them vaccinated.

UNICEF, that this year marks its‘ 70th year in Lebanon, provides free vaccines across the country. However, private clinics and some public health centers charge for the provision and that is an obstacle for many.

“Immunization is free and has to be free; that is every child's right. UNICEF and WHO are working with the Ministry of Public Health on ensuring that“, Chapuisat says.

UNICEF and WHO encourage those that get charged for vaccinations at Public Health facilities, to call 1214 and inform the Ministry of Public Health.

Lebanon was last hit by measles in 2013 with 1,760 cases but since then the country‘s population has grown considerably as well as the strain on its health system.

Poverty on the rise and worsening living conditions are likely reasons for the current spread of measles. Moreover, UNICEF has recently documented low vaccination coverage in a number of places across the country. A cumulation of non-vaccinated children is therefore also a likely reason.

“When some children miss out on vaccines, the risk of disease for all children increases”, says Tanya Chapuisat, UNICEF’s representative in Lebanon.

At least 90% of children need to be vaccinated in order to hinder the spread of measles.

Measles remains a leading cause of death among young children globally, despite the fact that a safe and effective vaccine has been available for 40 years. Measles is one of the most contagious diseases known and many non-immune children contract the respiratory disease if exposed to the virus. Measles is an acute illness caused by a virus. During the first few weeks after contracting it, a child’s immune system will be compromised, and a normal cold or diarrhea can become life-threatening if children have limited access to medical treatment. 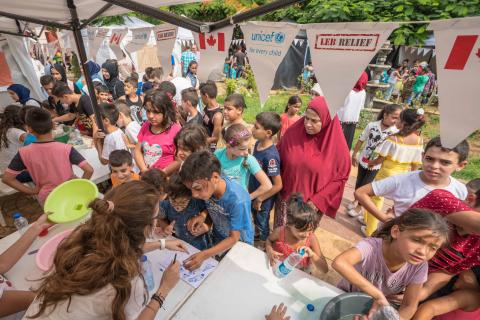 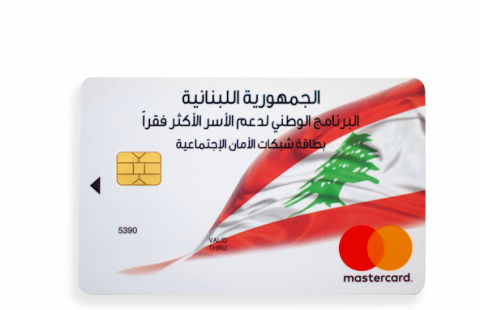 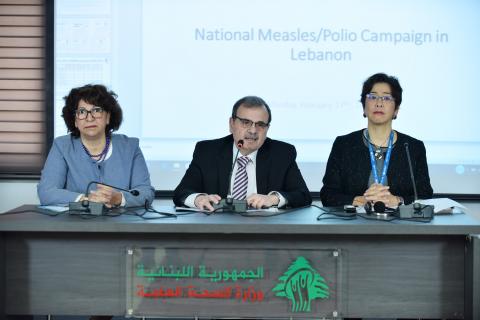 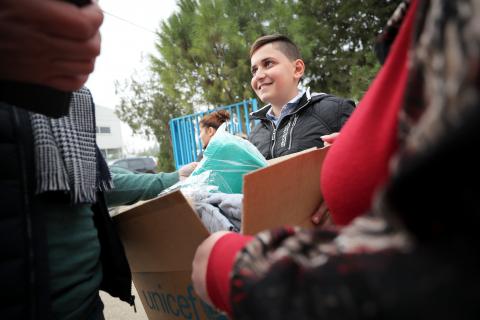