What it means to be a child in Kosovo*: Launch of the findings from the 2020 Multiple Indicators Cluster Survey (MICS)

Education and health are building blocks for the development of human capital; however, challenges persist, new data on situation of children and women shows in Kosovo 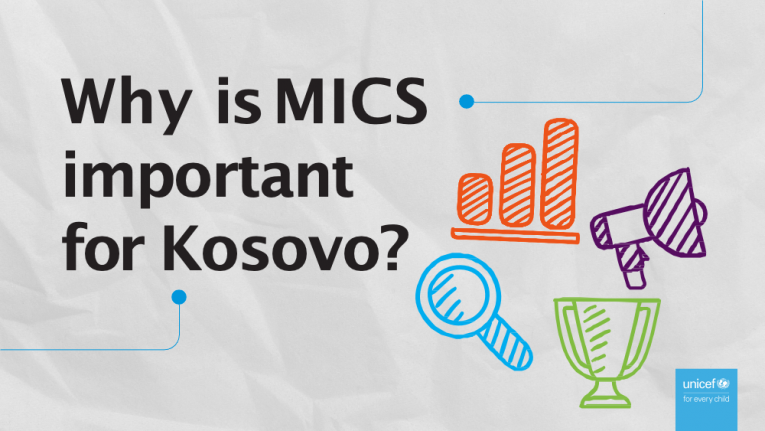 Prishtina, 20 November 2020 – The Kosovo Agency of Statistics in partnership with UNICEF launched the findings of the largest household survey about children and women in Kosovo, today. The data has been generated through the Multiple Indicator Cluster Survey (MICS) programme, supported by UNICEF and implemented in over 100 countries around the world. On the occasion of World Children's Day, more than 350 people participated in the online launching event to understand what the new data tells about being a child in Kosovo, today.

While much has been done to ensure the realization of children's rights in Kosovo, several issues remain to be addressed.

MICS reveals for example that:

- A large proportion of children (72%) are reported to be violently disciplined.

"Today is a special day, the Kosovo MICS findings are launched on World Children's Day. This data on children originates from over 20,000 interviews. The findings present us all with an urgent call to action. MICS gives children -  1/3 of the Kosovo population - the space to make their voices heard on issues that they care and are concerned about. Partners and the international community now have a unique window of opportunity, but also an obligation, to fulfil every child's rights. We must invest in children“ invest in Kosovo's human capital now", says Murat Sahin, Head of the UNICEF Office in Kosovo.

During the event, Rijad Mehmeti, UNICEF Child Rights Advocate said: "We, the children with disabilities, are counting on you! The least we would expect is for you to be able to count us", referring to the longstanding lack of data on children with functional difficulties.

The new information arising from MICS provides an opportunity for Kosovo Institutions and international agencies to more accurately and effectively target resources and development assistance. This will be critical especially now, as Kosovo responds to and mitigates the socio-economic impacts of the COVID-19 pandemic on its children.

Following these first results, UNICEF will continue the further analysis of the MICS survey findings to extract more data for evidence-based decision making, allowing for example targeted, increased allocations of public budgets for child-relevant services, notably health, education and social protection, while also contributing to the improving of the efficiency of resource use, to strengthen the enabling environment for child rights and national development.

UNICEF thanks the Ministry of Finance, the Government of Luxemburg, UNFPA, UNKT, UN Women, and the Millennium Foundation Kosovo for their financial support to the MICS.

MICS is one of the largest household surveys globally supported by UNICEF since the 1990s. It is designed to collect statistically sound, internationally comparable estimates of around 200 indicators to assess the situation of children, women and men in the areas of health, education and child and social protection, among many others. To allow for better monitoring of equity and inclusion of the most vulnerable groups, MICS indicators are disaggregated by demographic and socio-economic characteristics of the population.

Kosovo has undertaken two rounds of MICS surveys, in 2014 and in 2020, both implemented by the Kosovo Agency of Statistics. In each round, two parallel surveys with separate samples were conducted, a MICS with the general population and a MICS with the Roma, Ashkali and Egyptian communities in Kosovo. In addition to generating new indicators that have not been available before, the 2020 round of MICS provides data for measuring progress made since 2014 for several indicators.

The Kosovo MICS surveys will contribute to filling data and knowledge gaps and will provide opportunities to strengthen evidence-based planning, programming and accountability. The surveys also constitute a rich source of data to set baselines and monitor national commitment towards the Sustainable Development Goals (SDGs), collecting half of all household survey-based SDG indicators, setting baselines for pre-COVID-19 pandemic.

What does MICS say about children?

The 2020 Kosovo MICS surveys highlight progress made on increasing child survival over the past decade, yet it is still estimated that 16 children under 5 years of age die per 1,000 live births. This is almost two times higher among children living in Roma, Ashkali and Egyptian communities, with 27 children dying per 1,000 live births.

A healthy start in life is key in ensuring that children can develop and reach their full potential.  In Kosovo, only 29 percent of children (under six months of age) are exclusively breastfed. In addition, about 73 percent of children under 2 years of age are fully immunized in Kosovo, with the full immunization rate among children living in Roma, Ashkali and Egyptian communities for the same age group being as low as 38 percent.

While quality care and early learning are critical for child development and economic growth, only 15 percent of children aged 3 years attend an early education programme in Kosovo - the lowest proportion in the Europe and Central Asia region. Moreover, children of this age do not receive the needed responsive stimulation in the home environment either, with less than half of mothers (46 percent) and only 10 percent of fathers engaging in activities that promote learning and school readiness at home.

While there is a high proportion of children and adolescents enrolled in education over 90 percent, for many children, schooling may not lead to learning. In Kosovo, a large proportion of children age 7 - 14 years (80 percent) are able to read a story correctly and a higher proportion of them are able to identify numbers (88 percent). However, less than half of children demonstrate foundational reading and numeracy skills that are equivalent to Grade 2 - which includes answering comprehension questions in reading and performing mathematical tasks such as number discrimination, number addition and pattern recognition and completion. Children living in poorest households specifically demonstrate lowest foundational learning scores.

Environment
Living in a conducive and healthy environment is critical for the wellbeing of all children and adolescents. In Kosovo, 1 in 4 children under 5 years of age live in the poorest households and only 7 percent of women and 12 percent of men aged 15 - 49 years are covered by health insurance. Only 20 percent of household members live in households that primarily rely on clean fuels and technologies for cooking, space heating and lighting. While the majority of the household population in Kosovo has basic drinking water services and basic sanitation services (about 90 percent), about 23 percent of the population consumes contaminated water with Escherichia coli.

For more information on the 2020 Kosovo MICS surveys with the general population and the Roma, Ashkali and Egyptian communities, please visit http://mics.unicef.org/

UNICEF will also be publishing fact sheets on findings on its Kosovo page: https://www.unicef.org/kosovoprogramme/ 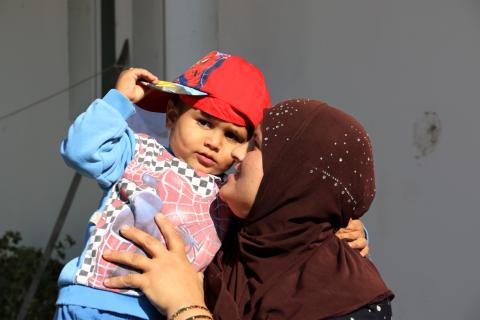 Designing the future based on accurate statistics on households conditions. 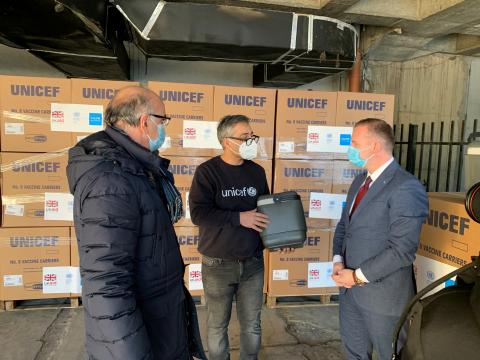 UNICEF delivers 1,344 vaccine carriers for regular immunization programme to the Ministry of Health with the support of the United Kingdom and Luxembourg Government 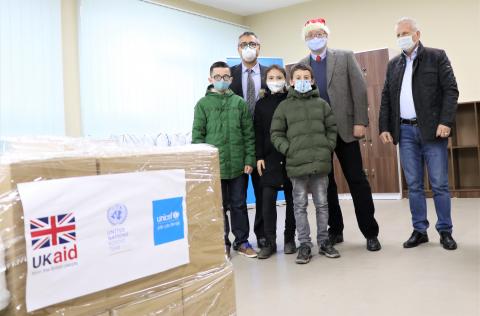 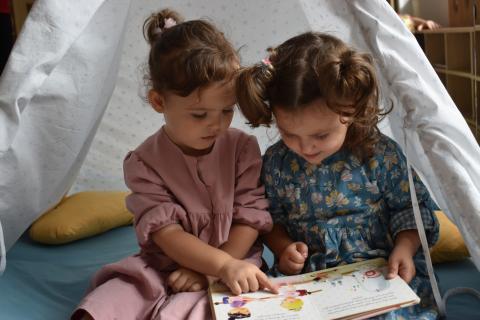