UNICEF in Kosovo promotes social inclusion of the most vulnerable children. We are committed to leave no child behind!

UNICEF Kosovo remains the most reliable voice for children in media outlets.

31% of Kosovo’s population is 0-18 years old. Kosovo has the youngest population in Europe with an average age of 29.5 years.

Children in rural areas are less likely to have access to quality education and health care, with members of ethnic minorities and those living in the poorest households experiencing even more limitations. Children with disabilities also face numerous challenges and, for the most part, remain invisible in Kosovo. Kosovo’s health and education systems have struggled to provide quality services due to limited financial and human resources. Poor governance, gaps between policy, planning and implementation and limited financial resources have contributed to discrepancies in child-relevant services, especially at the municipality level.

Children are more likely to miss out on key opportunities if they live in rural or remote areas, are from Roma, Ashkali or Egyptian communities, have a parent with lower education or come from a poor household.

Nearly 23% of Kosovo’s children live in poverty and 7% live in extreme poverty.

Poverty in Kosovo disproportionally affects women, children, ethnic minorities, people with disabilities and rural populations. One in four children under 5 years of age live in the poorest households. Only 20 per cent of household members rely on clean fuels and technology for cooking, heating and lighting. Nearly 90 per cent of households have access to clean drinking water, but 23 per cent of the population still consumes water tainted with E. coli. Gender discrimination plays a significant role in hindering women’s access to economic, social and political opportunities and inequality in urban areas is on the rise. Spending on social protection in Kosovo continues to be well below the regional level and limits the ability to reduce poverty and inequality, in part because children aren’t directly addressed in the social programs.

73% of children under 2 years of age are fully immunized. Among children from Roma, Ashkali and Egyptian communities the rate is 38%.

Child health indicators in Kosovo are still among the poorest in the region, pointing to gaps in both access and quality of healthcare. Data indicates the need to strengthen equity-focused policy action to fully address all aspects of Child Health Development and Wellbeing. Children, poor households and other vulnerable groups have the most difficulty receiving the health-related services they are entitled to. Immunization rates still lag partly due to a lack of awareness on the importance of keeping up with immunization schedules. The lack of reliable and quality administrative data also limits the ability to track progress on immunizations.
The Infant Mortality Rate in Kosovo is estimated at 15 per 1,000 live births, while among children from Roma, Ashkali and Egyptian communities the rate is nearly two times higher, estimated at 26 per 1,000 live births. 100 per cent of births in Kosovo are delivered by skilled health attendants. (MICS 2020)
Child malnutrition continues to be a concern in Kosovo and striking inequalities exist for children in the poorest households and in Roma, Ashkali and Egyptian communities. Only one in three children between 6 and 36 months of age receives the minimum acceptable diet. In the richest households, 49 per cent of children received the minimum diet diversity versus 34 per cent of children (one in three) in the poorest households. While about 80 per cent of children receive the minimum recommended number of meals, only 45 per cent of children receive a minimally diverse diet.

87% of Kosovo’s children and only 24% of children from Roma, Ashkali and Egyptian communities’ complete upper secondary education.

41% of children in Kosovo have a foundational level of literacy and 42% have a solid foundation of numeracy skills.

Children in Kosovo who live in rural, poor households are most at risk for receiving lower quality education. Inequalities and variations, which exist among municipalities, also impact a child’s access to high- or low-quality education. The lack of spending on education, insufficient preparation and support of teachers, low-quality facilities and inadequate use of student-centred teaching methods are key factors that determine the level of quality education a child will receive.

Foundational skills are an important measure of education in Kosovo. While 80 per cent of 7 to 14-year-olds can read a story correctly and 88 per cent are able to identify numbers, less than half of Kosovo’s students retain Grade 2 equivalent skills. 41 per cent of children have a foundational level of literacy and 42 per cent have a solid foundation of numeracy skills. Among children from Roma, Ashkali and Egyptian communities, these rates dip even further to 18 per cent literacy and 13 per cent numeracy skills.

8% of Kosovo’s children have a functional difficulty in at least one domain. Only 10% of children with disabilities benefit from health education and social services. 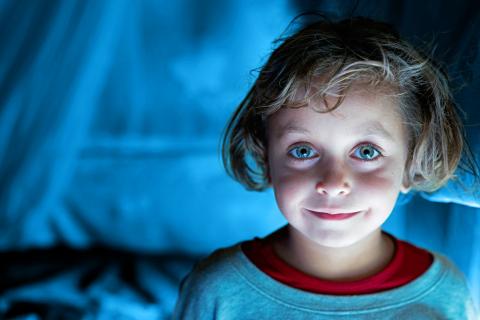 UNICEF is the global leader promoting and protecting children’s rights in 190 countries, including in the context of Kosovo. 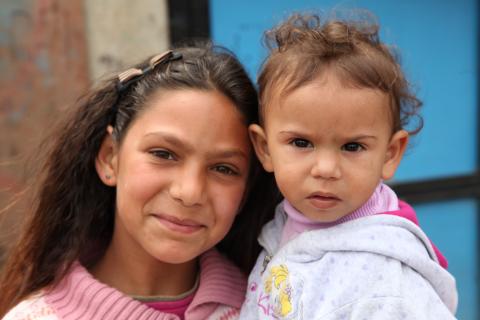 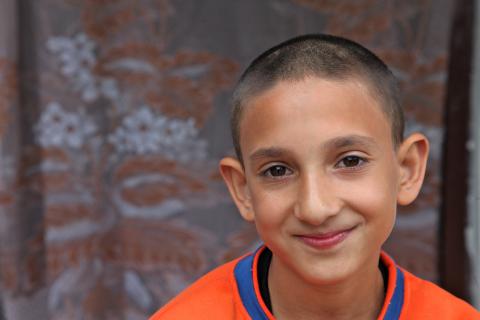 Stories about children & young people, their families, and the people we work with from across Kosovo. 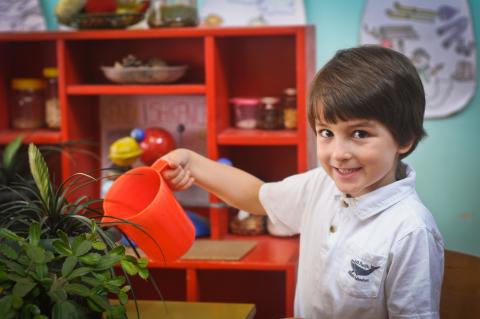 You can help improve children's lives throughout Kosovo.