When Engel Laisina, 23, was just an elementary school student, once every year during the school break, her father would bring his wife and Engel across the ocean from their hometown of Haruku Island in Moluccas Province to Ambon City as part of his appreciation for her academic achievements. That was fifteen years ago.

Throughout the years of getting on and off the vessel, Engel noticed that the shorelines were eroding and coral reefs around the dock were damaged. She was struck by this, but little did she know it was part of the climate change impact caused by human greed and carelessness.

By the time she was a sophomore year student, Engel had become passionate about environmental issues. She decided to create #TarusJagaRumah – an initiative to educate people in her hometown about how to protect the environment by planting trees, cleaning up the beach and not littering.

“If we can protect the environment, it will protect us too,” Engel often reminded people in her hometown. She would give the same assurance to fellow participants in conferences about climate change that she attended.

After many years of these conferences, Engel felt her voice would only resonate within the hallways and buildings. There was no concrete follow-up or actions to systematically address the problems she kept speaking about. Much to her disappointment, it dawned on Engel that many events involving youth like her were not taken seriously.

She was not alone. Some 1,500 miles away, Cristina Setyanigrum, 22, a senior year student in Salatiga City, felt exactly the same. “Youth should not just be involved in decorative participation, invited to wear nice clothes and to smile or greet people during the opening session,” says Cristina.

“Decorative youth participation is no longer our level!”

Cristina’s concerns about child protection led her to initiate Jo Kawin Bocah (an initiative to prevent child marriage). The provincial facilitator of Child Forum in Central Java using the social messaging platform U-Report provided by UNICEF, Jo Kawin Bocah gathered views from more than 6,000 children in Central Java that were presented to the Governor of Central Java Province.

When UNICEF selected Engel and Cristina as Mitra Muda (Young Partner) members, they were thrilled about a chance to engage in ways that are not tokenistic. Established in 2021, Mitra Muda is a UNICEF-supported youth engagement network that strives for inclusive and meaningful participation.

With membership of 100 strong and growing, Mitra Muda develops the skills of young people to become strong advocates on matters that affect them.  It empowers youth to participate actively not only in their communities, but also regularly in UNICEF-supported programmes.

Through Mitra Muda, Engel and Cristina have renewed hope and energy to tackle the development issues they care so deeply about. They want similar opportunities for other young people who share the same aspirations to speak up and create positive change.

Indonesia’s 65 million young people (aged 10-24) account for almost a third of the population. Their views are critical to drive social change and find solutions to emerging challenges, but they are often excluded from relevant decision-making processes or made to feel that their views don’t count.

This year, the G20 leaders – under Indonesian Presidency – will be making some critical decisions that will have significant implications for children and young people. The G20 process includes official channels for young people to offer their perspectives, such as the Youth20 (Y20) and Urban20 (U20) consultations.

Mitra Muda members like Engel and Cristina who were involved in the Y20 and U20 processes are very keen to see if the views of young people will be given due consideration in the G20 deliberations. They remain hopeful.

“The upcoming forum will be talking about the landscape of future economy, environment, and education,” expresses Cristina.

“We must get involved in issues because the 2045 agenda is about our future! My future.”

“I really hope that the commitments to be made this year will not end up at the conference hall or in the press release only. My beloved hometown is very prone to climate change and there is no way to help us without your commitments to protect the environment. Please, please, please make this happen,” appealed Engel.

U-Report is UNICEF Indonesia's communication platform for and from young people so they can get information and participate! Join as a U-Reporter by sending a message: JOIN to the WA U-Report number, +628119004567 or click the following link: Join U-Report.

How You Can Help?

Thanks to partner support and collaboration with communities, UNICEF can facilitate Indonesian youth to provide room for their voice and participation in Indonesia's sustainable development plans for a better life in the future.

However, much more remains to be done to make their aspirations a reality. For that we need your support.

If you want to help promote more Indonesian youth programmes like this, you can donate to UNICEF. We would really appreciate it. 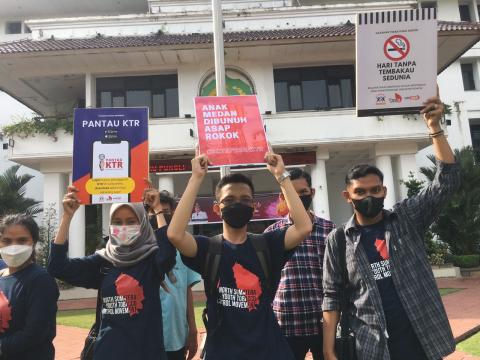 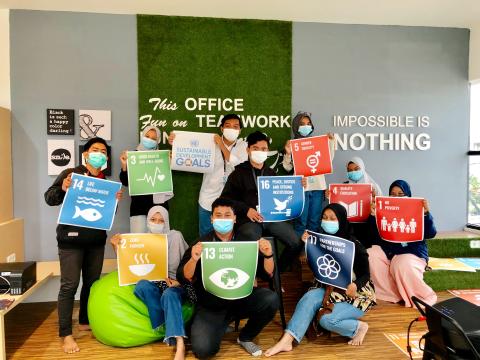 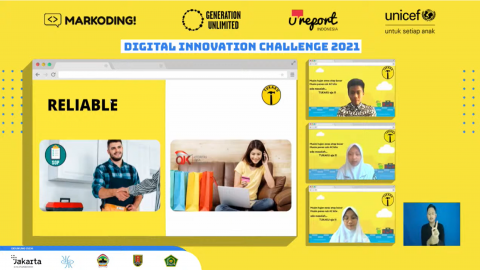 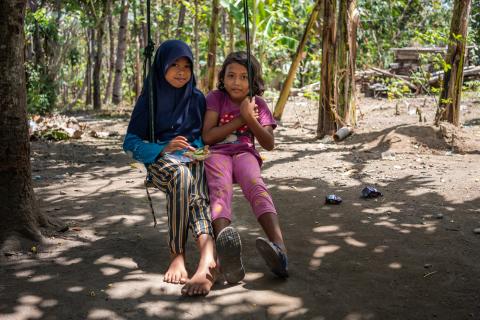 It's okay to not feel okay