After testing positive for COVID-19, a father in Kupang found his spirit and became determined to ensure his children stayed healthy

KUPANG, Indonesia – When El-Asamau arrived at the Puskesmas Bakunase in July to have his youngest child vaccinated, he was greeted with warm smiles. It had been several weeks since he was last in the Kupang City health centre, and the staff were happy he and his family were in good health. The mood was light and much different than when they last saw him.

El-Asamau is a civil servant with the Department of Transportation in Alor. In April, he was the first person in East Nusa Tenggara Province to test positive for COVID-19 after travelling to Jakarta for a business trip. When he returned to Kupang, he learned that a colleague he travelled with recently died from COVID complications.

Although El-Asamau showed no symptoms, he was required to undergo quarantine in a hospital. As the first and only COVID-19 patient at the time, he was moved to a room that had just been set up. As he entered, the smell of fresh paint from the white walls greeted him. After a few days alone in isolation, the solitude began to take a toll on him.

“The first day was okay, but on the second and third, I started feeling depressed,” he said. “I didn’t feel like eating, I even cried. Some people online called me a virus carrier, and I felt worthless.”

Although his family tested negative, they also dealt with the stigma associated with the disease. During the early days of the pandemic, misinformation and fear of the virus were rampant. Many didn’t understand the virus or how it spread, leading to patients and health workers being shunned by the community.

“People wouldn’t go by my in-law’s house in Kupang,” El-Asamau recalled. “In Alor, there was even an appeal to not come near our house.”

But as the days wore on, he began to reflect on what mattered to him. He kept thinking about his youngest son, Albirant, or Al as they call him. With his own COVID-19 infection front of mind, he remembered that Al was due for his vaccination. Outside of his job, El-Asamau is an activist and speaks out in support of education and children’s rights on social media.

“My wife and I believe that immunization is our children’s right, and we do not want to take that away from them."

“My wife and I believe that immunization is our children’s right, and we do not want to take that away from them,” he explained. “We also see that when people aren’t vaccinated, they are vulnerable to diseases. We don’t want that for our children.”

Thanks to support from family, friends and the health staff, El-Asamau found his spirit. After 17 days in quarantine, he tested negative for COVID and was dismissed from the hospital. He returned to see his family who had self-isolated at home.

Weeks later, he and his wife decided to bring Al to the health centre to be vaccinated. As he watched his son receive a jab in the arm, he felt secure knowing his child would be protected from deadly diseases. While many Indonesian parents and caregivers have been hesitant to have their children immunized during the pandemic, El-Asamau had a simple but reassuring message.

“Don’t take away the rights of our children. Think about what could happen if they don’t get immunized. Health workers have protocols in place, so there is no need to worry to take our children to a health centre even during the pandemic.” 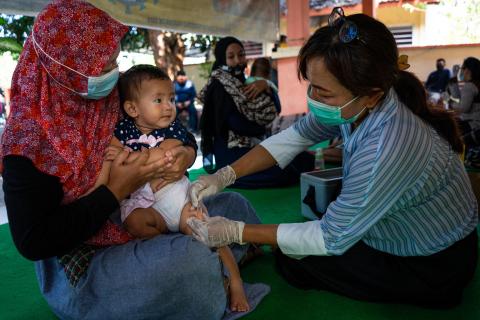 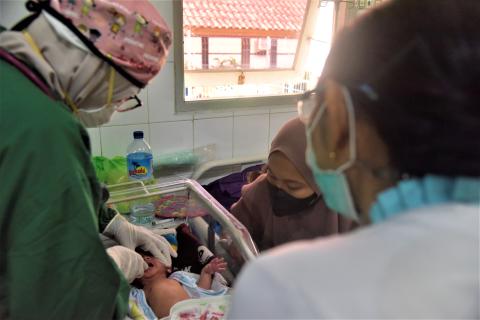 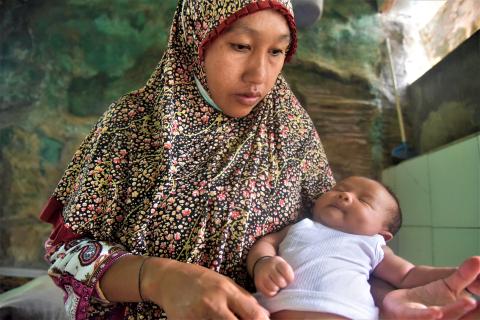 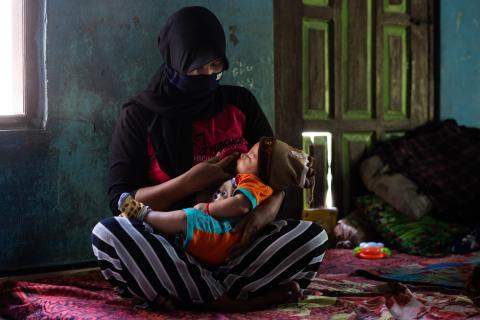