We work to improve maternal, newborn, child and adolescent health through collaboration with communities, governments and partners in India.

Every day 67,385 babies are born in India, that’s one sixth of the world’s child births. Every minute one of these newborns dies.

The day of birth is the riskiest day for both the mother and the newborn as nearly 40 per cent of newborn deaths and half of maternal deaths occur on the day of birth. Measures to ensure that every woman delivers in a health facility, assisted by a skilled birth attendant, are key to preventing these deaths as nearly five million newborns are delivered at home in India every year.

Concerted efforts have seen neonatal deaths, occurring within in the first 28 days of life, reduce significantly from one third of the global deaths to below a quarter of global newborn deaths.

Increases in the number of women delivering in a health facility, from six out of ten to eight of ten, has contributed in one million fewer newborn deaths and 10,000 fewer maternal deaths every month. Pre-maturity (39.5 per cent), neonatal infections (17 per cent), birth asphyxia (31 per cent) and congenital malformations (4 per cent) are among the major causes of new-born deaths. Ensuring access to quality care and delivery in a health facility has been key because nearly 46 per cent of all maternal deaths and 40 percent of neonatal deaths happen during labour or the first 24 hours after birth.

India has shown significant progress in the reduction of child mortality and the focus now needs to be on newborns and reaching the most marginalized children, with special focus on the girl child. The gains in reducing neonatal deaths have not been as significant as those in reducing under-five deaths. India contributes to nearly one sixth of the global burden of under five deaths and around a quarter of the global burden of neonatal deaths.

India is the only large country in the world where more girl babies die than boy babies. The gender differential in child survival is currently 11 per cent. This discrimination begins even before birth with an adverse sex ratio for the female child, meaning more boys are born than girls, and continues across all stages of a child’s life. Statistics reflect community attitudes with fewer hospital admissions for girls than boys, showing that parents sometimes give less attention to girl newborns. In 2017 alone 150,000 fewer girls were admitted to SNCUs than boys.

Most newborns die from things that we know how to prevent or treat: complications due to prematurity or during labour and birth, and infections like sepsis, pneumonia, tetanus and diarrhoea.

Newborn deaths can be prevented with simple and inexpensive interventions. Yet almost 70 percent of children who die under the age of five do so within the first month of life. Preventing newborn deaths requires concerted action at all levels of society – from families and communities to health care workers and governments.

UNICEF is working in partnership with the Government of India in implementing its maternal, child and newborn health programmes across the Country to make sure they reach every child and every parent.

Under-five mortality for girls in India remains 8.3 per cent higher than for boys. Globally this is 14 per (Source: UNIGME child survival Report 2019) cent higher for boys.

The period around birth constitutes a critical window of opportunity for prevention and management of maternal and newborn complications, which can otherwise prove fatal.

UNICEF programming around maternal, child and newborn health seeks to reduce inequities in care, strengthen health systems and incorporate resilience and risk-informed planning. With a combination of adequate investment in the most disadvantaged communities and committed leadership millions of excluded mothers and their children can be saved.

UNICEF works with Ministry of Health and Family Welfare and other partners to improve services and quality care for children and women. Focusing on the most vulnerable, UNICEF addresses the reasons these children and mothers don’t receive the health information and care they need. Programmes are geared to address inequities with special emphasis on changing behaviours and practices around care seeking for the newborn girl.

Community interventions are backed up by efforts to improving access of pregnant women to quality and respectful care in health facility, with follow-up home based newborn care for both mother and child.

Using an integrated and equity approach UNICEF and its partners are improving the lives and health of children and women in India. 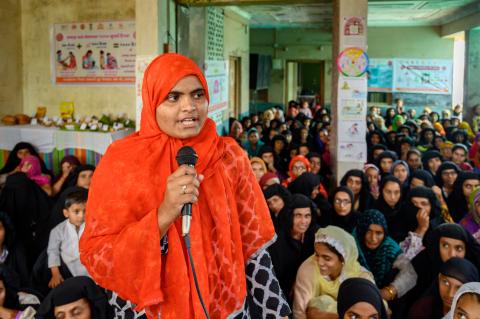 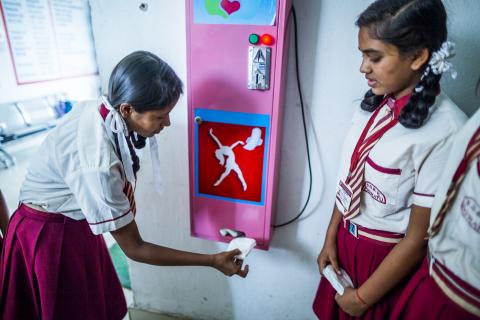 Menstrual hygiene management in schools in South Asia
This report gives a country snapshot of MHM in India.
See the full report 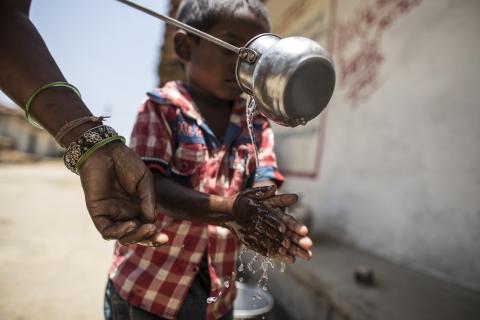 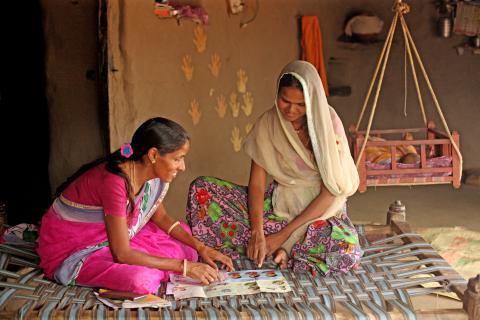