“If you encounter a difficulty, you pull yourself together and start working in order to cope with it. If we start pondering on why we encounter those difficulties, what lies at their source, who’s the guilty one – is it us, the physicians, nature –our whole lives could be spent in constant complaining. We may look back at our lives when we are old and see that they have actually been good. Our problems haven’t been so big and we have wasted our time focusing too much on them instead of living our lives and enjoying the simple everyday things that happen to us.”

This is the worldview that Aleksandra – mother of three-year-old Pavel – has chosen for herself. Rather small for his age, Pavel suffers from unknown and undiagnosed genetic disorders. He learned to walk much later than his peers and only after long physiotherapy sessions, and doesn’t talk much, despite daily visits to speech therapists and appointments with psychologists.

In Aleksandra’s view, however, your attitude to the world around you is crucial. While some people see the challenges as enormous, Aleksandra, her husband, their daughter and for Pavel, however, these are nothing more than a few difficulties that you learn how to overcome – step by step, every day, as much as you can, however you can.

“Each family, each child, irrespective of whether it experiences difficulties or not, faces its own challenges, hardships,” says Aleksandra. “We are no different—just a normal family with two kids who both have their personal needs of a happy childhood, love, attention and care”

“Our family hasn’t centred its life around Pavel’s disorders,” she says. “We keep up our social contacts, go on walks, like a change of scenery and holidays.” She feels that if you confine yourself to your home, surrounded by all your problems, you cannot really be an adequate human being or a good parent. “This way or that way, it has happened, so we need to be well and to stay positive, so that we can help him”, she adds.

Aleksandra has stopped being troubled or irritated by disapproving glances, or even by the remarks of the passing people at the park who ask “what sort of parents are you?” when she and her husband refuse to fuss over Pavel when he is crying or having a tantrum. “When he falls into such a state, increased attention only intensifies the problem,” she says. “We have found out that waiting for some time until he stops works best. Sometimes people criticize us openly and comment that he needs a good beating and that we have spoiled him.” But she lets those remarks pass without getting angry and sees them as just part of the rather unfriendly wider social environment around her family.

So you throw an amazing party with a lot of guests: friends, family, physicians, children ... to celebrate the fact that Pavel has begun to walk'"[when he was almost two-years-old].

At home, however, a highly supportive family is vital. Her husband is always beside her and the kids and shares Pavel’s care. Everyone, including Pavel’s older sister, does household chores, knowing that this makes things easier for them all and lets them spend more time together.

They can also rely on a close-knit group of friends, as Aleksandra explains: “The time I spent on maternity leave was extremely pleasant – spending time with Pavel’s many peers and their mothers in the playgrounds, with a lot of play time for the kids. This has continued up till now. Neither the kids, nor their parents or relatives have excluded or pitied us and Pavel in any way, even after it became clear that we were experiencing some difficulties.”

The family’s positive outlook is reinforced by Pavel’s own progress. Visible developments tell them that their efforts are being rewarded. They have learned to see and measure his achievements not by public expectations, but by his own small individual victories.

“So you throw an amazing party with a lot of guests: friends, family, physicians, children ... to celebrate the fact that Pavel has begun to walk' [when he was almost two-years-old]. You wouldn’t see such a party for another child learning how to walk. But each step towards progress, each new achievement, which Pavel accomplishes thanks to so many efforts, is a huge celebration and a cause of great joy for the whole family.”

Aleksandra also feels that she has gone through enormous changes herself since Pavel’s birth and the moment when they discovered that he has a disorder.

“Both me and my family became much more tolerant and calmer. Now I can accept and not get angry with things, which would have brought me out of balance before. I became ever more ready to fight, I learned to defend my child's rights, and not to surrender.”

Like many other parents of children who experience such difficulties, Aleksandra states that the main fight now is with the system, which is supposed to serve the people: with the institutions that often advise her family to emigrate to ensure adequate care for her child; and with the physicians who don’t want to take on Pavel’s case, but just transfer it to each other under the pretext that more tests need to be conducted. And most importantly, with the kindergartens that should ensure the socialization and adaptation of children in society.

The director of the local kindergarten has already refused to enrol her son, as Aleksandra points out. “As soon as she saw that he was smaller than the other kids, she started scaring us with claims that they would beat him, that he wouldn’t feel good there. Then she went on to say that she would need to organize a meeting of all the parents so that she can warn them that the staff will have to spend less time on their children because they will have to pay special attention to Pavel. So ... we decided that he will not attend this kindergarten.”

However, she continues to search and is positive that she will find a kindergarten where her son, whose intellectual challenges are fairly minor, will be around his ‘normal’ peers and will receive adequate care.

After all her battles and all Pavel’s treatments and therapy, Alexandra has another recommendation to all parents in a similar situation. She argues that while you should always seek help for your child, you should not go to extremes and spend your entire life – and theirs – chasing miracle cures and false promises. “Everything needs to be measured,” she says. The priority is to provide “a relatively normal childhood” for your child.

'And after all, this is just a child and it needs time to have fun, play, go out, rest ... time to be a child’ 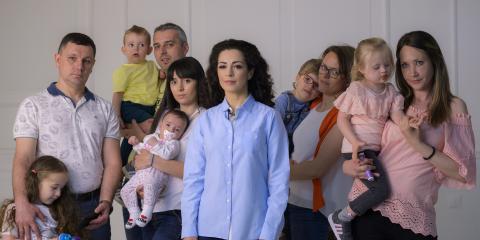 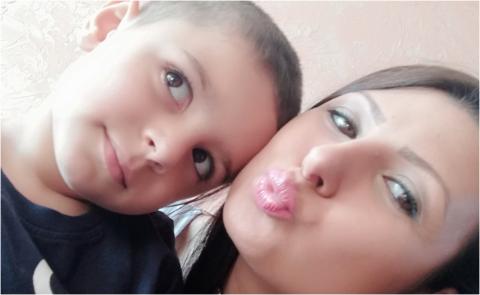 ‘The turning point is to accept your child as it is’

This story is part of UNICEF Bulgaria’s Parenting Month Initiative 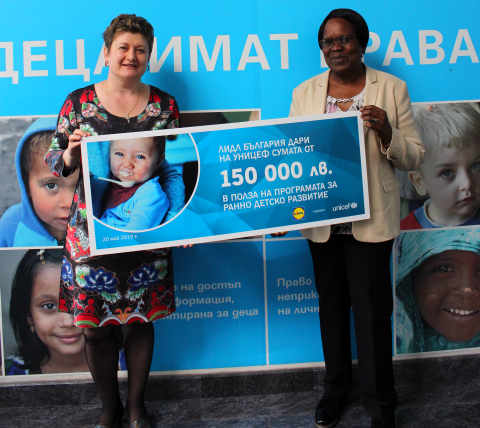 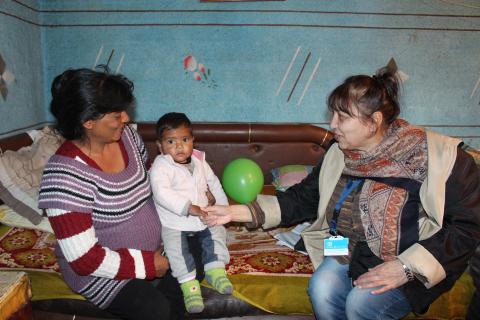 Home-visiting nurse - reaching those most in need

"Initially I couldn't even think it would be possible, but it is now a reality" - Radostinka Penkova, a home-visiting nurse from Sliven