Children should feel safe at home, in school and in their communities. Yet, violent discipline is still widespread in Viet Nam with 68.4 per cent of children aged 1-14 having reported experiencing some form of violence in the home by their parents or caregivers. In many families, violence is used as a means to establish male hierarchies and reinforce masculinity. Such behaviour is influenced by parents’ financial security, level of education and issues such as alcohol or drug abuse.

With violent discipline still a socially accepted norm, children remain especially vulnerable when they have limited understanding of their rights to speak out and seek help when violence occurs. All children have the right to protection from violence, regardless of the nature or severity of the act and all forms of violence can cause harm to children, reduce their sense of self-worth, affront their dignity and hinder their development.

All children have the right to protection from violence, regardless of the nature or severity of the act.

Prevention and responding to violence against children is an important aspect of UNICEF’s work to strengthen Viet Nam’s child protection system. Through playing leading roles in legal reforms and child protection system development, UNICEF is making key contributions to address all forms of violence against children in daily settings - such as schools, homes and communities - and across the education, health and welfare sectors.

A key area of our work to eliminate all forms of violence against children is building on the new Child Law that came into effect in 2017. This ground-breaking law spells out the responsibility of government to allocate resources for children at risk and introduces for the first time an approach that takes aim at preventing violence against children before it happens and responding to violence when it happens. UNICEF is working with relevant government departments and provincial authorities to build a child protection system that responds to the multiple causes and forms of violence.

Strengthening the capacity and resilience of parents and caregivers to end violent discipline in the home is a crucial UNICEF focus and involves development of parenting education and delivery of social care services to support families to address factors that lead to violence against children. Parents and caregivers are also being supported to offer the stimulation and protection from violence to help children to make a safe transition to kindergarten and primary school.

We help families and communities to prevent violence.

The COVID-19 pandemic is having a devastating impact across the world. Efforts to contain the coronavirus are vital to the health of the world’s population, but they are also exposing children and women to increased risks of violence, including maltreatment, gender-based violence and sexual abuse. Recent reports from countries in COVID-19 emergency have shown that restrictions in movement, social isolation and similar containment measures coupled with existing or increased social and economic pressures on families are leading to an increase in violence, particularly against women and children. In many countries around the globe, domestic violence has increased from 30% to 300%. In Viet Nam, 21 million children were at home as schools were closed during social distancing. This new reality has direct implications on child care patterns, protection and safety.

UNICEF, UN Women and UNFPA partner with the Government and other international organizations including Plan International, ChildFund, Save the Children, World Vision and others to launch the BlueHeart Communication Campaign to raise awareness on the increased risks of violence against children and women in Viet Nam in these contexts and call for actions from the general public, parents, caregivers and children as well as policy makers to stand against violence. The campaign is supported by a large number of celebrities and influencers who are amplifying the voices to end violence.

Send a blue heart – a symbol of love, non-violence and hope as a commitment to end
violence and protect children and women. 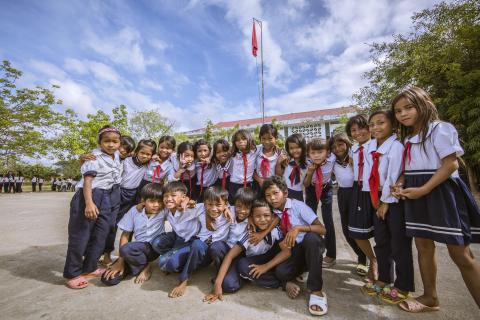 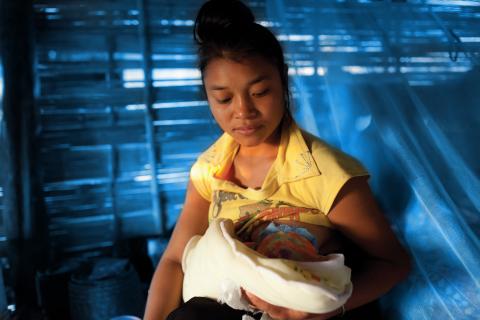 In Viet Nam, we focus on young childhood survival and development, with a key focus on immunization, maternal child health, nutrition and WASH 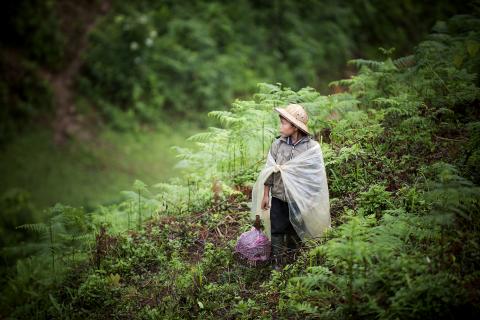 A fair chance for every child. 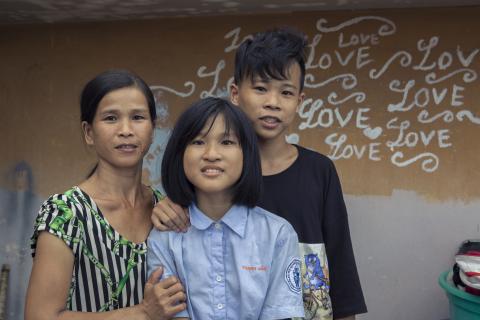