The Government of Viet Nam, the Government of Australia and United Nations agencies (UNFPA, UNICEF and UN Women) step up effort to protect women and children from violence

The outgoing project was implemented jointly by UNFPA, UNICEF and UN Women from May 2020 to May 2021 in collaboration with the Ministry of Labour, Invalids and Social Affairs (MOLISA), the Ministry of Culture, Sports and Tourism (MOCST), the Ministry of Education and Training (MOET), the Viet Nam Farmer’s Union, the Viet Nam Women’s Union, CSAGA and other relevant stakeholders. The project aimed at strengthening the national prevention and response mechanisms to address violence against women and children (VAWC) in the context of COVID-19.

After one year of implementation, the project has achieved key results as follows:

Building on the project’s success, the Government of Australia is now providing AUD 9.5 million to support the new project “Elimination of Violence against Women and Children in Viet Nam” which will be implemented from June 2021 to July 2025. This new project aims to achieve a goal that all women and children in Viet Nam, including those most vulnerable, are able to live a life free of violence through strengthened prevention strategies and multisectoral responses to promote the following outcomes:

At the event, H.E Robyn Mudie, Australian Ambassador to Viet Nam said: “Over the last 12 months, all countries have learnt that a comprehensive response to the pandemic means responding to the challenges to the facing women and children, and working to ensure their safety.  Australia is pleased to be able to announce a new four year initiative worth $9.5 million Australian dollars under which we will work with Viet Nam and our UN partners, to support women and children survivors of violence. Over the next four years, the program will strengthen prevention strategies and multisectoral response efforts to end violence against women and children (EVAWC). This program will work to strengthen systems that respond to violence and provide support to survivors.  We hope that this long-term, practical approach will make a difference where it matters most and that women and children will be able to seek and receive help when they need it.”

Mrs. Elisa Fernandez Saenz, UN Women Representative in Viet Nam said “The COVID-19 pandemic has made evident the need for available, quality essential services to provide an effective response to cases of violence against women and children. It also taught us that collaboration among all stakeholders, is needed to make a substantive difference in times of crises. As we move forward to the next 4-year project, we are offered a key opportunity to sustain our joint efforts so that capacities, resources and systems are in place to adequately respond to every case of gender-based violence and prevent new ones. UN Women is pleased to embark in this journey together”.

Violence against women and children is one of the most pervasive human rights violations in the world today, and its negative impact on survivors, their families, and communities is immense. The 2019 National Study on Violence Against Women[1] in Viet Nam, which was supported by the Government of Australia and UNFPA, showed that nearly two in three married women (almost 63 per cent) have experienced one or more forms of physical, sexual, emotional and economic violence and controlling behaviours by their husbands in their lifetime. 4.4% of children are subjected to sexual abuse. The overall productivity loss caused by violence against women was estimated at 1. 81% of GDP in 2018.

A UNICEF study[2] points to as many as 275 million children worldwide are exposed to violence in the home. In actuality, millions more children may be affected by violence in the home. Violence against women and children tends to increase in frequency and severity during crisis. The health side of COVID 19 had a lesser impact on children but it is the indirect consequences of the disease that flow from the lockdown measures to control its spread that have a child’s face. They impact children dramatically – from closed schools, to staying inside in crowded spaces, to pressure to make on-line learning work. Growing unemployment, increased anxiety and financial stress, and a scarcity of community resources have set the stage for an exacerbated domestic violence and abuse of children crisis. By June 2020, an estimated 30.8 million people in Viet Nam had been adversely impacted by COVID-19 and 53.7 per cent of workers had encountered reduced income.[3]

The Government of Viet Nam, Government of Australia, UNFPA, UNICEF and UN Women are all working together in this new partnership to end violence against women and children.

No matter where violence happens, in what forms, or who it affects, it must be stopped.

Together, we work to create a world where both men and women, and boys and girls, can enjoy life free from violence.

[2] UNICEF, Behind Closed Doors: The Impact of Domestic Violence on Children

[3] UNICEF, 2020, Rapid assessment on the social and economic impacts of COVID-19 on children and families in Viet Nam 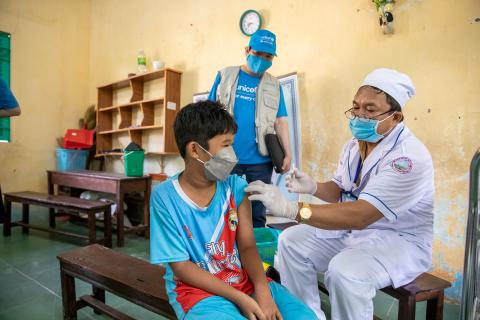 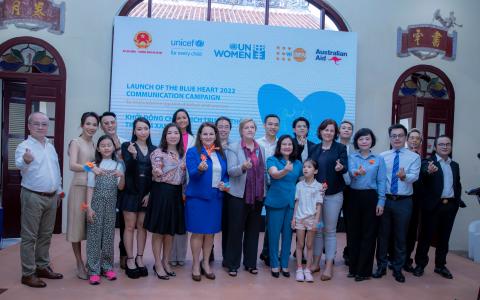 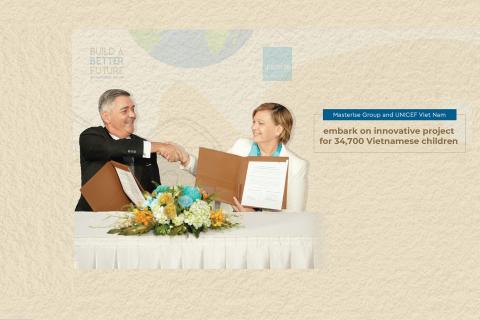 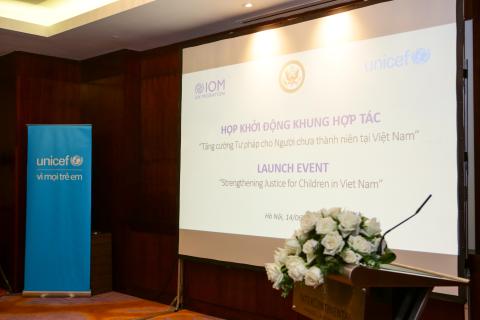