Making strides in the fight against Ebola virus

A new vaccine stockpile, managed by UNICEF, will when fully established contain up to 500,000 doses for outbreak response.

In recent years widespread outbreaks of Ebola have seen thousands of children become infected, lose their lives, or be orphaned by the deadly virus.

Mary’s* mother passed away during the Ebola outbreak in Sierra Leone in 2014. Her mother showed symptoms of the deadly disease after helping care for a sick woman in her neighbourhood. She thought she had malaria, but her condition rapidly worsened and she was rushed to hospital by an ambulance.

“Since she died, nobody can talk to me the way that she did. I’m really missing her, her love, everything.”

Last week, UNICEF and partners announced a major development in the fight against the disease – the establishment of a global Ebola vaccine stockpile that will, over time, contain half a million doses for immediate release to respond to any new Ebola outbreak.

The stockpile will allow countries to contain future Ebola epidemics by giving rapid access to vaccines for populations at risk during outbreaks.

"The established stockpile means we are ready to go in case of an emergency."

“In the event of another Ebola outbreak, we’ll be able to ensure vaccines reach the countries and the people in need as fast as possible.”

“The vaccine stockpile will help countries to control Ebola outbreaks. By ensuring rapid access to quality assured vaccines, the countries can intervene early and contain the outbreak. Through this we can protect children and their families, saving lives.”

“This also prevents the long term economic and social impact on families from losing family members they depend on for their livelihoods,” says Jean-Pierre.

Ebola vaccines will be able to be given to health and frontline workers who are on the forefront to treat people infected by the disease. Persons who have been in contact with infected persons as well as their contacts will also be vaccinated, a strategy known as a ‘ring vaccination’.

Edwige, a paediatric nurse, caught Ebola from the patients she was treating in eastern Democratic Republic of the Congo.

"We were in quarantine together with the sick and other nurses we work with and we all started treatment [early], that’s why we lived."

A WHO report found health workers are between 21 and 32 times more likely to be infected with Ebola than people in the general population. The stockpile will mean frontline staff, like Edwige, are vaccinated quickly ensuring they are protected from the deadly disease and vital health services can continue.

The vaccine in this global stockpile is an injectable single dose vaccine, that has been assessed as safe and effective by WHO and licensed for use by the European Medicine Agency, US Food and Drug Administration as well as eight African countries.

Before achieving licensure, the vaccine was administrated to more than 350,000 people in Guinea and in the 2018-2020 Ebola outbreaks in the Democratic Republic of the Congo through a protocol for “compassionate use” under strict supervision by WHO.

The effort to establish the stockpile was led by the International Coordinating Group (ICG) on Vaccine Provision, which includes the World Health Organization, UNICEF, the International Federation of Red Cross and Red Crescent Societies, and Médecins Sans Frontières (Doctors Without Borders), with financial support from Gavi, the Vaccine Alliance.

From stockpile to the country within seven days

UNICEF has taken a leading role in the stockpile’s creation, not just through the signing of a supply agreement for the Ebola vaccines to be made available within it, but also in its ongoing management.

The stockpile is stored in Switzerland and ready to be shipped to countries for emergency response. If an outbreak occurs and a country requests access to doses of the Ebola vaccine, the ICG will make decisions on allocation. Once this is made, UNICEF, jointly with partners on the ground and with its freight forwarders, will work towards delivery from the stockpile to the country within seven days.

“Through its global agreements with freight forwarders, UNICEF will be able to coordinate rapid transport of vaccines from the stockpile location to countries in need, should there be future outbreaks of Ebola,” says Jean-Pierre.

UNICEF is also stockpiling matching quantities of the safe injection devices required to administer the Ebola vaccine to ensure countries receive the appropriate and quality assured supplies as fast as possible to respond to an outbreak.

In addition, UNICEF, as part of its Health Emergency Preparedness Initiative (HEPI), is making available the personal protective equipment and water and sanitation supplies needed by health and frontline workers as part of overall Ebola preparedness and response. 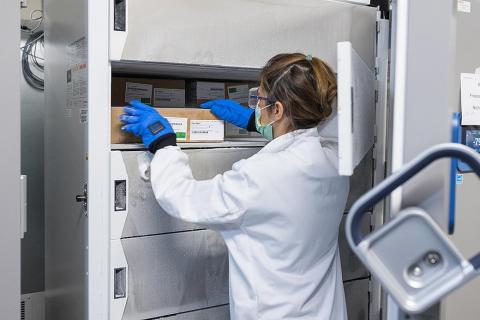 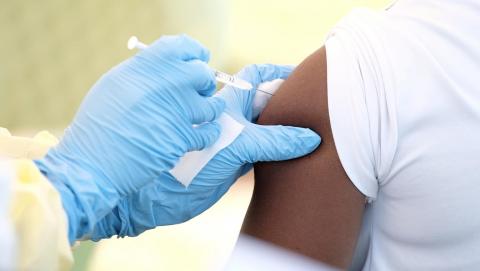 Access the latest report on the Ebola vaccine availability through UNICEF.

Vaccines protect children from disabling and deadly diseases and contribute to healthier communities by shielding us from infectious diseases. 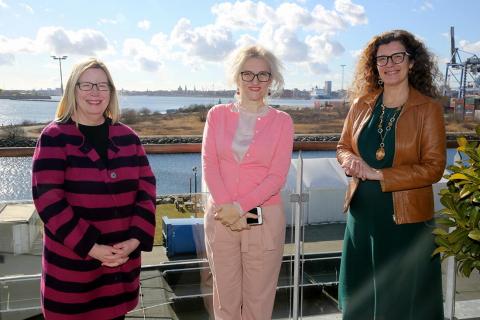 Shining a light on the women in Supply

Women make a significant contribution to the work of UNICEF in supply - 43% of the global Supply Community is female.