I Am Not Saleema: The Saleema Initiative arrives in Kassala

How Hawaa Mohammed Osman is speaking up against FGM

The first time 13-year-old Hawaa Mohammed Osman heard about the Saleema initiative to end Female Genital Mutilation (FGM), was at her school. “Saleema” means intact or as God created her. The Saleema initiative is part of the UNICEF-supported (SFFGC) programme led by the Government of Sudan, along with the partners from WHO, UNFPA and the UK Department for International Development (DFID).

“Now I know how FGM can kill many girls in my community.”

Hawaa, comes from a community in Ummalkura locality, El Gazira state, where FGM is highly practiced within the majority of households. The cutting of girls is part of their tradition and widely believed to keep girls purified or prevent them from sins.

In Sudan, the national prevalence rate is 31% among girls between 0–14 years of age. It is mostly practiced in the Northern state and North Kordofan state.

In August 2018, UNICEF and partners conducted the Sudan Free of Female Genital Cutting (SFFGC) workshop in El Obied in North Kordofan state, to promote the rights of girls and to share stories about how communities in Sudan are successfully abandoning the practice of FGM. It was here, that we met Hawaa for the first time.

As we sat together in one of the empty rooms where the workshop was being held, Hawaa looked deep in thought as she began to play with her bright orange colorful Saleema scarf. One of the things that struck me about her was how friendly she is and the smile that never fades from her face.

“Now I know how FGM can kill many girls in my community,” she said, with determination. Hawaa, then hesitantly began to tell me about her own experience.

“I am not “Saleema” because my mom and dad didn’t know at that time about the initiative,” she said. “My teacher told us that we should protect ourselves and not to practice FGM. We learned many things through the booklets they distributed to us.”

Coming from a large family of three brothers and six sisters, Hawaa felt it was important to share the knowledge she acquired with the rest of the family.

“When I went back home, I told my mother. She cried because she was so sad and she told me if she knew all of this, she wouldn’t have done it,” said Hawaa.

Having experienced this harmful practice, and understanding the health dangers around it, Hawaa is determined to be an advocate against FGM and save others. FGM is rooted in culture not religion.

Mohammed Saleh Hamid is one the most active facilitators in Kassala working with “Saleema” initiative since 2005. He started his first movement towards the community leaders in Kassala to change perceptions.

“The number of success stories in our community is encouraging and the practice of FGM/C has reduced a lot,” said Mohammed.

It is estimated that 6,000 girls are cut every day worldwide. Nearly a quarter of them are under 14 years.
There are various forms of FGM that are classified by the World Health Organization. This includes “clitoridectomy”, which involves the removal of the clitoral hood; “excision” is when the clitoris and the labia minora (inner vaginal lips) are removed, while “infibulation” involves the removal of all external genitalia and the narrowing of the vaginal entrance.

After attending the workshop and learning about the dangers of FGM, Hawaa became more confident and is enthusiastic about attending future workshops. It was her teacher who told Hawaa that when they protect themselves they will live happy and never suffer in the future.

“Despite what happened to me, I will never feel down and will convey the messages I have learned to my sisters and my friends at school, because I don’t want them to undergo what I was subjected to,” said Hawaa. 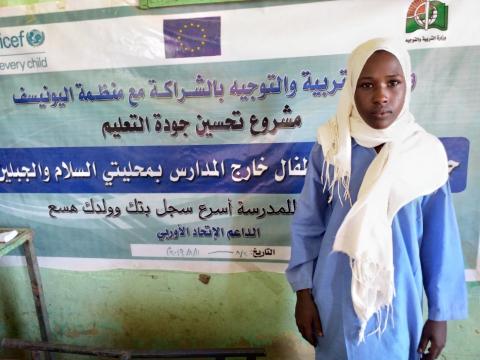 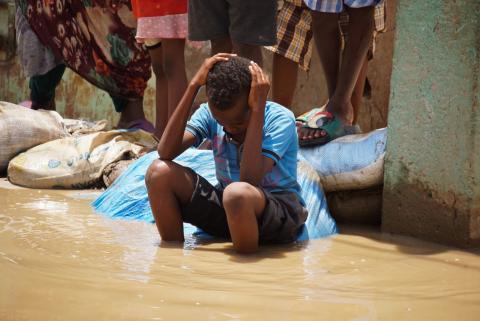 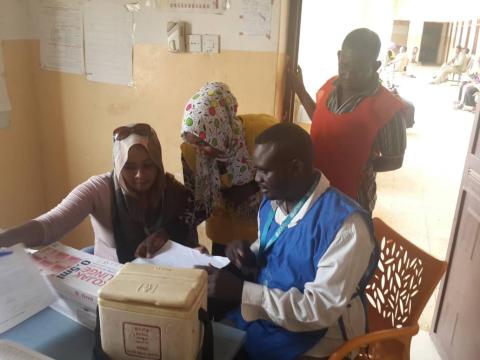