United Nations Children's Fund (UNICEF) is the driving force that helps build a world where the rights of every child are realized. We believe that nurturing and caring for children are the cornerstones of human progress. We advocate for measures to give children the best start in life, because proper care at the youngest age forms the strongest foundation for a person’s future. UNICEF was created with this purpose in mind – to work with others to overcome the obstacles that poverty, violence, disease and discrimination place in a child’s path.

Mandated by the United Nations General Assembly to advocate for the protection of children's rights, to help meet their basic needs and to expand their opportunities to reach their full potential, UNICEF is guided by the Convention on the Rights of the Child and strives to establish children's rights as enduring ethical principles and international standards of behaviour towards children. UNICEF operates in 191 countries through country programmes and National Committees.

In Sudan since 1952, with its first permanent office in Khartoum since 1974, UNICEF is the largest UN agency in Sudan, dedicated to supporting children across the country by providing long-term humanitarian and developmental assistance to children and mothers. We target the most vulnerable children including refugees and internally displaced persons, through lifesaving programmes, especially at the household and community levels; sustain peace and advocate for respect, dignity and the full realization of children’s rights.

In addition to UNICEF Sudan’s Country Programme Document, which covers the development work planning for the period of 2018- 2021, Sudan also has a substantial humanitarian response that is guided by the Multi-Year Humanitarian strategy 2017-2019, the yearly Humanitarian Response Plans (HRPs), and also guided by UNICEF’s Core Commitments for Children in Humanitarian Action.

The Humanitarian Response Plan 2021  which has identified 13.4 million people  in need, takes into consideration the impact of the current events in Sudan related to the economic situation and socio-political instability. High inflation rates, currency depreciation, and steep price rises for food, medicine, and other key commodities have decreased purchasing power and reduced access to food, healthcare, education, water and other key essentials for already vulnerable communities. This is taking place against a backdrop of years of conflict and, for many people, years of displacement.

Over the past twenty-one years, Mandeep O’Brien has served in the United Nations, across three agencies, both in the field (South Asia, East Asia, Middle East) and headquarters. Mandeep takes on her assignment as UNICEF Representative for Republic of Sudan as of 1 August 2021.

Most recently she was UNICEF Representative in the Islamic Republic of Iran since 2019 responsible for leadership, management and delivery of the country programme of assistance for children in an evolving context of multiple crises including sanctions and COVID with Iran being the hardest hit in MENA region, humanitarian action for children, resource mobilization including with Embassies, IFIs and private sector, strategic positioning and advocacy on children's issues, including child rights and protection.

Prior to her posting in Iran, Mandeep was Deputy Director for the Public Partnerships Division in UNICEF Headquarters, New York, since 2016 responsible for providing strategic leadership and oversight of UNICEF’s global engagement in UN inter-agency and intergovernmental affairs, including the General Assembly and Economic and Social Council, resource mobilization and multilateral partnerships with International Financial Institutions, including with the World Bank and the Islamic Development Bank, as well as oversight of governmental partnerships of the Africa and South Korea teams in the Division.

From 2013 to 2015 she worked as UNICEF Senior Adviser and Team Leader for UN Partnerships and UN Development System Reform, UNICEF Headquarters.

Before joining UNICEF, Mandeep was UNFPA Deputy Representative, in Hanoi, Viet Nam from 2011 to 2013. During this period, she also served as UNFPA Country Representative a.i. for a year.  From 2006 to 2010, Mandeep was Strategic Planning Adviser in UNFPA working on the corporate strategic plan, corporate evaluation policy, and the global and regional programmes. During this period, Mandeep worked with the Harvard University on improving social policy implementation in countries across Africa (Ghana, Malawi, Uganda and Ethiopia) and Asia (Nepal, Bangladesh and Indonesia). She started her UN career in 2000 as UNDP National UNV Coordinator in her home country India. From 2001 to 2005, she served as a National Programme Officer in India responsible for the programmes of cooperation with the Ministries of Health, Education and Youth, and the women’s empowerment and micro-credit programme with the State Government of Haryana.

Mandeep is joined by her husband and daughter in Khartoum.

Over the last 25 years, her career in international development has taken her from Bosnia to New York, Burundi, Congo-Brazzaville, DRC, and Nepal, with UNOPS, IRC and USAID and subsequently to UNICEF in Iraq (Chief of Planning, Monitoring and Evaluation), Suriname (Chief of Field Office), CAR (Deputy Representative), Lebanon (Chief Social Policy, Planning Monitoring & Evaluation), Private Fundraising and Partnerships Division in Geneva (Chief Strategic Planning), and back to Lebanon (Deputy Representative).

Mary Louise grew up mostly in the Middle East and North Africa: Tunisia, Libya, Iraq, Jordan, Syria, and Western Sahara and completed her studies in the US and the UK - where she got her Masters in International Relations.

Mohamed Hassan was appointed UNICEF Deputy Representative Operations for Sudan in November 2020. Mohamed has worked for UNICEF for 27 years cumulatively in different countries in an emergency, regular programmes and One UN context. He worked in Somalia, Sudan, Ghana, Comoros, North Korea and Vietnam.

Prior this role, Mohamed worked with UNICEF Vietnam as deputy Representative Operations, supported the smooth functioning of Green One UN House (GOUNH) and the introduction of BOS and Common Back Office (2016-2020).

Mohamed has served with UNICEF in North Korea, Comoros Islands, Ghana and Somalia as Chief of Operations and Operations Manager. He also spent some time in 2020 in Malaysia to support and learn about private sector fundraising (PSFR). An experience he used to support the preparation of the launch of PSFR activities in Vietnam before his transfer.

Mohamed holds a University Degree in Economics, a Master of Science  in Information Science, a certificate of International Public Financial Management and different management and leadership training from Instead,  Maastricht University and Harvard business school. 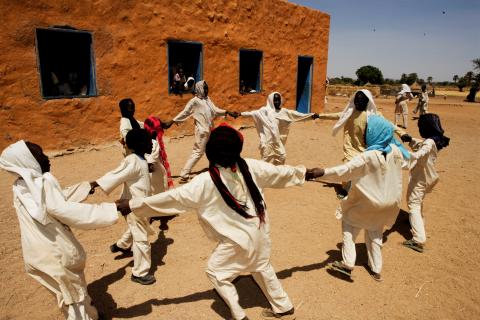 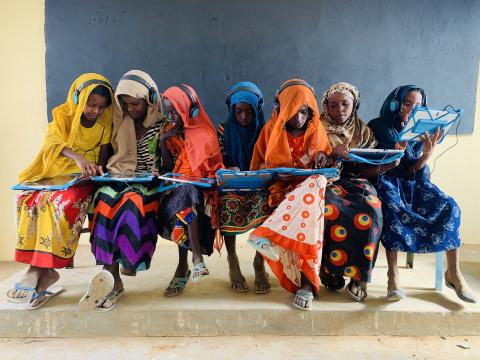 Explore UNICEF interventions to ensure quality education for every child in Sudan. 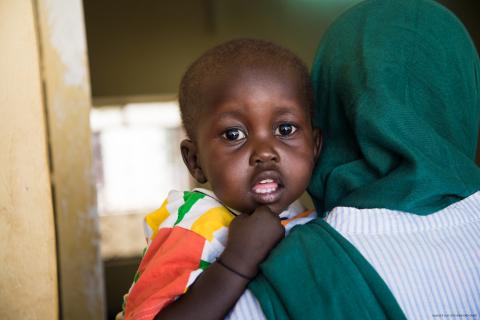 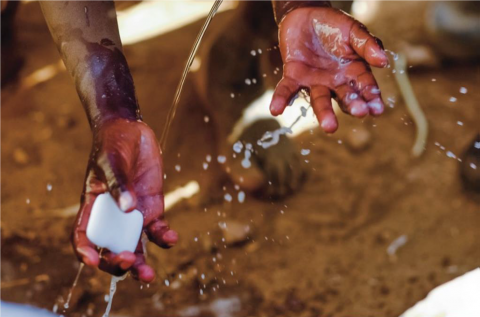