More than one million Peruvian children and adolescents speak a language other than Spanish as their native tongue. 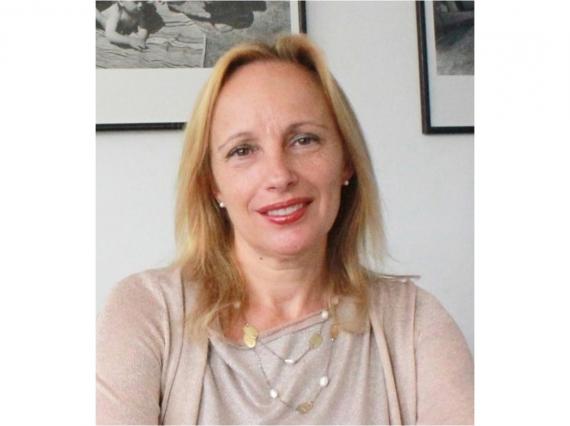 I have been working in Peru, where I am serving as UNICEF’s Representative, since August and it has been fascinating!

A few weeks ago, I visited the Puerto Bethel community in Ucayali, a region in the Peruvian Amazon. Traveling to Puerto Bethel requires patience and money. It requires a 90 minute flight from Lima to Pucallpa, and then a small boat (which locals call “peque peque” or “chalupa”) takes you to your final destination: the trip can last anywhere from two to six hours. Still, this field visit is much shorter than others we did earlier with our staff. To reach other communities we are supporting in the region of Amazonas, it takes two days of travel by plane, road and boat! Even though public transport costs only 15 soles per person – roughly $5 – it is a huge investment for the majority of people living in communities like Puerto Bethel.

Although the official languages of Peru are Spanish and Quechua, there are 47 native languages. In Puerto Bethel, for example, the mother-tongue is Shipibo. More than one million Peruvian children and adolescents speak a language other than Spanish as their native tongue. However, for decades the Peruvian educational policy has been Spanish only in schools.

In Puerto Bethel, I met Gamaniel, a Shipibo teacher who has been working with UNICEF support to train other educators. When he was in school, his teachers taught solely in Spanish – regardless of whether or not the students understood. Gamaniel said this is why the majority of his classmates dropped out of school and fell into the same cycle of illiteracy and poverty as their parents and grandparents. He added that the few classmates who did learn Spanish joined the mixed-race Spanish speaking community and abandoned their mother tongue and culture in order to avoid discrimination.

The situation is now changing thanks to local institutions and communities that have supported Intercultural Bilingual Education (IBE) in the Andean and Amazonian regions of Peru. IBE has shown that children perform better when they are taught first in their native language, and then slowly introduced to a second language – Spanish in this case.

These community-led initiatives have been instrumental in establishing the Intercultural Bilingual Education policies that now exist. Strengthening the IBE model has become one of UNICEF’s principal goals in Peru.

“We are bilingual because we speak Shipibo and Spanish,” twelve-year-old Dolly Lozano beamed with pride as she showed me her little bilingual library she has at home. Dolly is hoping to become an English teacher.

Gamaniel says the school’s work is coordinated with both the community and its families. Most parents want their children to learn Spanish so as to avoid the discrimination they faced. However, they also now realize that access to education in their native language is not only their right, but also the best way for their children to be able to share their culture not only within Peru but to the outside world.

There are, unfortunately, still too few bilingual teachers for children whose native language is not Spanish. To address this issue, UNICEF is actively supporting the Government of Peru in its efforts to provide teacher training on IBE methodology in order to reach all the indigenous communities.

UNICEF PeruHere I am with a young woman who spoke with me about how health workers from her community, supported by UNICEF programmes, made a huge difference in the reduction of anemia and chronic malnutrition of her daughter.

I have lived as a child and as an adult in different parts of the world trying to adapt to new cultures and languages. I know the feeling of not being able to understand the people I was living or working with. I vividly recall my first day in a German kindergarten, hearing sounds and words I had never heard before and being totally bewildered and confused. I can empathize with the difficulties that Amazonian and Andean children must face when they attempt to learn in a language that they do not understand.

I am truly happy and proud to be part of UNICEF in Peru, especially being involved with the great effort and energy that have been put forth to develop the national policy of the IBE. The program, being developed together with the Ministry of Education, will help indigenous children not only learn in both their native language and Spanish, but more importantly help preserve their mother tongue and cultural identity. IBE incorporates indigenous knowledge, practices and values. Thanks to IBE, many of us, in Peru and elsewhere, will benefit from ancestral knowledge of indigenous Peruvian cultures. 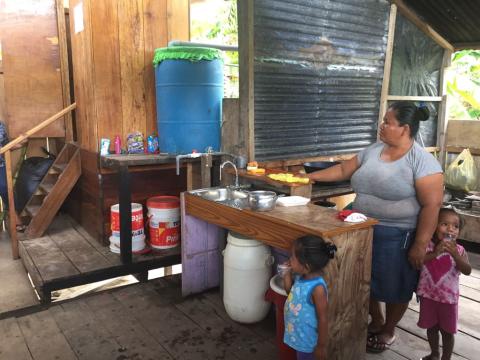 "No one could have imagined that we would have a tap providing water inside our homes.”