If you have a media inquiry, please contact our Communications team

Guidelines For Ethical Reporting On Children

Principles for reporting on children

UNICEF has developed these principles to assist journalists as they report on issues affecting children.  They are offered as guidelines that UNICEF believes will help media to cover children in an age-appropriate and sensitive manner.  The guidelines are meant to support the best intentions of ethical reporters: serving the public interest without compromising the rights of children.

The dignity and rights of every child are to be respected in every circumstance.

In interviewing and reporting on children, special attention is needed to ensure each child's right to privacy and confidentiality, to have their opinions heard, to participate in decisions affecting them and to be protected from harm and retribution, including the potential of harm and retribution.

The best interests of each child are to be protected over any other consideration, including over advocacy for children's issues and the promotion of child rights.

When trying to determine the best interests of a child, the child's right to have their views taken into account are to be given due weight in accordance with their age and maturity.

Those closest to the child's situation and best able to assess it are to be consulted about the political, social and cultural ramifications of any reportage.

Do not publish a story or an image which might put the child, siblings or peers at risk even when identities are changed, obscured or not used.

Do no harm to any child; avoid questions, attitudes or comments that are judgmental, insensitive to cultural values, that place a child in danger or expose a child to humiliation, or that reactivate a child's pain and grief from traumatic events.

Do not discriminate in choosing children to interview because of sex, race, age, religion, status, educational background or physical abilities.

No staging: Do not ask children to tell a story or take an action that is not part of their own history.

Ensure that the child or guardian knows they are talking with a reporter. Explain the purpose of the interview and its intended use.

Obtain permission from the child and his or her guardian for all interviews, videotaping and, when possible, for documentary photographs. When possible and appropriate, this permission should be in writing. Permission must be obtained in circumstances that ensure that the child and guardian are not coerced in any way and that they understand that they are part of a story that might be disseminated locally and globally. This is usually only ensured if the permission is obtained in the child's language and if the decision is made in consultation with an adult the child trusts.

Pay attention to where and how the child is interviewed. Limit the number of interviewers and photographers. Try to make certain that children are comfortable and able to tell their story without outside pressure, including from the interviewer. In film, video and radio interviews, consider what the choice of visual or audio background might imply about the child and her or his life and story. Ensure that the child would not be endangered or adversely affected by showing their home, community or general whereabouts.

III. Guidelines for reporting on children

Do not further stigmatize any child; avoid categorisations or descriptions that expose a child to negative reprisals - including additional physical or psychological harm, or to lifelong abuse, discrimination or rejection by their local communities.

Always provide an accurate context for the child's story or image.

Always change the name and obscure the visual identity of any child who is identified as:

a. A victim of sexual abuse or exploitation,
b. A perpetrator of physical or sexual abuse,
c. HIV positive, or living with AIDS, unless the child, a parent or a guardian gives fully informed consent,
d. Charged or convicted of a crime,
e. A child combatant, or former child combatant who is holding a weapon or weapons.

In certain circumstances of risk or potential risk of harm or retribution, change the name and obscure the visual identity of any child who is identified as:
a. A former child combatant who is not holding a weapon but may be at risk,
b. An asylum seeker, a refugee or an internal displaced person.

Some examples of these special cases are:

Confirm the accuracy of what the child has to say, either with other children or an adult, preferably with both.
When in doubt about whether a child is at risk, report on the general situation for children rather than on an individual child, no matter how newsworthy the story.

IV. Use of UNICEF materials

All UNICEF materials are protected by copyright, including text, photographs, other images and videotapes. Permission to reproduce any UNICEF material must be requested from the originating UNICEF office, and will only be granted on condition that these principles and guidelines are adhered to.

Sources: UNICEF Global site; The Convention on the Rights of the Child; Child Rights and the Media (Guidelines for Journalists), International Federation of Journalists; Media and Children in Need of Special Protection, (internal document), UNICEF's Division of Communication; Second International Consultation on HIV/AIDS and Human Rights, United Nations Secretary-General. 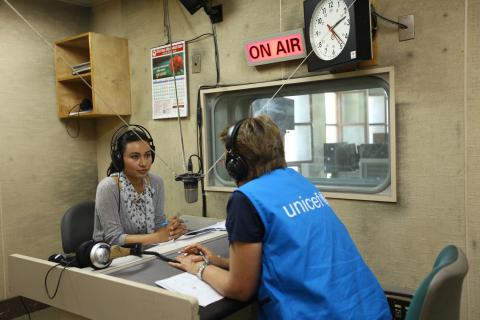 Access the latest news, information and multimedia resources from UNICEF in Nepal 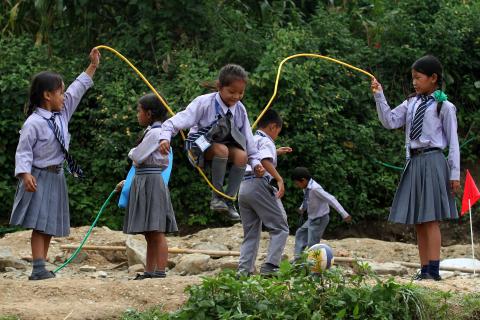 Read the latest stories from the country 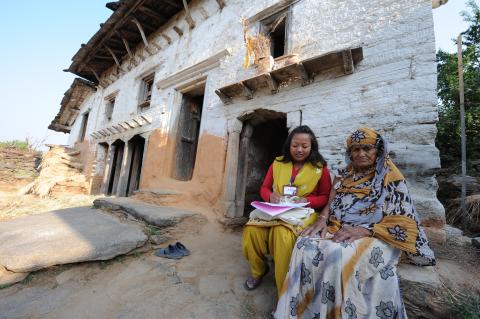 Our work is grounded in empirical data, rigorous research and thoughtful analysis 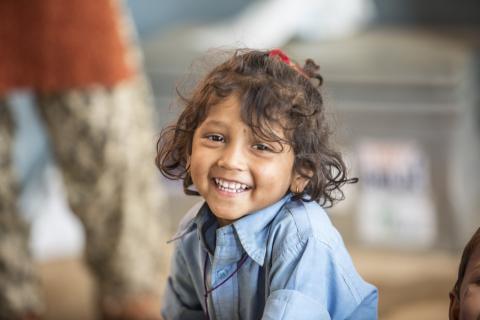 UNICEF is dedicated to advancing the rights of all children in Nepal, especially the most marginalized and disadvantaged