Concerned with improving the quality of teacher training, UNICEF decided to support the Ministry of Education’s formal training program on in-service teacher training through distance-learning.

Nampula, Mozambique - Maria Natália de Gussule was born and raised on the outskirts of Nampula city, in a family of twelve siblings. Her father was a locksmith for the Mozambique Railways and her mother was a domestic worker. Today, four of the six women in her family are employed in the formal sector.

Maria’s childhood was like other children’s in her neighborhood. She grew up during the civil war in Mozambique, travelling to school on foot with her friends from the neighborhood. When she was a primary school student, she used to help with housework, and enjoyed playing street games with other neighborhood children.

FOUGHT IN THE CIVIL WAR AND CHOSE TO BE A TEACHER

At the age of 19, Maria was called to fulfill her mandatory military service requirement. Her military training was done in the center of Michafutene and she served at the Inhambane Military Command until she was demobilized by the United Nations Peacekeeping Operation in 1994. She had always wanted to inspire children to follow their dreams and believed that as a teacher, she could do that.

In 1998 she benefited from an intensive 20-day induction course on education, and the following year she started her teaching career. She taught at several schools and helped many children take their first steps in reading and numeracy. She said that she always felt that girls, in particular, viewed her as more than just a teacher. It was as if the children’s eyes said, “When I grow up, I would like to be like you.” Therefore, she decided to further her education to improve her knowledge and teaching skills because she wanted to continue to inspire children.

Maria felt that despite her goodwill, she still lacked technical pedagogical knowledge such as how to better mediate the teaching and learning process, how to elaborate lesson plans and content, how to better communicate with parents and guardians, and how to manage educational institutions. She then decided to join the Department of Distance Education's first course at Bairro Cimento Primary School in Monapo district, in December 2005. The training course took two years to complete. She remembers the high level of motivation of the members of that first course. None of the thirty participants dropped out, and around 85 per cent of them are now school managers. As a school manager herself, she feels that her influence on school children has increased and that she inspires girls to be future leaders.

Concerned with improving the quality of teacher training, UNICEF decided to support the Ministry of Education’s formal training program on in-service teacher training through distance-learning. Therefore, in 2018, UNICEF established a partnership with the National Institute for Open and Distance Learning (IEDA) to improve the equipment and capacity of Distance Training Tutorial and Resource Centers at teacher training colleges as well as at Distance Training Tutorial and Resource Centers in selected schools at the district level.

Now that 15 years have passed since Maria attended that first distance learning course, she is a director of the same school where one of the four Distance Training Tutorial Resource Centes in the district is located. The Center recently received materials and equipment from UNICEF through the generous contribution from the Japanese Committee for UNICEF. The support included furniture for the center such as desks and chairs, as well as shelves, computers, printers, tablets, manuals, and various stationary supplies to facilitate on-the-job and distance training of teachers in her school. Maria became emotional when she said, “these materials and equipment make me feel very impressed, because we didn’t have much when I studied here 15 years ago. Now, 15 years later, I have received this generous support as school principal and I am confident it will increase the capacity of this resource center.” She continued, “I am especially grateful for the desks and chairs, because we used to have to borrow them from other classrooms since we didn't have any. But now we can provide teachers with space to study comfortably.” 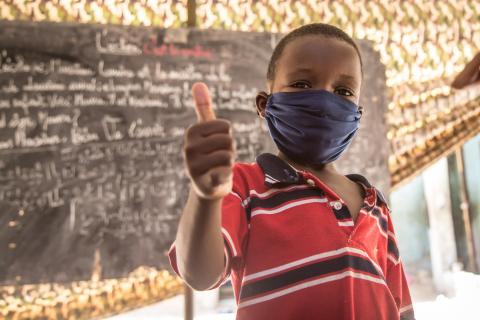 Op-ed: Getting kids safely back to school

COVID-19 will be with us for the foreseeable future and the permanent closing of schools is not an option. 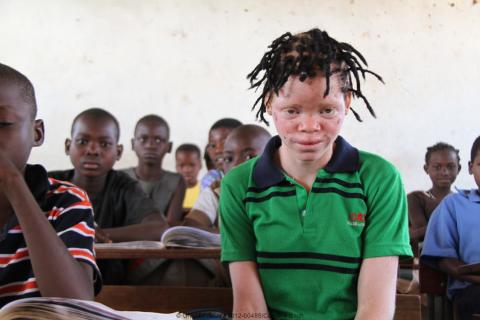 How change at school can give access to rights

How change at school can give access to rights