Successful integration of two children with hearing impairments in Moldova

Thanks to the inclusive education reform in the Republic of Moldova, more and more children with disabilities enjoy access to education. More than 10,000 children from Moldova, who have disabilities and special educational needs, go to mainstream schools now, alongside their peers. Their numbers quadrupled over the last 5 years.

At the same time, the number of children with disabilities in auxiliary and special schools became almost two times smaller.

The siblings Vasile and Ana Maria Mocreac study in the seventh and fourth grade, respectively, at ‘Mihai Eminescu’ Gymnasium from Orhei. They go together to school, participate actively during classes, learn new things and communicate with their classmates. They look and behave in the same way their peers do. However, while other same-age children communicate using words, the Mocreac siblings communicate using sign language.

Vasile and Ana Maria are both hearing impaired, but they were integrated a year ago at ‘Mihai Eminescu’ Gymnasium from Orhei. Before that, they both attended a boarding school for children with hearing impairments.

Vasile was diagnosed with deafness when he was 3 years old. Ana Maria – just a few days after she was born. Initially, Vasile was attending a special school for children with hearing impairments from Chisinau. However, when time came for Ana Maria to go to school too, the family realised they will not be able to afford paying for the education of both of them in Chisinau. Therefore, it was decided to enroll them in a boarding school for children with hearing impairments. Unfortunately, in the boarding school, they weren't helped to develop. Once they were integrated in a mainstream school, they started having achievements. Vasile no longer communicates using sign language. He tries to talk and his family already understand what he says. He reads and knows the meaning of words. Ana Maria still uses the sign language, but she does pronounce a few words, too.

I am happy to see how much they developed’, says Oxana Mocreac, the mother of the siblings.

The teaching staff of ‘Mihai Eminescu’ Gymnasium from Orhei did not know how to prepare for Ana Maria’s coming, nor how to integrate her among her classmates. She told the children to cover their ears and imagine that they cannot hear any sound at all, not even birds’ tweet. The children were impressed. So, when Ana Maria came, they all got around her and started to communicate. Ana Maria studies according to an adjusted program during class. She learned everything form pictures and illustrations. She knows the seasons of the year, the current date and month.

She tries to pronounce words, and her classmates already understand her’, explained teacher Ala Streltov.

‘Though at the beginning I had no idea how to work with children like them, now I enjoy the success we achieved with Vasile in such a short period of time’, says Galina Vasilescu, teacher of Geography in Vasile Mocreac’s grade. ‘We work with him according to an adapted program, and he fulfills all Geography-related tasks. He is an outstanding boy.’

Like his sister, Vasile doesn’t feel discriminated. Neither of his colleagues has ever mentioned his disability.

‘Once I got to know Vasile, I’ve understood how hard it must be to want to express yourself without being able to do it using any words. Vasile made us more united. He is friendly, he talks to us. At first, we were using signs, but now we communicate in a usual way’, says Alina Leahu, Vasile’s deskmate.

Besides the two children with sensory hearing impairments, 15 more children with special educational needs are studying at the ‘Mihai Eminescu’ Gymnasium of during the 2016–2017 academic year.

‘School inclusion of children with special educational needs is of top priority for us. The school has to support these children and help them integrate into society. Children with special needs must attend school and develop alongside their peers’, says Raisa Gherasim, principle of the ‘Mihai Eminescu’ Gymnasium of Orhei.

The National Conference on ‘Ensuring Access to Quality Education for Children with Disabilities’, organised by the Ministry of Education and UNICEF Moldova, was held in Chisinau on 12 May 2017. The Conference discussed the actions taken by our country in the field of inclusive education, the strategic vision implementing the right of children with special needs to education, the Key Provisions of the General Comment on Article 24 of the UN Convention on the Rights of Persons with Disabilities and their importance for the advancement of the inclusive education agenda.

Currently, about 500 resource centers and over 600 support teachers are helping children with special educational needs during their inclusion.

The approval of the Development Program of the Inclusive Education for years 2011-2020 aims to harmonize the national education system with the developed countries’ practice, where children with special needs study along with other pupils in inclusive classes. The Moldovan educational system is to be adapted and individualized on the basis of all children’s needs.

About 17,000 children with disabilities live in the Republic of Moldova. 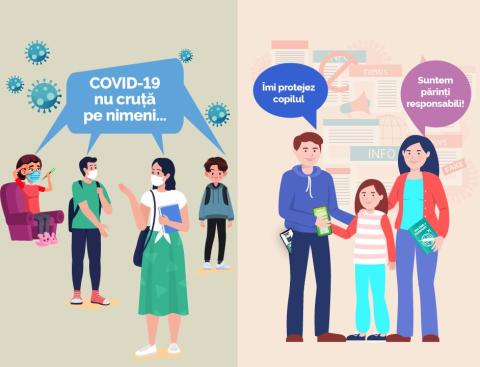 Children vaccination in the Republic of Moldova 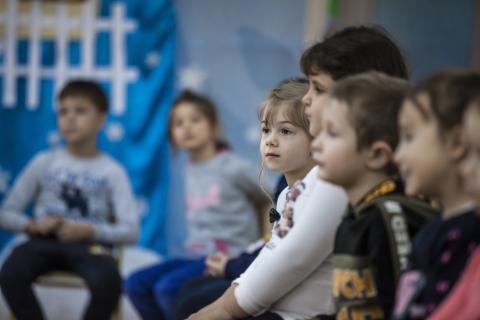 Inclusive education in the kindergarten 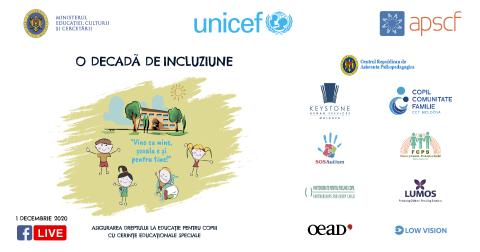 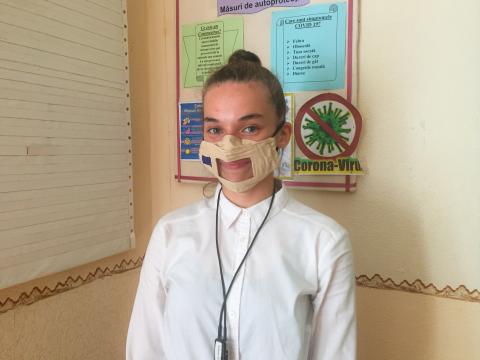