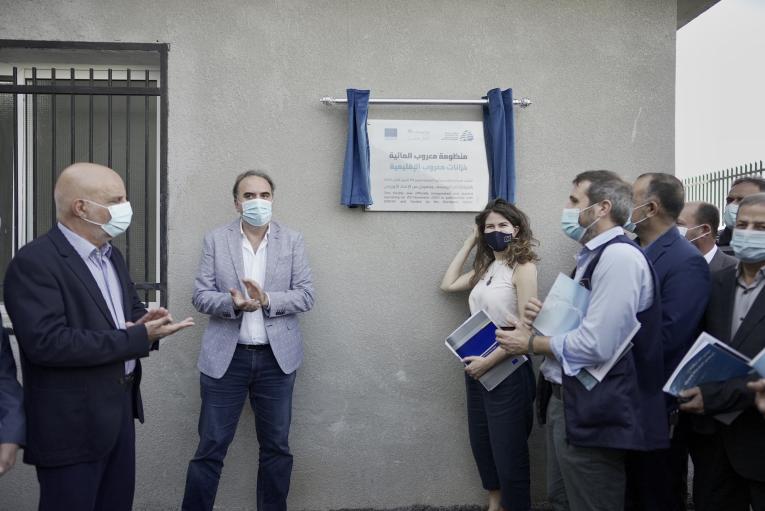 November 29, 2021, South Lebanon - In the midst of the fuel and electricity crises that are affecting the water supply in Lebanon, the South Lebanon Water Establishment, in partnership with UNICEF and Sabil Consortium through funding from the European Union (EU), announced the inauguration of its Maaroub water system consisting of regional reservoirs, upgrading of the Yanouh Pumping station, installation of the main pumping line from Yanouh water station and the gravity lines to connect three villages. The project has been developed to ensure the sustainability of water provision to more than 135,000 people through a system relying on gravity pumping and solar energy.

This new sustainable scheme includes two reservoirs with a total storage capacity of 5,000 cubic metres (2,500 cubic metres per reservoir) and is powered by a sustainable energy source based on a solar-powered system. This will contribute to reducing reliance on the public electricity grid and backup diesel generators, thereby ensuring sustainable and environmentally friendly working and operating mechanisms while maintaining sustainable operation for the infrastructure. The reservoirs’ elevated location allows water distribution by gravity to villages that will benefit from the system, reducing operational energy costs.

Dr. Wassim Daher, Director-General of the South Lebanon Water Establishment, stressed the importance of the partnership with UNICEF, Sabil Consortium, and the EU, which has resulted in a series of key projects vital for the development of the infrastructure of the establishment’s facilities and all levels of production, distribution, and maintenance.

Dr. Daher highlighted the critical support provided by the EU through UNICEF and other partners, especially regarding the construction of 13 reservoirs distributed throughout the various villages and districts of South Lebanon last year, as well as projects to connect water stations and reservoirs and the provision of control, operation, and energy systems.

The South Lebanon Water Establishment Director-General said: "I am confident of the establishment’s capacity to meet current and future demands on water in the project's area. Also, I would like to invite the resident population to join us as new subscribers, and I emphasize the importance of current subscribers to maintain their goodwill and commitment to paying their water bills".

“I would like to extend my thanks to Maaroub municipality for their permanent cooperation and for granting the establishment the Maaroub regional reservoirs location," he concluded. 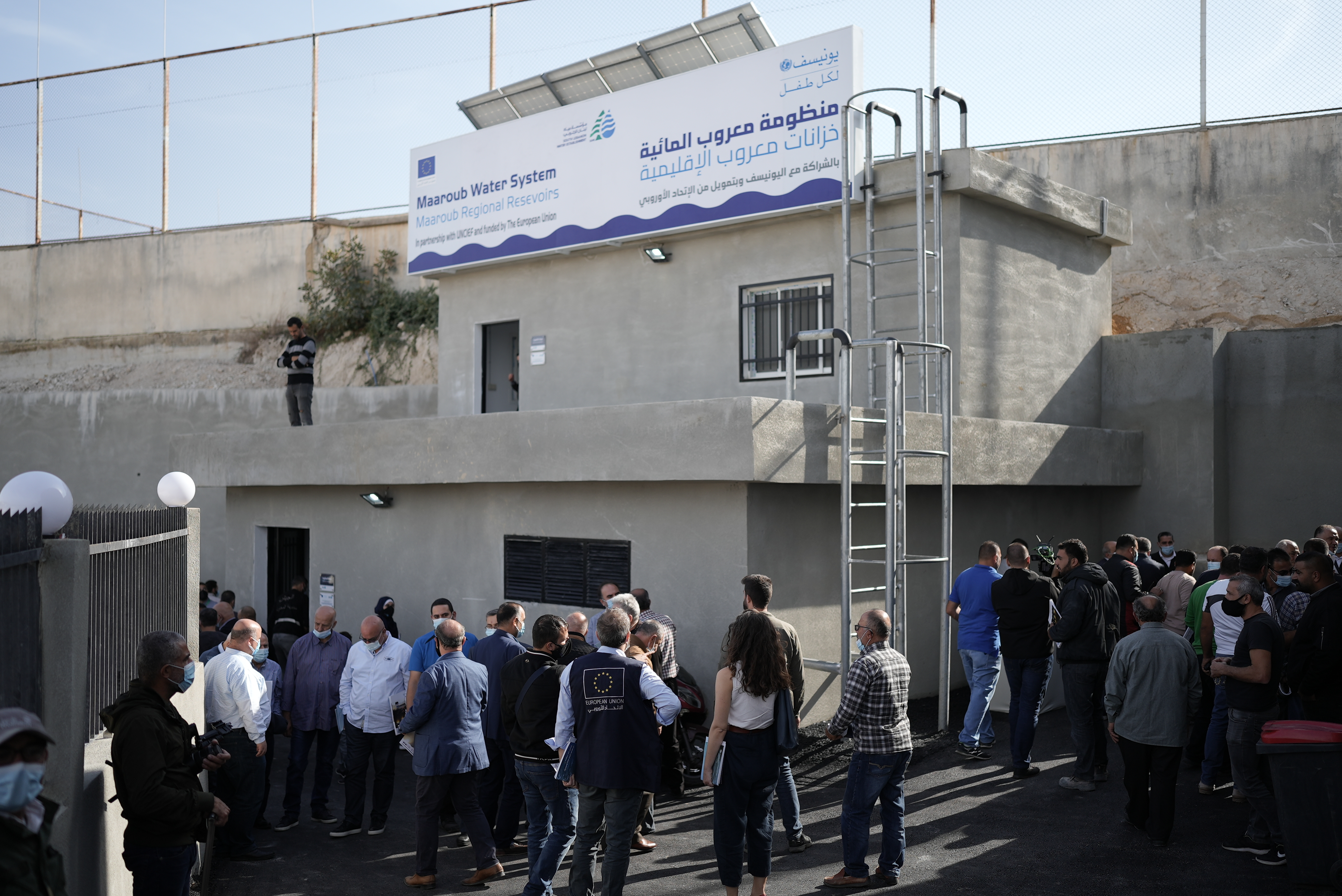 “The Maaroub project, implemented by UNICEF and the Sabil Consortium, is a successful example of the strong partnership that the EU Delegation has built with the South Lebanon Water Establishment,” said EU Deputy Head of Cooperation, Alessia Squarcella. “Yet, the municipalities of Toura, Jennata, Deir Qanoon Al Nahr, Bedias, Burj Rahhal, and Abbaseyeh should be connected, and we are working to ensure this in the near future.”

“While the project guarantees a solid infrastructure and the operating costs of wells and electric generators will be reduced for nine towns, challenges to ensure the provision of sustainable and continuous water service to all must be addressed.”

“In the current difficult circumstances Lebanon is experiencing, there needs to be a serious reflection at national and local levels on the challenges facing access to water to ensure sustainability of the service. Responsibility for this lays on everyone”.

“Public commitment to paying due water bills is a cornerstone for water system stability and continuity, with municipalities playing a leading role to encourage the families to subscribe and make the necessary efforts to get water bills paid and with the water establishments ensuring equal access to water for all,” Squarcella added.

Yukie Mokuo, UNICEF Representative in Lebanon, remarked that ongoing access to the public water supply is essential to all communities, especially during these extremely difficult times, where critical services including water and sanitation, power networks and healthcare are under huge strain”. “UNICEF is working closely with the four water establishments in Lebanon, and we congratulate the South Lebanon Water Establishment and the Sabil Consortium for the successful implementation of this critical system thanks to the commitment of the EU, which is consistently working with UNICEF and partners to reach the most vulnerable children and families with safe and clean water,” she said. 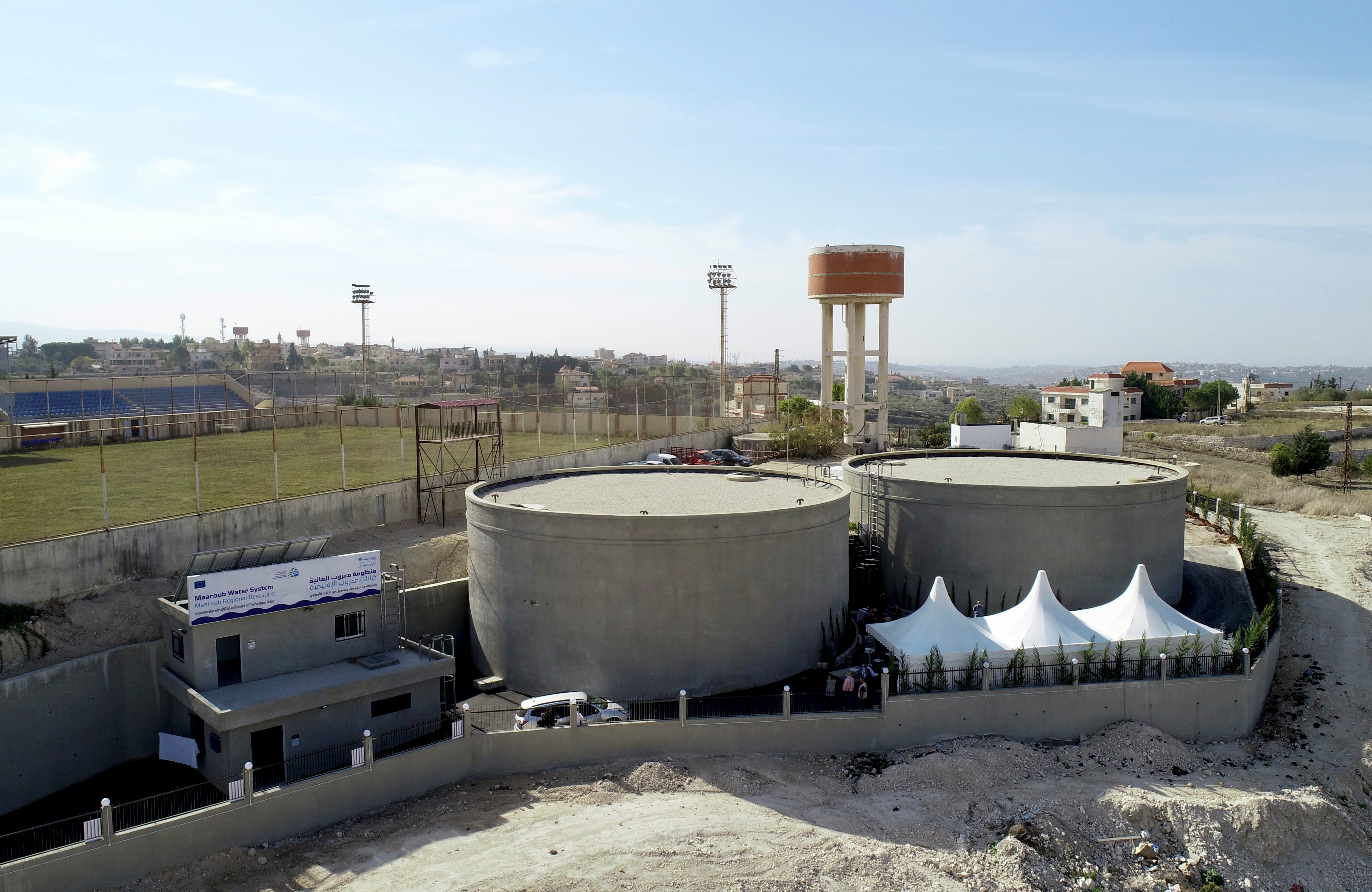 Sabil Consortium Representative, Mirdza Abele, explained the technical details of the Consortium’s (Action Against Hunger, Care, CISP, and ACTED) contribution to the project and thanked partners for their support: “We thank the European Union for their complete confidence and support throughout the execution of this strategic and economically sustainable project, South Lebanon Water Establishment for their constant cooperation, and to UNICEF for its contribution by supporting the project.” “We congratulate all those who contributed to the success of this project, particularly the teams of CISP, Action Against Hunger, and Care, for their great efforts and amazing coordination in achieving this project,” she concluded.

South Lebanon Water Establishment’s plan includes three phases, serving three towns on the first phase and expanding to six additional villages on phases two and three. The implementation of these phases depends on the availability of sufficient and sustained funding.

Technical notes about the project:

Notes from the event: 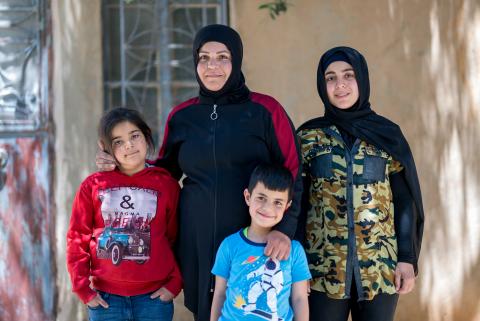 After UNICEF project families in Lebanon always have water

Families in Younine can now wash food, clothes, clean the house, bathe and drink without being concerned they’ll run out of water 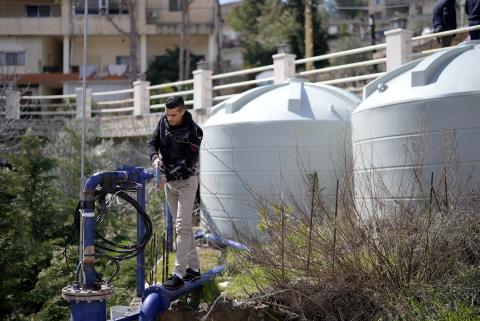 With EU funding, UNICEF covered the repair and maintenance of 70 pumping stations, sustaining the delivery of water to around 458,000 beneficiaries 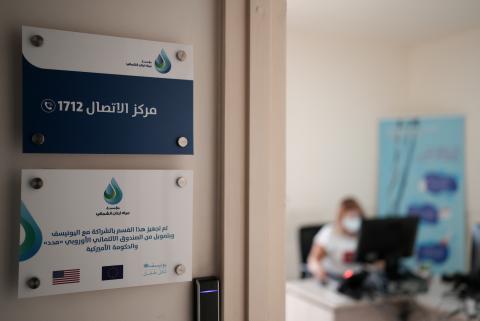 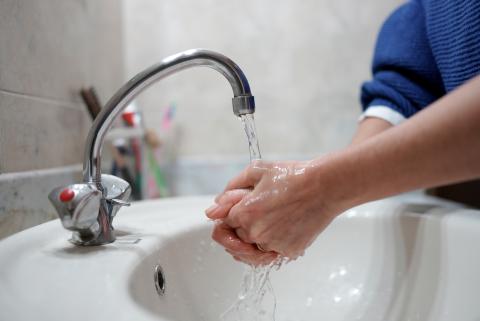 Through funding from the European Union, Lebanon’s regional water establishments were able to continue operating and maintaining infrastructure since 2020