UNICEF’s Child Protection programme aims to ensure that all children and women at risk or survivors of violence, exploitation and abuse can thrive among protective institutions, services, and communities.

All children have the right to be protected from violence, exploitation and abuse. Yet millions of children worldwide from all socio-economic backgrounds, across all ages, religions, and cultures suffer from this every day. UNICEF’s Child Protection programme aims to ensure that all children and women at risk or survivors of violence, exploitation and abuse can thrive among protective institutions, services, and communities.

Operating to address child protection issues within what has become the world’s largest refugee crisis, UNICEF Lebanon has succeeded in establishing a close relationship with the Government of Lebanon and many key national partners to provide critical protection to those children most at risk of violence and abuse. UNICEF Lebanon has become a trusted partner of the government; a partnership that is today fostering collaborations across sectors as a strong foundation for long-term protection.

The Syrian Crisis, now in its ninth year, continues to drive the largest refugee emergency in the world. Although the number of Syrian refugees in Lebanon has plateaued, the country continues to host the highest number of refugees per capita globally. With more than one million Syrian refugees registered in 2018 and an estimated further 500,000 unregistered, Lebanon is home to around 630,000 refugee children aged between 3 and 18 years of age. Additionally, the nation hosts over 200,000 Palestinian refugees, including approximately 31,000 displaced from Syria.

The situation of girls and boys in Lebanon is critical; especially for the most disadvantaged. Around 3.3 million people in Lebanon - more than half the country’s total population (including Lebanese, Syrian, Palestinians and others) - are categorized as being vulnerable, with an estimated 2.7 million categorized 'poor'.

Such circumstances deliver numerous short and long-term effects on the well-being of children. In the short term, children in Lebanon are exposed to child labor, child marriage, and other forms of violence. Unfortunately, these trends are on the increase as the Syrian Crisis continues, and as Lebanon’s economic outlook continues to weaken.

In the long term, these conditions affect child development, including brain and cognitive development. For the children, abuse and neglect - including not attending school, being forced to work or child marriage, in addition to being exposed to persistent conflict - can have enduring physical, intellectual, psychological and economic repercussions that they will take with them into adolescence and adulthood.

Furthermore, gender inequalities and discrimination leave Lebanese, Syrian and Palestinian girls and women at heightened risk. They are disproportionately vulnerable to physical and sexual violence, and exploitation in both the public and private sphere.

In a logic of equity for all girls and boys in Lebanon, regardless of nationality, UNICEF’s work is organised around three critical sources of protection for children by seeking: 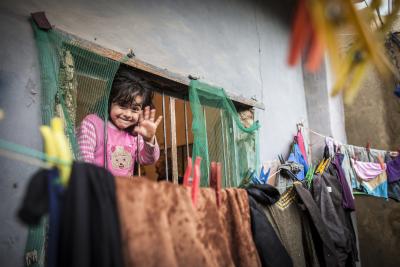 A strengthened political commitment, accountability and national capacity of social, justice, education and health sectors in Lebanon to legislate, plan, and budget to prevent and respond at scale to violence, abuse, exploitation, and neglect. 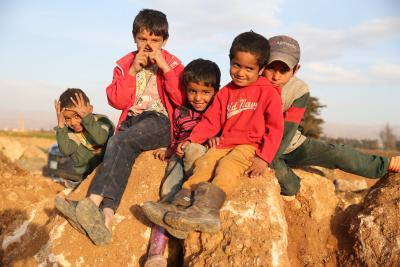 Increased access to an integrated package of quality services in most disadvantaged localities, for boys, girls and women. 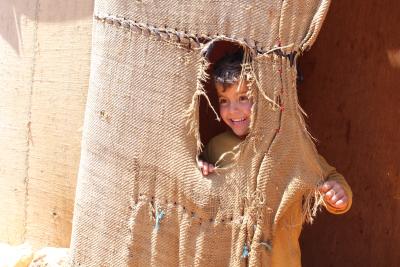 Increased capacity of children, families and communities in the most disadvantaged localities to promote practices that protect them.

How are we achieving our goals?

UNICEF Lebanon continues to play an essential role in influencing policy-making towards a stronger child protection system in Lebanon by strengthening the access, outreach and referral to quality education, learning, child protection and youth services for all disadvantaged children and their families -Lebanese or refugee.

Additionally, UNICEF is working towards supporting a stronger link and partnership with and between main ministries (including Ministry of Social Affairs, Ministry of Education and Higher Education, Ministry of Justice, Ministry of Public Health). UNICEF is also engaged in capacity-building of ministry staff by creating an enabling and integrated child protection system - one that supports the strengthening of both government and partners in the implementation and monitoring of inclusive policies and plans. Its success will engender the participation and empowerment of Lebanese and non-Lebanese children in society, and also enhance efforts in preventing and responding to violence, exploitation, abuse and neglect of boys, girls and women.

Around 1,000,000 boys and girls and more than 600,000 caregivers received psychosocial support and sensitization on child protection and gender-based violence services, since 2014, including on issues of child labour, child marriage and where to find services.

In 2018, in collaboration with these partners, UNICEF Lebanon provided:

Through community-based dialogues on child protection, the programmes delivered:

Explosive Ordnance risk education to over 14,600 children among children and adult community members across Lebanon.