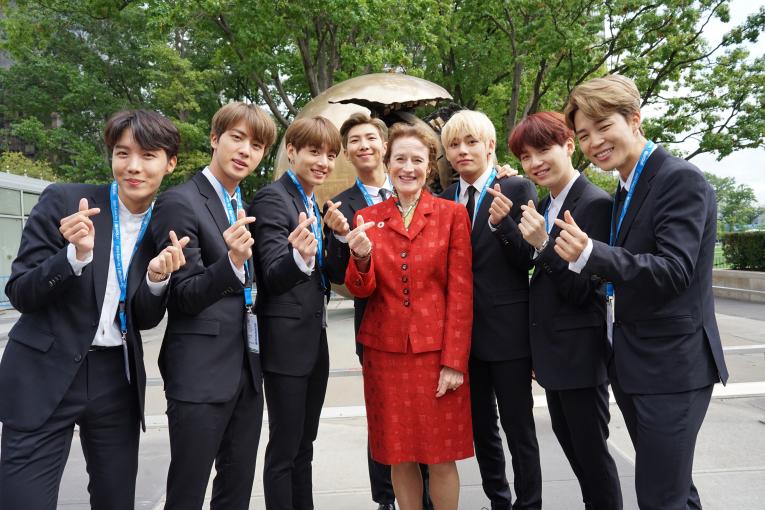 UNICEF/UN0237877/Nesbit
On 24 September 2018 at the United Nations Headquarters, UNICEF Executive Director Henrietta H. Fore UNICEF stands with UNICEF supporters BTS, a global pop group, in advance of the launch of Generation Unlimited at Youth 2030, a High-Level event at the 73rd session of the UN General Assembly, which opened on 18 September at UNHQ. From left to right: j-hope, Jin, Jungkook, RM, UNICEF Executive Director Henrietta H. Fore, V, Suga and Jimin.

“When we invest in our youth, we are giving them equality of opportunity, a chance to achieve their aspirations, and a better economic future,” said World Bank Group President Jim Yong Kim said. “If countries prioritize investments in human capital, they can transform the future for their economies, families, and millions of young people whose dreams are only matched by their will to achieve them.” 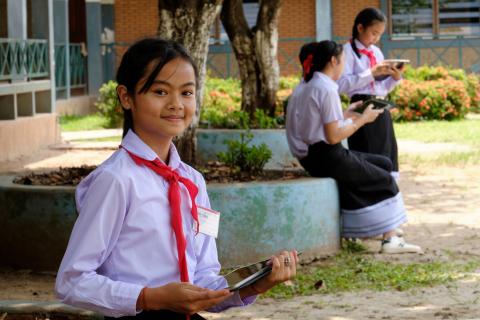 In Lao PDR, a digital transformation of education has begun 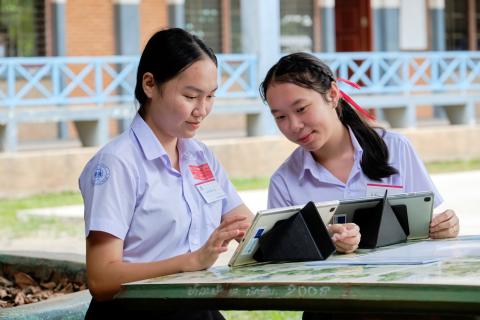 In the post COVID-19 recovery, we can transform education.

Learning crisis is a global challenge, it is not an impossible one. 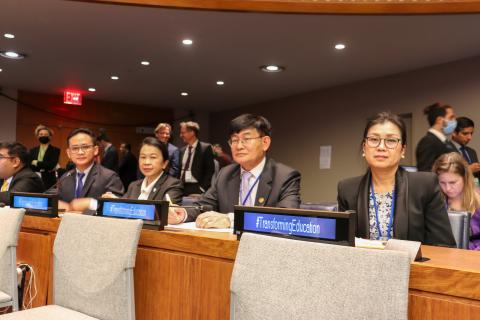 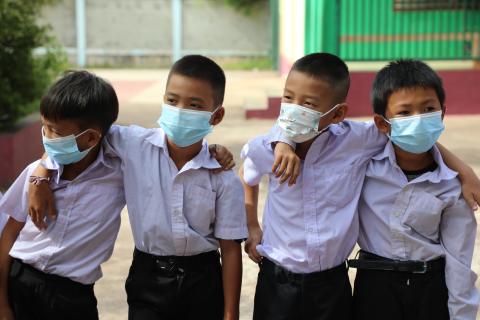 Students throughout Lao PDR marked the start of the new school semester with excitement and joy after many months away from the classroom and their friends.