Inclusive and quality education for every child

Jordan has almost achieved its target of universal access to primary education - with 97% of children in school - and maintained gender parity in education since 1979. However, progress in school enrolment has not benefited all children equally, including  children with disabilities and refugee children, and improving the quality of education requires greater focus and investment.

More female students are enrolled in secondary school than male students. Boys are more likely to drop out of school due to poor academic achievements, violence, bullying and labour. Lagging boys’ performance may be tied to teacher quality, availability of male teachers, violence in schools, availability of quality school environments and student-teacher ratio.

Meanwhile, girls are more likely to be kept at home due to protection concerns and household responsibilities such as caring for younger siblings or ailing parents. Girls are also far more likely to be married at an early age.

Learning outcomes in Jordan are poor throughout basic and secondary education. 70% of students in Grades 2 and 3 are reading without comprehension (National Committee for Human Resources Development, 2016). Students consistently perform poorly in international standardized tests, including in mathematics and science.

UNICEF is the co-lead of the country's working group on education and its education programming is fully aligned with Jordan's Education Strategic Plan 2018-2022. UNICEF's evidence-based education interventions for children include:

UNICEF is supporting the Government to build a more inclusive and accessible education system for all children. This includes making all public schools inclusive by 2028. To date:

UNICEF supports quality preschool education and stimulating caregiving services for all children. This includes supporting the Government to achieve the universalization of Kindergarten (KG) 2 by 2025 through:

Non-formal education is certified by the Ministry of Education and available for children and adolescents aged 9-20 years who are outside of formal education. To date:

UNICEF's expertise in bringing together education, youth engagement and child protection programmes is helping to create a better learning environment for children and youth in Jordan, including: 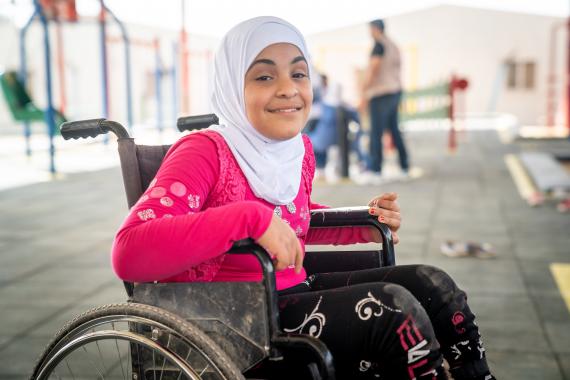 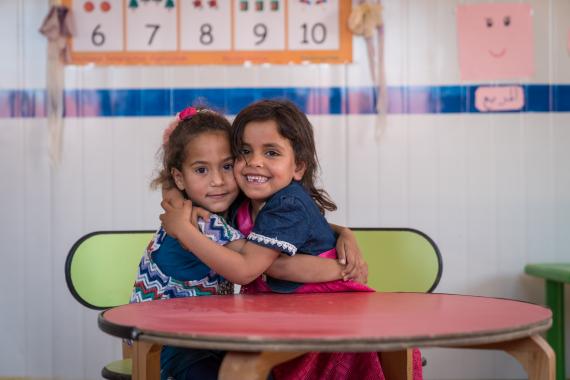 See more of our work in education