In the Kasai region, thousands of children were recruited and used by militia to fight and kill or used as human shield.

In the olden days, the daily life of thousands of children from the Kasaï region in the center of the Democratic Republic of Congo (DRC) was peaceful. Anto*, 12, divided her time between school, chores, and her friends. “I was  very happy to do all that”, recalls the girl who loved playing doll's tea parties.

But when the militias started to sow terror, all crumbled. “They beheaded my mother in front of me”, explains Anto who found herself alone. “The militiamen threatened to behead me as well if I cried”, continues the girl who was recruited by force. Anto remained for three months in the militia where the youngest children served as couriers, cooks, or human shields.

Children made up at least 60% of the militia forces in the Kasai region, as thousands of underaged kids were forced to take up arms. By joining the militia, the children, regardless of their age, underwent a baptismal ritual during which the soldiers-to-be acquired supernatural powers to protect them during the fighting. “They made me swallow live termites so that I am protected from bullets when I get shot”, Says 17 years old Annabelle*, who joined the militia after her father's death.

Young girls like Annabelle were in the front-line during attacks to stop the bullets.  “I was in the front line, completely naked, in order to distract the soldiers”, says Annabelle.  “During the clashes I was not afraid because I was baptized”, continues the teenager who has participated in several fights.

On the other hand, the boys held weapons and aimed to eliminate soldiers. “I killed a lot of people but I do not remember how many”, says Junior*, 17. “I had to kill everything before me”, continues Junior coldly. He believes that he was sent by a spirit after his baptism.

Throughout the defeats and the progressive losses of the militia, the children were invited out of the forest, where the militia was taking refuge. “Sensitizers came to tell us that we had to leave peacefully and that we would not be arrested”, says Anto who dreamed of returning to a normal life.

Gradually, UNICEF supported centers began to host a number of children who had left the militia. Supervised for several months by nurses, psychologists, teachers, and social workers, the children relearn how to live together and find a semblance of normality. Many learn the basics of reading and writing.   “I was happy because I had an education and was taught the alphabet”, recalls Anto.

Victims of the internal conflict, Anto, Anabelle, and Junior must relearn the daily normal life. Because they were the torturers in this conflict, some children cannot return home. Considered murderers by their community, children who have been enlisted into militia must now live far from their community. “Our dad often told us about his brother who lived in Tshikapa”, says Junior who has been living with his uncle and trying be rebuilt himself.

In 2019, UNICEF provided psychosocial support and care to 3,073 children formerly associated with armed forces and armed groups across DRC. 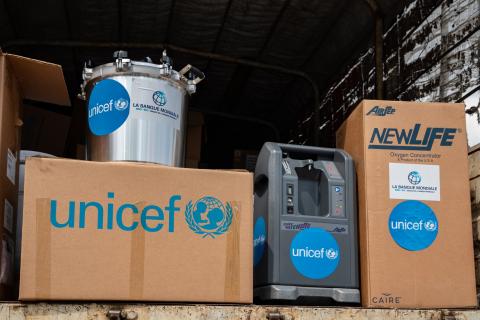 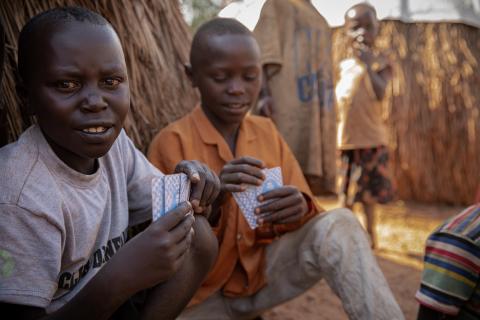 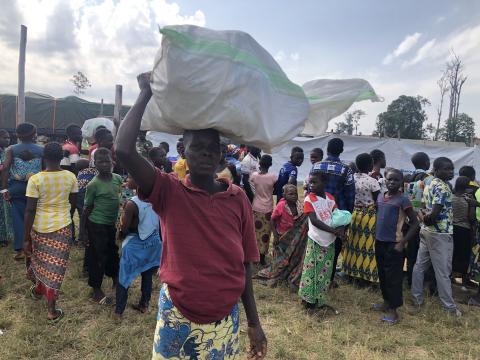 "That day when my life changed"
Over a quarter of a million people, the majority of them children, have fled intensifying violence in Ituri Province since the beginning of the year.
Read the story 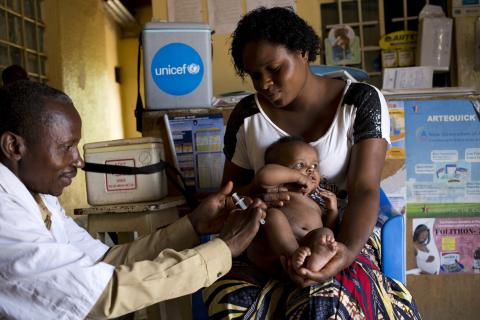