Facing the threat of cholera

Floods increase the risks of the spread of water-borne diseases, like cholera.

When torrential rains poured down on Bukama, a territory in the province of Haut-Lomani, Angèle Mbuya lost her house and all her possessions. “Our houses have collapsed”, recalls 59-year-old Angèle. From January to March 2020, the rise in the water level of River Lualaba has affected more than 200,000 people in four health zones of the Bukama territory, south of the Republic of Congo (DRC).

“We took refuge around the market, where we sleep outdoors and without hygiene” explained the sexagenarian. Having no other choice, Angèle drank contaminated water which quickly triggered violent diarrhea. “I was diagnosed with cholera”, explained Angèle who had been taken care of free of charge at the General Referral Hospital of Bukama, supported by UNICEF.

After two months of treatment, Angèle was back in good health but still held on to the memory of the floods which nearly cost her life.

Floods increase the risks of the spread of water-borne diseases, like cholera. Following the rise of the Lualaba river, UNICEF has set up chlorination points and disinfected wells to supply drinking water to the affected populations. In order to educate the population in the disaster areas, UNICEF organized community relays and disseminated prevention messages through local radio stations.

Six months after the floods, life resumed in Bukama. The water level subsided and cholera disappeared. Today, the beds in the cholera treatment centers are empty and no more cases of cholera have been recorded for many months.  The reinforcement of epidemiological observation, the maintenance of chlorination sites and the continuation of awareness activities, go on to ensure a sustainable prevention of the spread of cholera and other communicable diseases.

Thanks to ECHO and the Government of Norway as part of the Global Humanitarian Thematic funding for their support to the cholera reponse. 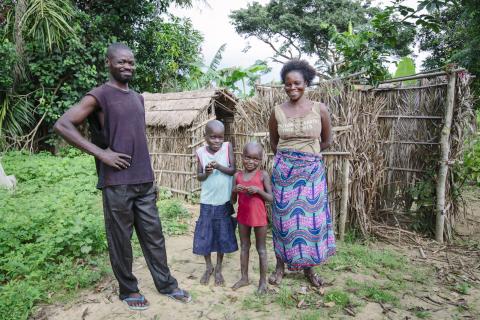