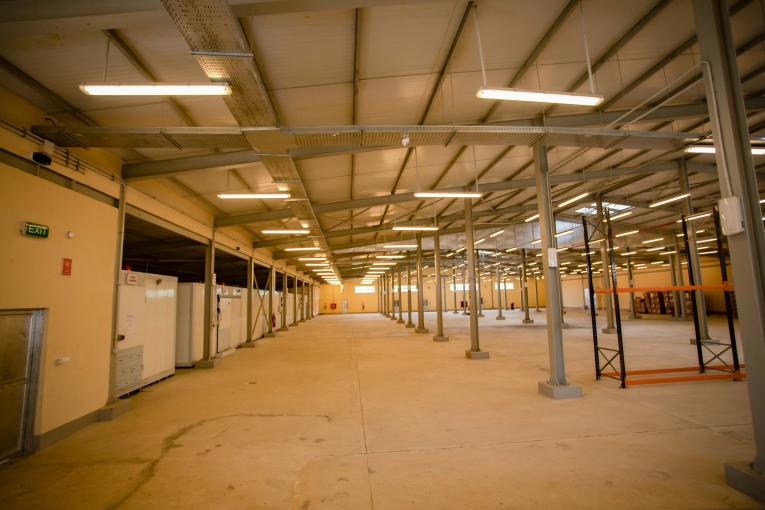 KISANGANI, 16 NOVEMBER 2021– A new USD4m cold chain warehouse – for the storage of Covid and other vaccines – has opened in the city of Kisangani in the Democratic Republic of Congo (DRC).

The warehouse is expected substantially to improve the supply of vaccines to the east of the country and will address some of the huge logistical constraints that have prevented medicine from being distributed to remote areas.

The Congolese-built warehouse – the second of its kind to be constructed outside of the capital Kinshasa – has mostly been funded by Gavi (the global vaccine and immunization alliance) – with support from UNICEF and the Congolese government.

It contains four cold rooms, a medicinal storage area, a meeting room and six offices. It is powered by mains electricity but has two emergency generators and solar panels.

It will be used to speed up the distribution of COVID vaccines from Kisangani and provide exactly the temperatures for them to be stored.

It will enable vaccinations to be more easily distributed against diseases such as measles and polio in addition to the supply of insecticide-treated mosquito nets, Vitamin A supplements and deworming treatment – among other medical benefits.

Mr Beigbeder said that it was a major achievement to build the warehouse despite recent major emergencies in the DRC that often led to huge displacements of people. These included the Ebola and measles epidemics and the June 2021 volcano eruption in Goma.

“I would like to commend the government for overseeing an important and steady progress in health, such as in immunisation or newborn health,” he said.

“The warehouse will facilitate the reception and storage of vaccines and other health products destined for the eastern provinces of the country (Tshopo, Bas-Uélé, Haut-Uélé, Maniema).

“It will strengthen the cold chain to make quality vaccines available to families, pregnant women and young children throughout the country, particularly in the most remote and difficult-to-reach health areas.”

The Congolese government has also welcomed the opening of the new warehouse, which it said would help to address the health and economic crisis caused by Covid.

Mr Beigbeder said the sheer vastness of the DRC – a country the size of western Europe – posed huge difficulties in terms of implementing the supply chain.

Vaccines for the immunisation programme are currently received in Kinshasa, which makes many provincial depots dependent on their level of accessibility to the capital. Shipping costs from Kinshasa to outlying provinces averages around USD2m per year.

“These weaknesses in the supply chain affect the sufficient availability in quantity and quality of vaccines and immunisation materials at service delivery points, thus limiting access to health services for certain populations, particularly the poorest and those living in areas that are difficult to access.”

But the fact still remains that about 1.75 million children out of a birth cohort of 3.75 million are still not vaccinated at all – or are incompletely vaccinated – against a variety of other diseases each year.

This low coverage rate is reflected in the resurgence of several epidemics, such as Poliovirus Type 2, measles outbreaks and more recently a meningitis epidemic in Tshopo province, of which Kisangani is the capital.

The warehouse has been built by Congolese engineers over a two-year period on government-owned spanning a one-hectare area. It has four trucks, two of them refrigerated, to facilitate the distribution of essential medical products outside Kisangani.

It has been possible thanks to the efforts of Congolese and UNICEF technicians working alongside the Ministry of Public Health, Hygiene and Prevention. 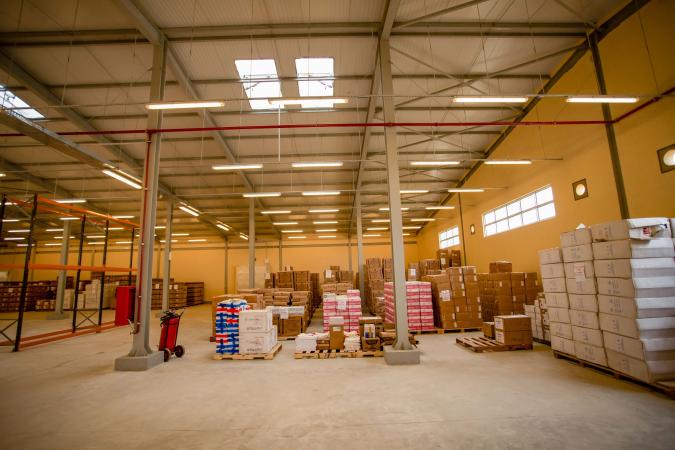 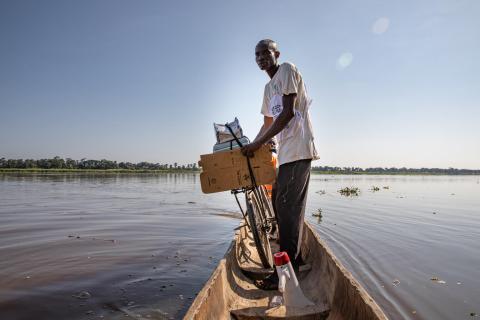 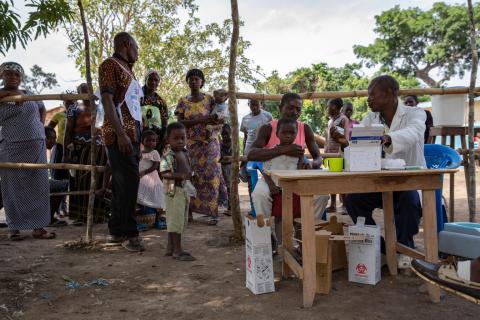 Fighting measles, one vaccine at a time

Measles is a major cause of death among children, but we can easily stop it with a safe and effective vaccine. 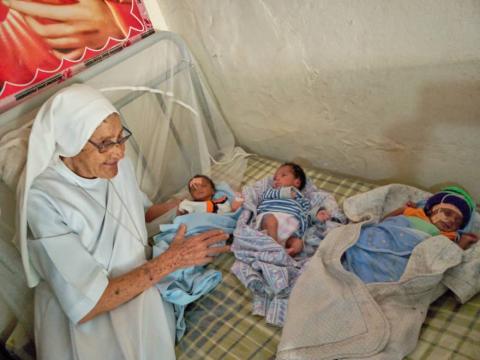 In the province of Sud-Ubangi, Sister Marie accompanied around 50,000 births as a nurse midwife.