A justice system fit for children

Child victims and witnesses of criminal offences suffer, and a justice system that is not adjusted to their needs and rights can inflict further trauma. In Croatia, from 2000 to 2014, almost 1,500 child victims or witnesses of criminal offences were interrogated without the required protection measures. Children were asked repeatedly to describe the situations they experienced or were interrogated without the relevant legal protection, thus inflicting additional trauma.

“I was sexually abused by my stepfather. It took quite a lot of time for me to muster the courage to tell my mother. After we reported the abuse, I had to describe what he did to me, and how, to people I did not know from within the system five times, and today, sixteen years later, I still find it extremely uncomfortable, so it was even worse back then. I was only eight at the time.” Lucija

On the other hand, there are also children, around 12,500 of them, growing up without parents because one or both are serving prison sentences. Such children can feel abandoned and some girls and boys experience fear and even emotional trauma. This is particularly the case when, because of either distance or money, they cannot talk to their parents on a regular basis. Therefore, it is extremely important to understand that society must ensure conditions where such children will not be victims of wrong decisions, choices and the acts of their parents.

Often, it is only children who know the truth about difficult or harrowing experiences of child victims and/or witnesses of criminal offences. However, in order for the perpetrators to be punished, judicial experts must learn the truth without inflicting additional harm on children. This is why UNICEF, in cooperation with the Ministry of Justice, launched a project to protect child witnesses and victims of criminal offences, so that court proceedings are aligned with the rights and needs of children.

In the programme, UNICEF provided funds for the training of judicial experts and for the procurement of audio-visual equipment for courts so that children’s testimonies could be filmed. UNICEF’s investment enables the viewing of interviews on a television screen in a separate room, while the video-recording of a single interview can be used many times during court proceedings if the suspect is indicted, so the child is not forced to repeat the testimony over and over again and experience further trauma.

Besides this, in cooperation with local experts, a set of manuals was also prepared to help experts, parents and children in court proceedings that involve children as victims and/or witnesses. The publications will be available in all courtrooms in Croatia.

Through the programme “Unbroken Ties”, UNICEF procured equipment for video-calls in prisons, refurbished the premises for child visits, and, by organising training, supported the existence of a family-friendly staffing model. The programme is conducted in cooperation with the Ministry of Justice and the Association Stork – Parents in Action.

Protect the most vulnerable children! 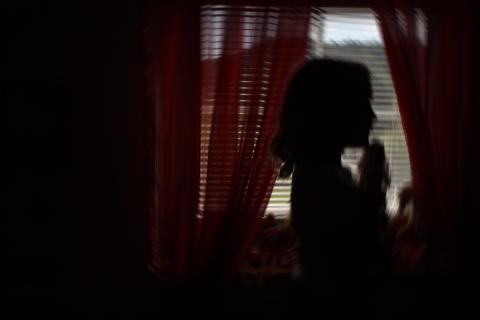 A Justice System Fit for Children