Results for the children

In 2016 the United Nations Children’s Fund marked its 70th birthday. This was the time to celebrate positive achievements for children, and to raise awareness for remaining challenges. It was also the 10th anniversary of UNICEF in Bulgaria – so we renewed our promises to boys and girls in the country. You – children and families, members of Government and non-government organizations, municipalities, UN agencies, academia, corporate partners and individual supporters  – YOU are all part of the change that we help Bulgaria make to realize children’s rights and well-being – and we Applaud you for your commitment and passion. During a gala and telethon on bTV “Together. For every child”, over 100 popular persons from music, cinema, sports, talented young people and children joined forces to raise their voice from stage and on the phones – to Fight Unfair and enhance equity so that every child in Bulgaria could develop his or her potential. Also, various opinion-leaders wrote their “Tiny stories” to wish children a better and safer childhood.

It is this ability of UNICEF to unite allies and act as convener that allows us to reach the hardest to reach and to help the most vulnerable. Through strong engagement and advocacy, we all are the Voice of children and the Voice for children. Thus, in 2016 we and our partners supported the following children’s rights:

:: “For every child, a family”: Now the process of moving away from residential to family-type and community-based care is considered irreversible. By the end of 2016, the number of children living inbig institutions dropped by 85% compared to 2010 – and 1,029 children were in residential care, while 2,381 - living with foster families.

:: “For every child, comprehensive wellbeing”: We enabled the creation of 2 new outreach services in Montana region, in addition to the existing 3 in Shumen region. The 5 UNICEF-supported Family Centers reached and helped over 2,000 of the most vulnerable families in the marginalized communities, and enabled access to kindergarten, healthcare and education; also developing parental skills and providing individual counselling – so that they guarantee children’s right to live in a supportive and caring family environment.

:: “For every child, the best start in life”: We supported the Centres for Maternal and Child Health in Sliven and Shumen to provide support, information and guidance for care for young children to  6,400 caregivers and pregnant women, thereby covering 65% of the children under the age of 3 in these regions – and the Government committed to establish the home-visiting service nationally. We also improved the skills of over 350 parents and caregivers through Workshops for parents – and the messages of “The Beginning of Life” global documentary, promoting the importance of early childhood development, reached thousands of parents of young children in Bulgaria.

:: “For every child, quality education”: We enabled the inclusive environment in 35 kindergartens in 4 regions in 2016, as a result of “Together from the Kindergarten”campaign launched in  2015 by UNICEF, bTV, partners and donors to  support  the right of children with specific needs and disabilities to learn, play and grow together with their peers. To further foster solidarity, we also facilitated “The World’s Largest Lesson” among 15 000 students who learned about issues of violence, poverty, social and gender inequalities, climate change and protection of the environment. These efforts of UNICEF in Bulgaria to empower boys and girls to act as agents of change towards achieving the Sustainable Development Goals were praised at highest level, when President of Bulgaria, Mr. Rosen Plevneliev, advocated at the UN General Assembly in 2016 for children to be placed at the heart of global and national agenda to build a safer and fairer world.

:: “For every child, protection”: Advocacy and support was the focus of the 3 Child Advocacy Centres, created after the 2014-2015 campaign by UNICEF, bTV, partners and donors “Future free of violence for every child”. In 2016, the Child Advocacy Centres supported 164 children victims of violence and their families in Montana, Shumen and Sofia regions, through the expertise of our NGO partners. Protection was at the heart of our efforts also to support refugee and migrant children, especially the unaccompanied and separated. We helped partners to monitor the situation of children on the move and to ensure their needs are met”., and to help children overcome trauma and enjoy play and recreational activities in child-friendly spaces. UNICEF also sensitized the society though “Unfairy Tales” and “Act of Humanity” initiatives to fight discrimination against refugee and migrant children.

:: “For every child, access to justice”: We supported Ministry of Justice to boost long-overdue Juvenile Justice Reform by introducing new legislation in line with international standards. It guarantees that children under 14 will not be deprived of liberty; children will not be placed in closed centres due to status offences for which no adults would be punished; there will be a range of alternative measures; deprivation of liberty will only be last resort and for minimum period. But change in people’s perception are also needed – so UNICEF Bulgaria acted as convener and held the campaign “Sentenced childhood? Justice for very child”with Nova TV, Ministry of Justice, Prosecutor General and Ministry of Education to change negative social norms and give boys and girls who made mistakes, a chance to develop their potential.

:: “For every adolescent, a second chance”: We also promoted social entrepreneurship to engage and reintegrate young people who are neither in employment nor in education or training (NEETs) in Shumen region. We identified good practices to prevent school drop-out and rolled out innovative approach to improve the educational outcomes of boys and girls from vulnerable communities.

:: “For every child, participation”: We supported partners to promote children and adolescents voices to be heard. We also built on the 2015 consultation with children and established UNICEF school clubs reaching 3,500 children. Children’s right to participate in decisions that concern them was further enhanced though a long-term campaign “My voice matters” by UNICEF Bulgaria and Investor Media Group.

:: “For every child, care”: To better safeguard children’s rights and well-being, we achieved a number of strategic cooperation agreements with key partners in 2016. Without YOU – members of Government, local authorities, non-government organizations, medical centres, schools and kindergartens, media, corporate partners and individual donors – it would be impossible to achieve positive results for children that we presented. THANK YOU for the solidarity to the more than 40,000 individual BLAGODETEL (Benefactors) who regularly contribute to the rights and well-being of children in Bulgaria through UNICEF, and the thousands of supporters in Facebook, Twitter, Instagram, YouTube, website. Our achievements are YOUR achievements as well. Together, we can reach #EveryChild! 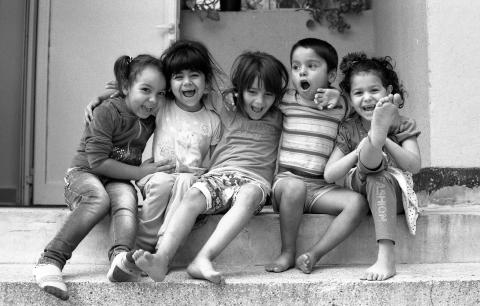 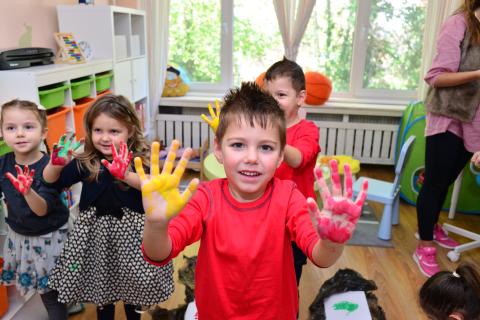 "Together from the kindergarten" - Progress Report 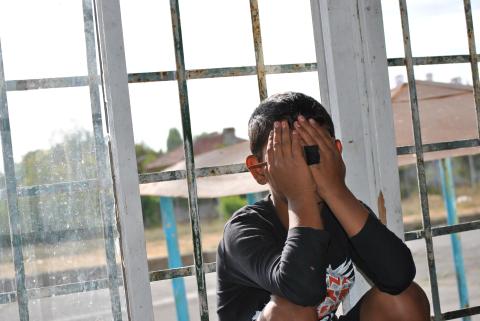 Stolen childhood: Detention and conflict with the law