In Hajjah, children fight every day to survive

In Yemen, one out of three children and one out of five pregnant and lactating mothers are at risk of acute malnutrition.

Hajjah, Yemen, 1 November 2018 – At first sight Hajjah seems a quiet place to live as a child. The city, located 127 kilometers northwest of Sana'a, the capital of Yemen, offers breathtaking views over the surrounding mountains and green valleys, which used to attract many visitors before the conflict escalated in 2015 and before Yemen became one of the worst places on Earth to be a child. More than three years after the beginning of the current war, the situation keeps worsening, with children being the primary victims of this conflict.

Even before the conflict, Hajjah was an area heavily affected by malnutrition in Yemen. There are currently more than an estimated 28,000 children affected by SAM in this governorate and 124,000 MAM (Moderate Acute Malnutrition) children. These children are fighting every day for their lives and they need immediate assistance to survive.

At the Therapeutic Feeding Center (TFC) of Hajjah hospital, there are currently 8 children being treated for Severe Acute Malnutrition (SAM). Tahani, Abduld Kader and Sahar are some of them. They all arrived in severe conditions, suffering from complications such as severe pneumonias, diarrhoea with severe dehydration. The medical staff is rotating to make sure that children like them get the treatment they need for a long-term recovery but it is difficult to ensure a full-time medical presence and a quality treatment in other remote parts of the governorate.

n this context, a UNICEF Yemen team led by the Chief of the nutrition team Dr. Karanveer Singh went to Hajjah earlier this month to assess the situation on the ground, meet with the local health authorities and agree together on an action plan to quickly respond to the dire situation in the governorate. “We are facing a cross-sectoral issue in Hajjah and we cannot improve children’s health and nutrition without taking the whole picture into consideration. Due to the lack of revenues and the increasing inflation, people cannot afford to buy food anymore. Families are struggling to provide their children with education and schools remain closed due to the lack of teachers. In fact, health workers and teachers have not received their salaries for over two years. The already fragile health centers are running slow because of the lack of personnel, medical supplies and equipment. It is also a challenge to bring food and essential supplies to families in these hard-to-reach mountainous areas. Water facilities have been partially damaged and are poorly maintained, which contributed to a resurgence in early 2017 of water-borne diseases in the area, such as cholera/acute watery diarrhoea. Children are lacking everything and there is an urgent need for assistance and that’s why we are here today, to come up with a quick response plan to tackle malnutrition in Hajjah so that we can save more children’s lives.” explains Dr. Singh.

UNICEF is already supporting 6 health facilities in the area, with the contribution of World Bank Emergency Health and Nutrition Project (EHNP), with appropriate training to health workers on malnutrition screening and treatment, provision of medical and nutrition supplies and equipment, assistance to health workers with incentives to carry out specific health and nutrition activities.

Operational cost for the functioning of a health facility is also an important element of the WB supported project, as well as deployment of mobile teams in hard-to-reach areas. These interventions are supported by the World Bank group, the United Kingdom Department for International Development DFID, the Kingdom of Saudi Arabia, the United Arab Emirates, the Office of U.S. Foreign Disaster Assistance USAID/OFDA, the German Development Bank KfW, ECHO, the Italian Ministry of Foreign Affairs and International Cooperation, the government of Japan and many other donors. “We have seen an increase in number of malnutrition cases in our governorate in the last year.

Heath facilities are receiving more SAM and MAM case every day which means that we need additional medical supplies and health workers to address these increased needs. We are glad we are here today with UNICEF to see how we can strengthen our cooperation and respond rapidly to the urgent needs of the children in the area. UNICEF is always present when we need more support this is highly appreciated.” says the director of the Primary Health Care Department of Hajjah’s governorate.

With UNICEF’s support, and thanks to the support of donors, more than 196,000 under-5 severely malnourished children were admitted to therapeutic care across the country, between January and September 2018. In addition, to improve infant and young child feeding and caring practices, over one million mothers and caregivers were counseled during the same period, and over 417,000 children under-5 were given micronutrient interventions among other basic health assistance. 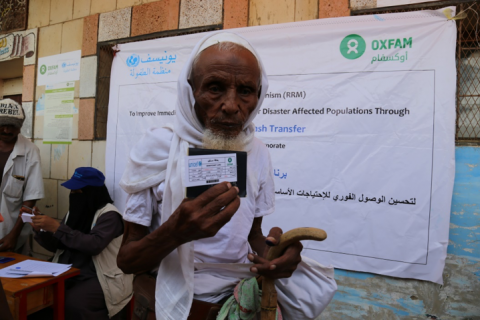 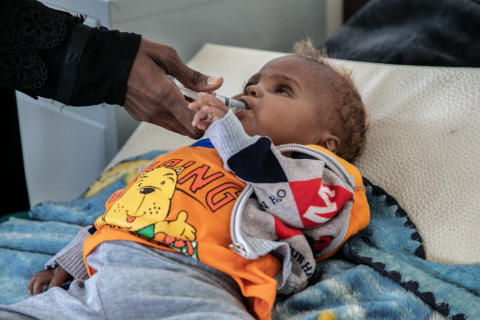 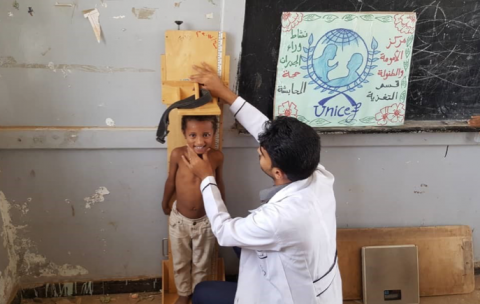 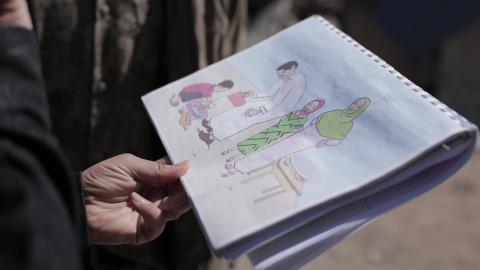 What it takes to keep communities, and homes clean
UNICEF with it's partners are working with the authorities to keep systems going and empowering communities to prevent the spread of disease
Read the story