Girls Can: Invent and Innovate

It inspired her with an idea to produce a machine that would do the weeding itself and increase productivity for farmers.

The idea eventually reached the attention of President Mirziyoyev who met with Zulaykho and a group of youth activists in the region and later named the prototype, Madadkor- the helper.

“In Dangara we have a lot of fields and many people make their living via farming. I kept seeing these people working in the heat all day doing manual weeding,” explains Zulaykho.

“Weeds have made the cotton fields less fruitful in the latest years and I was very concerned about how to find a way to help these people, so I made a drawing of a machine that would do the withdrawal of weeds and increase the yield by 20-30%. That is in theory, of course, but soon we will be able to see practical results.”

Zulaykho developed the drawings and prototypes of the Madadkor weeding machine and participated in contests and conferences with her invention.

“Now the final stage of production is underway,” Zulykho says with excitement.

Zulaikho grew up in an ordinary family, but says she owes a lot to her parents. Her father is a physics teacher, and her mother is a housewife. It was her father who encouraged her interest in science from a young age and decided to invest in higher education both for his son and for his daughter equally.

My mother often asks me why I need all this and why I can’t just get married like other girls and just live a family life instead of dragging her around from one contest to another,

The idea was eventually patented after the President met with Zulaykho and youth activist members and called on the Youth Union to finance the production of the first test version of the machine.

“Now the final stage of production is in progress”, Zulaykho says excitedly.

Zulaykho grew up in an ordinary family but says she owes a lot of to her parents. Her father is a physics teacher and her mother is a housewife. It was her father who encouraged her interest in science from a young age and who chose to invest in higher education for both his son and daughter equally.

“If I were a boy, my life would definitely be easier – first, I would not need to ask for help to carry around the models of my inventions as they are quite heavy. Secondly, it would be much easier to travel, as being a girl, I am not allowed to travel by myself, so I always have to ask my mother to accompany me if I want to take part in a conference in another town or country.”

“It would be easier to just take off and go wherever you need by yourself, like boys can do in our community. But in terms of participation on the state level – there are all the conditions, girls are encouraged to be more active and not limit themselves to just running the households.”

Zulaykho says she would like to serve as a motivating example to her peers or younger girls.

“Whatever life you choose, it’s up to you and your interest,” she says. “Parents should believe in their children and instead of limiting them, encourage them to grow intellectually and professionally.”

Improving the quality of service delivery to socially vulner

Improving the quality of service delivery to socially vulnerable families 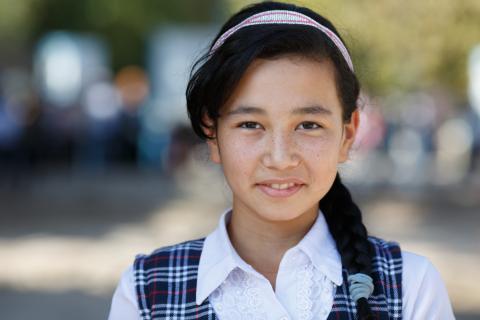 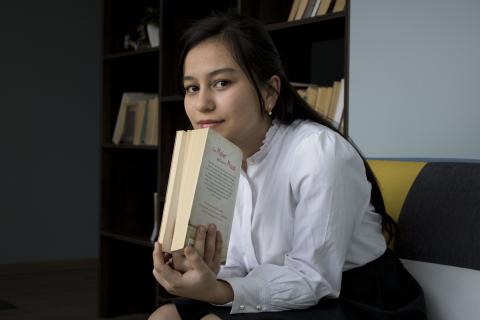 Girls can: Story of Muslima from Tashkent

Story of a 16-year-old programmer