Every morning, before the war, 12-year-old Arseniy would escort his younger sister to school, before riding the subway to his own classes. Now, as the violence rages around them, he attends by turning on his computer.

"I hope they do their homework,” says Antonina, his mother, anxiouly. “I still remind them, but I haven't checked for a long time.”

The war in Ukraine has had a devastating effect on children, with many now bearing the mental and physical scars. Around two-thirds of Ukraine’s children are now displaced, terrified, in shock and desperate for safety.

UNICEF is on the ground, providing around 3 million children with a renewed sense of stability through online education, thanks to the Ministry of Education and Science.

However, many are struggling, amid the escalating violence and upheaval.

In the Vinnytsia apartment where Arseniy and his family currently live after fleeing their home in Kyiv, Arseniy sometimes struggles to concentrate. Space is so limited that Ivanka, his nine-year-old sister, studies on the floor in the hallway.

"It is difficult to concentrate in such conditions,” says Antonina. “Especially when you get disconnected every ten minutes.”

Arseniy has good marks, but he misses home and school desperately.

"I want the war to end and I to return to normal life.”

Ivanka studies online three times a week and also spends time with a private tutor. She was forced to leave her prized school books behind in Kyiv.

"I asked other parents to take photos of their workbooks, process the pages in Photoshop and print them so that my daughter could do homework on them," says Antonina.

Marianna, who is 10 years old, also fled Kyiv without her workbooks. While she values the classes, she misses her friends, cocoa breaks and her favorite taekwondo and sewing classes.

"The class chat has become a way to send photos of textbook pages,” says Natalia, her mother. “But that is also a good thing – my child has mastered a simple photo editor and writes answers for maths in Paint.”

Six-year-old Myroslava, who is also displaced in Vinnytsia, now attends an online kindergarten.

The kindergarten, launched by UNICEF and the Ministry of Education and Science in cooperation with the Ptashenya Children's Space and with the support of MEGOGO, offers leisure activities, educational and developmental videos and, crucially, a sense of normality.

The online kindergarten is part of the NUMO preschool project. Videos are available through the Ministry of Education and Science of Ukraine, UNICEF, MEGOGO, YouTube Kids and other platforms. The latest episodes have received over 450,000 views.

UNICEF and its partners are doing everything possible to scale up life-saving programmes for children, including facilitating access to temporary learning. Over the past week, 1,380 recreation kits, 376 school-in-a-box kits and 54 early childhood development (ECD) kits have been delivered to areas with large concentrations of displaced families, including the Dnipro, Ivano-Frankivsk and Zakarpattia regions. 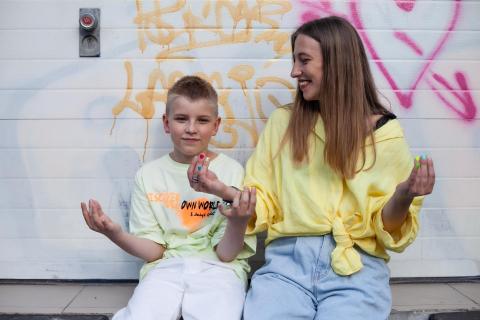 MoES, UNICEF and Diia.Digital Education portal launch: ‘To Be There’ - a new educational series about mental health support 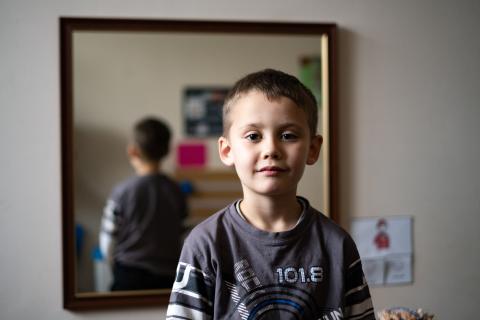 Speech support for young boy amid war in Ukraine 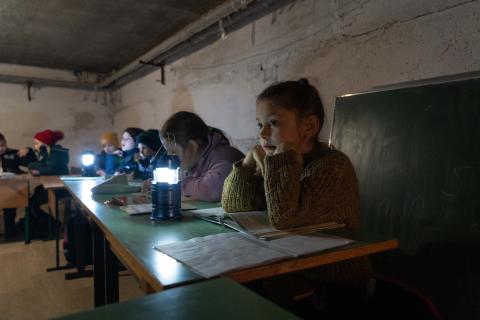 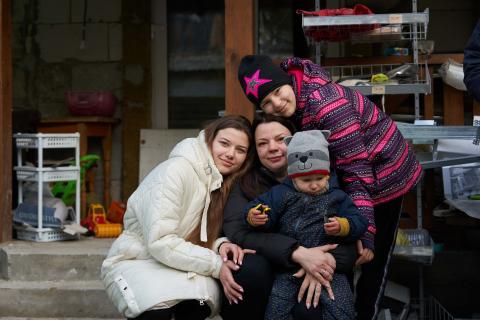 Family vows to rebuild after losing home in Irpin

Sixteen-year-old Sofia and her family lost their home after it was struck by a shell, but are determined to rebuild