All children need access to education but they also need to receive an education of good quality. This is what the right to education is all about.

While the introduction of universal primary education (UPE) in Uganda in 1997 greatly improved access, it did not improve quality. As the student population tripled between 1997 and 2014, more and more children started dropping out. By 2003, only a third of children who had enrolled in primary school in 1997 had reached the seventh grade.

Children drop out or are absent from class for several reasons. Among poor families, the cost of school uniforms, books, stationery, and saving funds becomes too much to bear, pushing children out of school or leading families into debt. Illness and domestic work keep many children from attending school on a regular basis. Children with disabilities, orphans and other disadvantaged children are especially at risk of school exclusion.

Teachers have a great impact on student achievement. But the rampant teacher absenteeism and under-qualification of many teachers spell disaster for children. Less than half of children are literate at the end of primary school. In secondary school, only 15 per cent of students are proficient in biology, 43 per cent in English and 47 per cent in maths.

The school environment also plays a part in children’s motivation to stay in school and learn. However, violence against children is commonplace in Ugandan schools, including caning and other forms of outlawed corporal punishment. Many children report being abused by a teacher or bullied in school. Male teachers often sexually harass girls.

UNICEF is supporting quality education delivery in 30 poorly performing districts and this is being done by:

See more of our work in quality of basic education 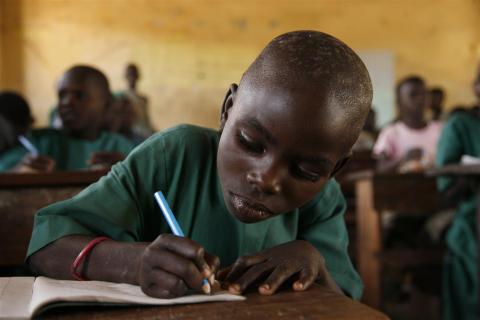 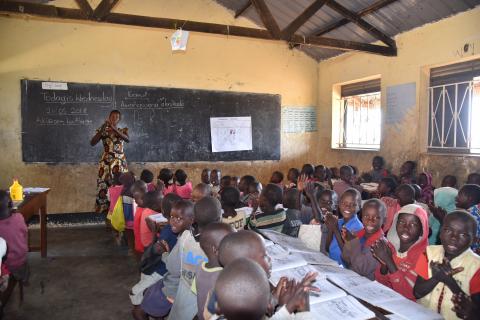 No class too big with the right teaching skill set 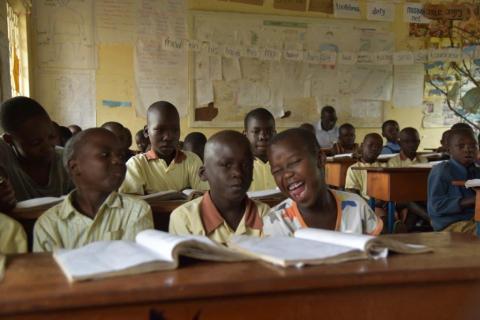 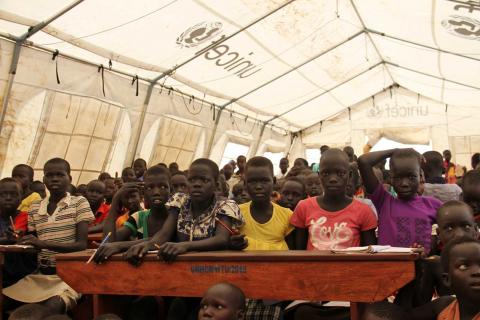 Providing an opportunity to learn