Uganda, like many sub-Saharan African countries, faces major challenges in providing quality and accessible basic education to children and adolescents.

Early learning and development is compromised by the lack of pre-schools and other early childhood development (ECD) programmes and qualified teachers, as well as limited awareness and appreciation of the importance of ECD. One out of every 10 children between 3 and 5 years of age is enrolled in pre-primary education.

Attendance at primary level has grown due to a universal primary education policy launched in 1997 but the quality of teaching and learning needs significant improvement. Teacher absenteeism is high in Uganda, with more than 60 per cent of teachers not in the classroom teaching in over half of all Ugandan public schools.

Many children do not complete their schooling nor have the competencies needed to do well in life.  Only 1 in 4 children who starts primary school makes it to secondary school. Less than half (40 per cent) of students are literate at the end of primary school. Children with disabilities are largely excluded from formal schooling because of shortages of special needs teachers and facilities.

Secondary education is still inaccessible to most adolescents. Less than a quarter (24 per cent) of adolescents are enrolled at this level. Early marriage, teenage pregnancy, abuse at schools and school fees keep many teens, especially girls, out of secondary schools.

The school environment also plays a role in keeping children out of education. Schools lack adequate toilets and washing areas, and sexual abuse and canning at schools is rife despite an official ban on corporeal punishment.

Close to a quarter (24 per cent) of Ugandan children have experienced sexual abuse in schools.

UNICEF responding to the education needs of Uganda's most vulnerable children

If Uganda is to achieve its vision of becoming a middle income country, it cannot afford to have millions of children leave school without basic literacy and numeracy skills. This is why UNICEF is working with the government to build an inclusive, relevant and accessible education system and keep children learning.  In this regard,

UNICEF and its partners focus on three strategic areas:

Early childhood development: UNICEF strengthens national capacity to coordinate, manage and scale up integrated early childhood care and development programmes, with emphasis on the most deprived and vulnerable children.

Quality of basic education: UNICEF enhances national capacity to increase equitable access, quality and sustainability of primary education that is inclusive and innovative.

“I was overjoyed when my uncle told me that I was starting school.”

Related information on our education programme 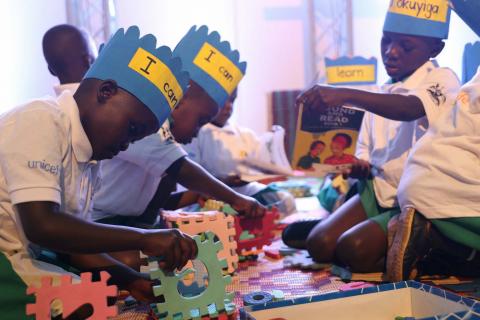 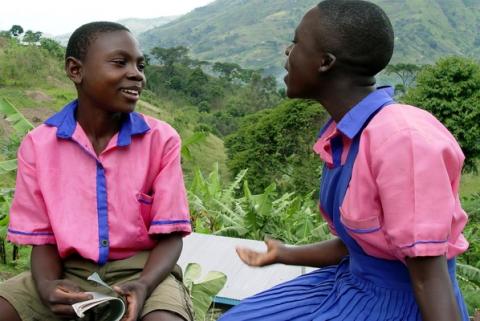 Investing in the holistic development of adolescents 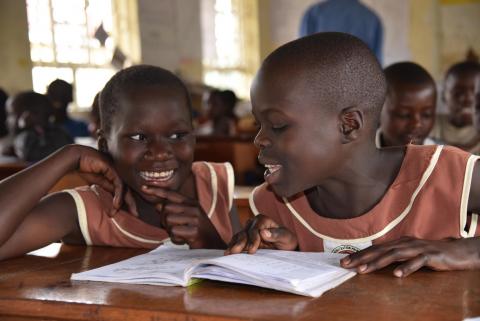 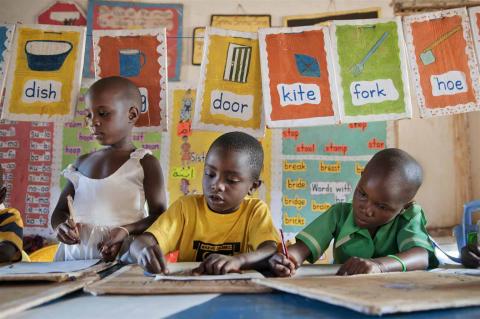