Improving access to information, life skills and essential services to reduce their vulnerability

At 9 million, adolescents make up a quarter of the population in Uganda. Yet life is harsh for many. Poverty, HIV and AIDS, early marriage, teenage pregnancy, gender-based violence and low participation in secondary education make it difficult for young people to fulfil their potential.

Adolescent girls, in particular, face multiple vulnerabilities. Adolescent girls are severely and unevenly at risk of HIV infection – two thirds of all new HIV infections are contracted by adolescent girls. Many girls also drop out of school as a result of unwanted teenage pregnancy and early marriage. According to the Ministry of Health, 25 per cent of Ugandan teenagers become pregnant by the age of 19. Close to half are married before their 18th birthday and continue having babies into their mid-40s.

Complicated births and abortions, often requiring emergency obstetric care, are all too common among adolescent girls. But many teenage mothers do not have access to adequate reproductive health care and die while trying to give life. Uganda has one of the world’s highest maternal mortality rates, with 18 mothers dying every day in pregnancy or during and after childbirth. The traditional practice of child marriage and female genital mutilation/cutting (FGM/C) also persists in many communities. In 2013, Uganda ranked 16th out of 25 countries with the highest rate of child marriages. In the Pokot community in Amudat district (Karamoja), almost all girls (95 per cent) have been cut to make them more ‘marriageable’. Both practices are devastating for girls’ physical and mental health.

One of the best ways out of vulnerability, poverty and exclusion is education, but access to secondary education is low in Uganda. Only a fifth of adolescents of the right age are enrolled in secondary schools. In addition to teenage pregnancy and child marriage, school fees and other related costs are key factors that keep adolescent girls out of school. Violence is another barrier to girls’ education. Instead of having protective and safe learning spaces, many girls face sexual harassment and rape in schools. A study on gender-based violence against children in Acholi and Karamoja in 2013 found that the majority of primary and secondary school children had experienced sexual abuse.  Most were abused by a male teacher. Bullying and caning were also prevalent, despite corporal punishment being outlawed in schools.

UNICEF is helping the government to narrow the gender gap in education. The National Strategy for Girls’ Education is the overarching umbrella under which girls’ education is promoted and coordinated. Issues such as gender-based violence, teenage pregnancy and child marriage are also addressed by the framework.

UNICEF is working with the government and partners to provide integrated and youth-responsive health information, care and support to adolescents at risk of, and living with, HIV and AIDS. This includes implementing the School Health Policy, improving access to HIV testing and TB diagnosis, preventing mother-to-child transmission of HIV from adolescent mothers to their babies, and treatment and support for adolescents with HIV and TB.
UNICEF is supporting life skills education in schools, including adolescent-friendly reproductive health education and awareness-raising on HIV transmission and prevention, using various platforms like clubs, sports, music, dance and drama.

In collaboration with the government, UNICEF is supporting the rollout of the National Strategy on Ending Early Marriage and Teenage Pregnancy (link to strategy) and the National Strategy on Eliminating Violence Against Chil-dren in Schools. FGM/C in Karamoja and Sebei regions are being addressed through a joint programme aimed at stopping the practice in one generation. Focus is also placed on increasing reporting of and response to cases of violence through popularizing the child helpline and operationalizing the reporting, tracking, response and referral guidelines at school and community levels.

“Girls [unmarried] who produce children at home are normally mistreated and stigmatized...The parents of the girl may start to mistreat her because ‘this one brought shame to the family’. The girl’s education is stopped due to pregnancy. The mother and child lack assistance and the community laughs at them.” Teenage out-of-school girl, Kapchorwa

I learned the importance of not having children before I am old enough to take care of them; how to avoid being pressured into doing what I don’t want to do; how to solve problems, the dangers of drinking and taking illegal drugs; and having goals and a purpose in life

See more of our work in adolescent development 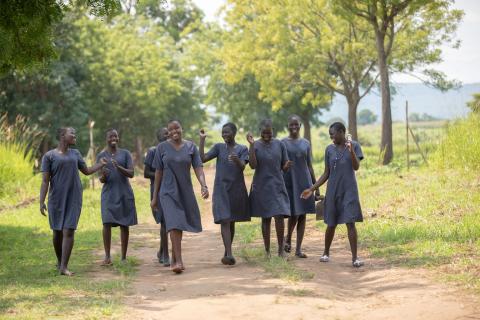 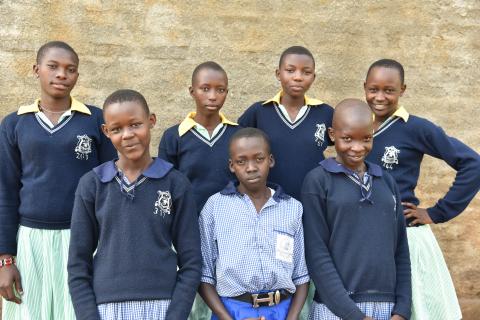 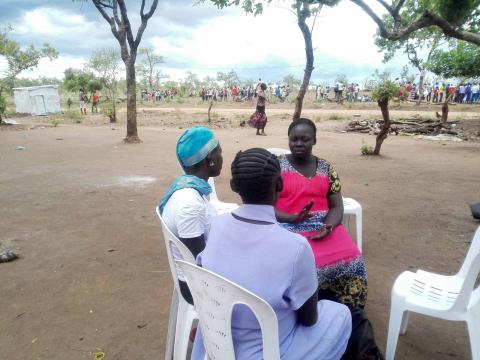 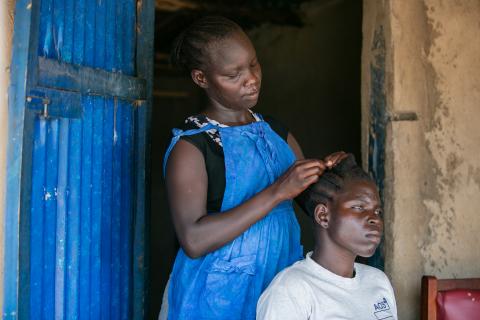 Ide aquires vocational skills to work and go back to school

“I was stressed and had no hope!"