Beatrice and Jackson Rwabyoma are living positive with HIV but their two year old twins are HIV free! This success story was the key highlight at the final Elimination of Mother-To-Child Transmission of HIV (EMTCT) Regional campaign for South Western Uganda. The event was held recently in Kiruhura District, South Western Uganda.

The regional campaigns championed by the First Lady of Uganda and Minister for Karamoja Affairs, Hon. Janet Museveni, were initiated and rolled out in March 2013, to create awareness about EMTCT and have led to a significant reduction in babies born with HIV. The campaigns have since been concluded in all the ten regions of Uganda.

The twin boys, Jackson and Daniel are bubbly, lively and enjoying a life free of from the virus thanks to the EMTCT programme.

Speaking at the event, Ms. Beat Bisangwa, the Executive Director of the OAFLA Uganda, celebrated the couple and notified the gathering that the couple was enrolled on the Option B+ programme during the very first EMTCT campaign held in Ntungamo District. During that event, the First Lady officially launched the Option B+ strategy, gave the couple an ART tablet and encouraged them to adhere to their treatment. She also appealed for male involvement if the programme was to succeed.

“Today we are here to celebrate the success of the EMTCT programme through Beatrice and Jackson,” Bisangwa mentioned.

Our twins are evidence that the campaign and medication really work. I have no doubt about it

According to Namala Florence, the midwife who has supported the couple since they enrolled on the programme, “the couple has been very cooperative and they adhere to the drugs, but above all, Jackson has been a very supportive husband.”

The campaign launch activities included an EMTCT stakeholder’s meeting that brought together partners from the 14 Districts in South Western Uganda.

During the meeting, Dr. Steven Kamya, the District Health Officer for Kiruhura mentioned that the HIV prevalence for the region remains high at eight per cent against the national average of seven per cent. Therefore interventions such as the EMTCT programme have enabled the region reduce the number of HIV infections, he said. For example, the number of children born to HIV positive mothers who turn HIV positive has tremendously reduced; the number of newly identified HIV positive pregnant and nursing women has progressively decreased, over the years of EMTCT implementation. However, despite the successes registered, a number of gaps such as low male involvement, low numbers of mothers delivering in places where the safety of the babies are uncertain, still remain. “The struggle must continue until the enemy (AIDS) is wiped out, he stressed.

The UNAIDS Country Representative thanked the First Lady for championing such a great cause that has registered a lot of success not only in the South Western region but nationally. He also added that before the campaign, 30,000 babies were born with HIV but now the number has reduced to 5000 babies. He called on all stakeholders present to continue working together to sustain the gains registered so far to ensure no child is born with the disease. He highlighted a number of gaps that need to be addressed if the nation is to get to zero babies born with HIV – For example, patients’ adherence to drugs; need to address cultural practices that propel the scourge; addressing stigma, among others.

While addressing the gathering at the event, Mrs. Museveni highlighted the need to adopt a comprehensive implementation package starting with ABC, especially with regards to teenage pregnancies; family planning; EMTCT and ART, if the disease is to be wiped out completely. “We need to include families even more in the fight against AIDS. We cannot take on this problem without involving families,” she stressed.

Mrs. Museveni urged health workers to encourage couples to utilize the EMTCT services; get tested for HIV as well as urge mothers to complete the recommended four antenatal visits; deliver under health care and ensure their new-born babies are tested. She called on all HIV infected mothers to take their medication all the time so their babies stay free from HIV, before reminding the men to support their wives during the struggle.

“Today we celebrate because fewer babies are born with HIV. The story of the twins is testimony to this. This gives the parents hope and a reason to live,” the First Lady said.

She thanked all partners (Development Partners, UN family, USAID, CDC, Global Fund) who have worked with her on the EMTCT programme that has led to the reduction of numbers of babies contracting the disease.

Jackson lauded the First Lady for bringing the EMTCT programme to his district because it has enabled them give birth to children who are free from the deadly disease.

Today, we not only have a set of twins but they are free from the disease (HIV) 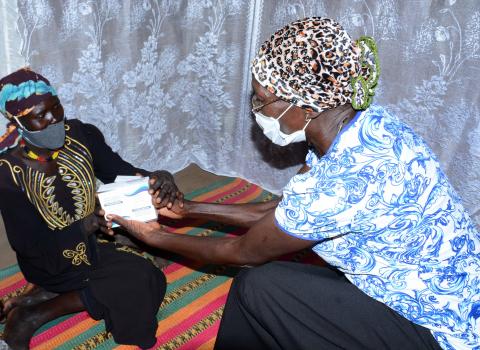 “When I missed the appointment for a month, the clinic staff came looking for me. They brought drugs for us." 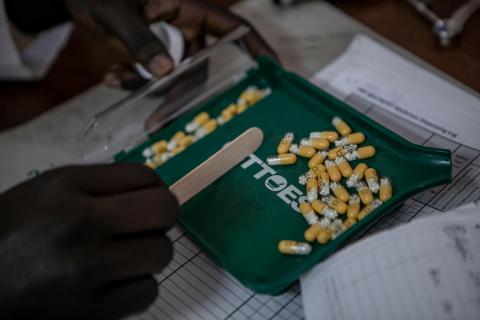 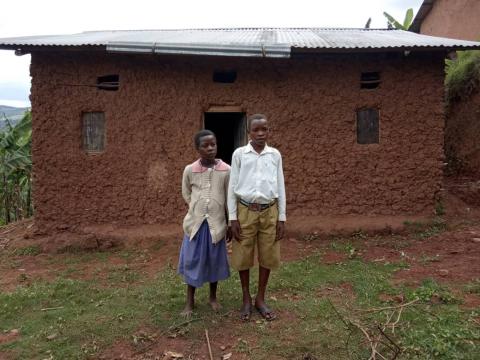 Tale of a child headed household 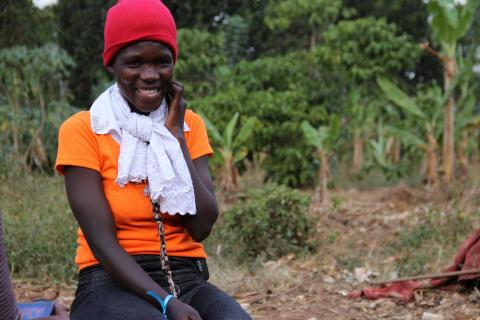 HIV positive mother learns from her mistakes, saves her baby