Access to sanitation services can protect at-risk communities and reduce the spread of water-borne diseases such as diarrhoea, cholera and typhoid that could be fatal. Still, to this day, millions of people around the world face a sanitation crisis. In Sudan, 33.1 per cent of the population still practices open defecation (OD). In East Darfur, the percentage goes up to an alarming 38.4 – with only 27.97 per cent having access to improved latrines.

Until recently, South Sudanese refugees in the rural community of Muhajiria in Yassin Locality, East Darfur, lacked basic sanitation and drinking water facilities and resorted to drinking contaminated water from a nearby pond and other unsafe sources, causing them to get sick from preventable diseases.

To address these challenges, UNICEF and partners trained water management committees and built 200 latrines and 10 hand pumps. South Sudanese refugees and host communities were also trained as hygiene educators to raise awareness on the importance of latrine usage and construction of local tippy taps for handwashing. Through this training, UNICEF reached 2,600 students, including 1,400 girls, in five schools.

Hygiene promotion volunteers regularly visited households to reinforce key messages on good hygiene practices such as handwashing at critical times and proper usage and maintenance of latrines. This led to improved health, sanitation and hygiene behaviours. Moreover, children were also trained as agents of change to influence these behaviours in their homes and among their communities.

For every girl, dignity

Women and girls bear the brunt of lack of access to proper sanitation facilities. In addition to preventable water-borne diseases, they risk exposure to harassment, abuse and other forms of violence, as they often relieve themselves when it is dark.

Thirty-eight-year-old Elizabeth Deng from South Sudan lives with her two daughters and son in Muhajiria, a village in East Darfur. Elizabeth and her children lacked access to basic sanitation facilities and had no choice but to resort to OD.  “My daughters and I had to find secluded spaces to relieve ourselves in private – and we would go only when it was dark enough not to be seen,” says Elizabeth.

For many girls, lack of access to latrines meant missing out on school days. Before having these improved facilities, over two-thirds of the girls at the Muhajiria Dinar Basic School would stay at home during their menstrual cycles.  “Before the construction of the new latrines, I used to feel sad when I had my period as it meant I had to miss school,” says Mary Abuok, a twelve-year-old student.

Mary is pleased her school now has clean and private toilets for girls, allowing them to manage their periods during school days. This in turn has resulted in increased attendance among young girls – from 54 to 200 – who no longer must choose between their dignity and their education.

“Safe water, toilets and good hygiene keep our children alive and healthy,” says Abraham Yai Yai, chief of the refugee community in Muhajiria. “Our children used to suffer from recurrent diarrhoea, and many of them even lost their lives. Women and girls were especially affected by these problems, as water fetching was entirely their responsibility. Girls used to miss school to travel long distances searching for water. Now this is all in the past. We are very grateful for this project. It is saving lives.” 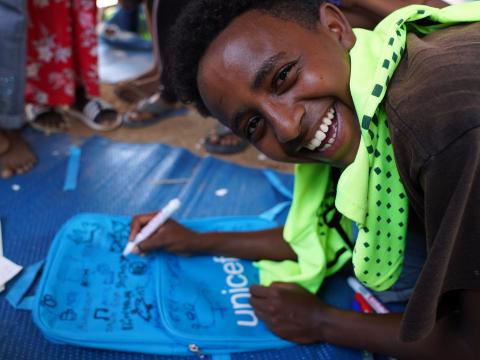 A smile means so much to these little ones 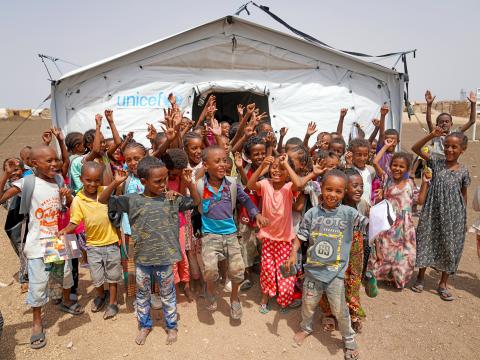 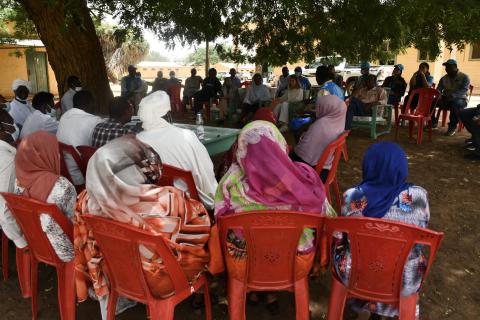 Together towards a better tomorrow 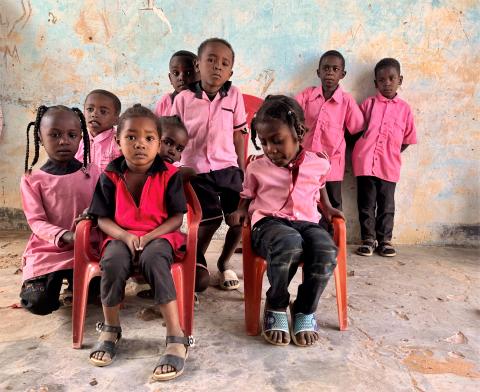 Conflict and poverty keeps children out of school

Only half of children in East Darfur are enrolled in school. UNICEF is working with partners to enroll and keep children in school