On the International Day against the Use of Child Soldiers, UNICEF is calling for the use of children in armed conflict to end. 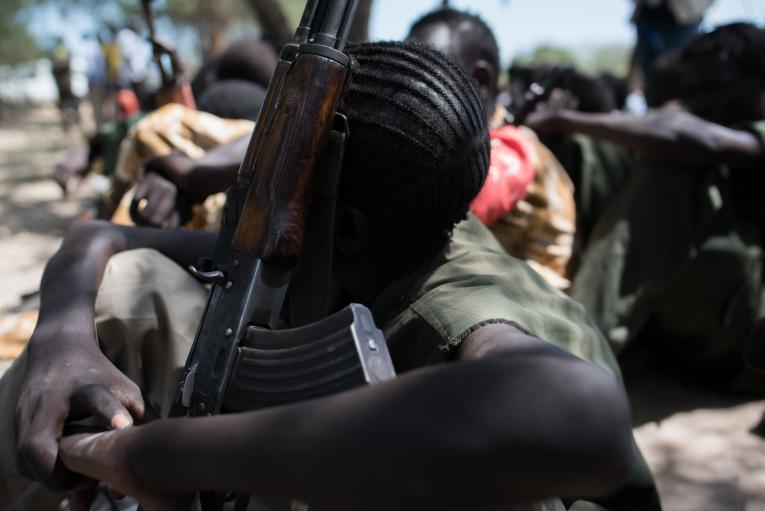 JUBA, South Sudan 12 February 2021 – The grotesque use of children in armed conflict is a battery of child right violations and has no place in 2021, said UNICEF today. Children are forced to execute and witness atrocities. Children are killed, injured, maimed, abused mentally and sexually. It is life-threatening and extremely damaging to children and their development and must end now.

For those who can escape or are released, there is very limited assistance available. Physical injuries can become lifelong disabilities if not attended to and mental wounds can cause long-term psychological effects such as post-traumatic stress disorder (PTSD).

“It is with frustration and impatience in my voice I’m asking all armed entities to stop the recruitment and the use of children immediately,” said Andrea Suley, UNICEF South Sudan Representative a.i. “I’m calling upon the Government of South Sudan to allocate funding for and start implementing the Action Plan against all the Six Grave Violations against Children in Armed Conflict, which was signed last year.”

This week, as the world marks the International Day against the Use of Child Soldiers on the 12 February, UNICEF launched a video series called ‘When I close my eyes’. It is based on real experiences of children in South Sudan and is aimed at drawing attention to the psychological effects of being used by armed forces and armed groups. After being released or escaping, children often struggle with nightmares, aggressive behaviour, intrusive thoughts and anxiety.

Mental health is very damaging for children’s development but often overlooked or not attended to as the fragile health care systems are struggling to handle the most basic health care needs. In South Sudan where the burden of children used in armed conflict is high, there is only three psychiatrists, 23 psychologists and one psychiatric ward with limited beds. With the school closure due to COVID-19, a further important arena for psychosocial support is gone, making an already difficult situation worse.

Social workers are the backbone of the UNICEF supported reintegration programme for children associated with armed forces and armed groups. Each child is provided with a social worker for three years to help processing the difficult experiences and rebuilding their lives and a future. Yet, the programme had a 73 per cent funding gap last year and didn’t have the capacity to respond to all the needs.

“Providing children who have already been through so much with the care and support they require to rebuild their lives should be an urgent priority, said Suley”. “That means increased funding for existing programmes, and an ambitious approach to scaling up mental health care more widely.

The nature of the child right violations makes it difficult to estimate how many children are currently used and have been used by armed forces and armed groups but based on the many reports UNICEF can safely assume there are thousands just in South Sudan. UNICEF has appealed for US$4 million for the CAAFAG programme in South Sudan for 2021.

About the CAAFAG programme in South Sudan

Since 2013, UNICEF has supported the release and reintegration of 3,785 children associated with armed forces and armed groups in South Sudan. Under the umbrella of the South Sudan Government’s National Disarmament, Demobilization and Reintegration Commission, released children are received in interim care facilities set up by UNICEF and partners where they receive necessities such as clothing, food and health services. They are then registered, and UNICEF begins to trace their families for reunification if needed. They also receive counselling and other psychosocial support services and social and economic reintegration packages such a livelihood, income generation activities and vocational and life skill trainings. UNICEF creates a three- year long multisectoral plan for each child to ensure they receive the necessary follow-up and support. 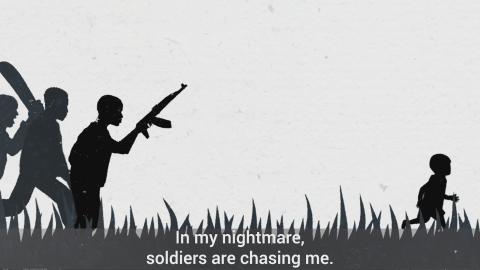 Some nightmares have once been a reality 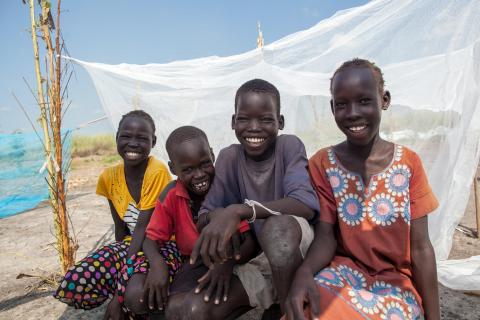 Following revitalized peace agreement and UN engagement with parties, but more remains to be done 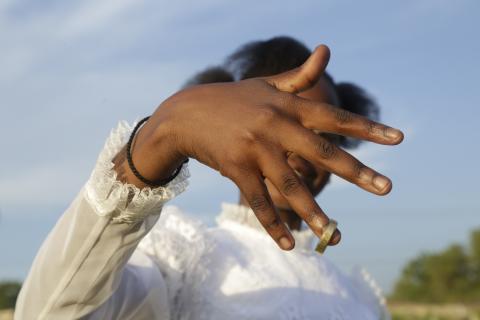 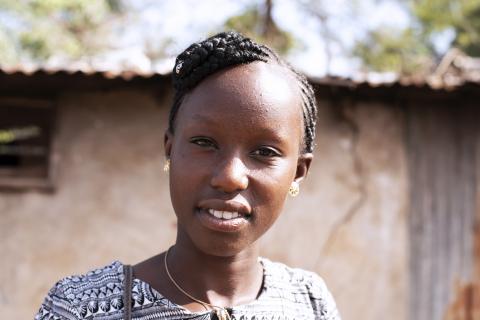 What is affecting the girl child in South Sudan