The story of “Bucharest EU Children’s Declaration” in drawings

Steps to the creation of the "Bucharest EU Children's Declaration"

“Children are the future” is used to say that whatever we do is for the children. And while this is true, it implies that children are not seen in the present, as active citizens that can contribute to the future.

Child participation is a right enshrined in the Convention on the Rights of the Child, the most ratified human rights convention globally, but the realization of this right is far from reality. It is not only because participation is a right that we should take this seriously, or because 1 in 5 Europeans is 18 years old or younger. The way children think, their openness to change, their unbiased views, and their out-of-the box thinking, are critical traits that can help find solutions to the world’s most persistent issues, be it poverty, climate change or migration.

UNICEF/ Andra Manea
Press conference “Promoting child participation and consultation, a priority for Romania in the context of the Presidency of the Council of the European Union” with the Ministry of Labor and Social Justice and the four Junior Ambassadors to the European Union, March 6th 2019, Bucharest

During Romania’s Presidency of the Council of the European Union, the Ministry of Labor and Social Justice through the National Authority for the Protection of the Rights of the Child and Adoption, the Ministry of Foreign Affairs – through the Minister Delegate for European Affairs, and UNICEF in Romania have agreed to work together to promote children’s right to participation as a priority.

This initiative started with the Romanian Children’s Board - a child-led group, with members of different ages, from various cities, from urban and rural areas, growing up in families and in public care, from various ethnic minorities, and diverse experience in representation. For some, it was the first time their voices were reaching decision-makers.

During workshops, they developed the preliminary version of the ”Bucharest EU Children’s Declaration”, an urgent call on the EU and its Member States to make child participation a priority and a reality. This document has been disseminated across Europe, for support and feedback from EU Member States children and civil society organizations.

UNICEF/ Andra Manea
The International Conference on “Children's Participation in Decision-Making and Policy-Making at European Union level”, 6-7th May 2019, Bucharest 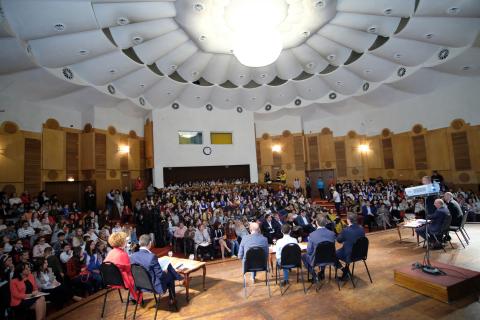 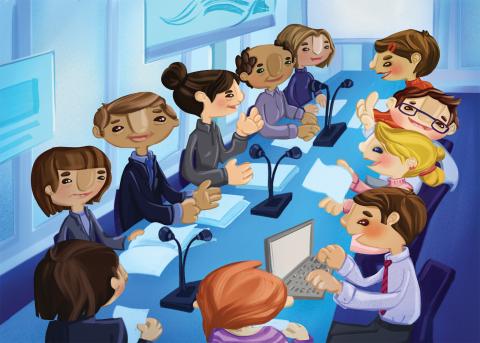 Exploring what the EU can do to promote child participation 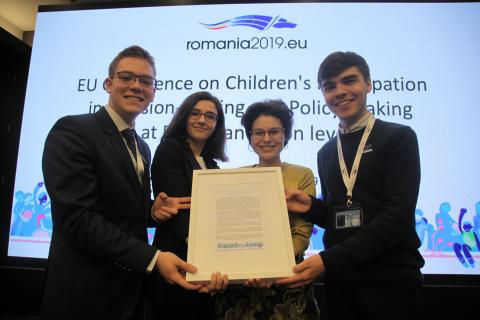 EU children call on political leaders to involve them

It is the first manifesto of its kind in the world and children in the European Union want to make sure everyone knows about it.