A New Generation of Eco-Soldiers

Five girls from Gostivar got tired of seeing their hometown overflowing with garbage, so they decide it is time to “declare war” and do something about it.

Five girls from Gostivar got tired of seeing their hometown overflowing with garbage, so they decide it is time to “declare war” and do something about it. Through the UPSHIFT programme, their idea for raising awareness and cleaning up their city will soon become a reality.

For Emel, Viktorija, Simeona and the two Emilija’s, as they are being called by their friends, there is no bigger problem than the one that “pokes you in the eyes”. All the trash thrown all over the streets and in the parks of the city of Gostivar become too much to sit back and watch, so they decided to do something to change the disheartening picture.

“It’s sad to see our fellow citizens throwing garbage everywhere, destroying the green spaces of the city and even stealing public trashcans. In most cases, it is being done simply because people don’t know any better. They are not aware of the impact they have on our environment,” the ECO – BON TON team explains.

After brief research, they had a decent idea on how to change the picture of their community.

“We realized that there is no organized education needed to increase awareness about these issues. We noticed that there are no stimulating measures that would inspire people to be more environmentally conscious,” Simeona says.

But, the stars really aligned for them, when the call for the first UPSHIFT programme was announced.

“We have been talking about this problem for so long and we always wondered what we can do to inspire change in our society,” the two Emilija’s explain. “Once we saw the call for UPSHIFT, we knew what we had to go for it.”

They quickly put their idea on paper, applied and got selected for the first workshop, organized by CEED Hub Skopje, with the support from the Ministry of Education, the Bureau for Development of Education, the Fund for Innovations and Technical Development and UNICEF. Their goal is through a combined method using direct and indirect measures to sustain change, such as creating and placing artistic trashcans which contain an encouraging and inviting message to the citizens to place the garbage where it belongs; raising awareness activities; and stimulating the local municipality to improve their part of keeping the environment clean.

Partnered with experienced mentors, they were able to better define their idea and pack it in a very compelling and feasible way. Through this process, they narrowed down their targets to be more feasible and filtered out planned activities based on the effect that they will have – with the goal of creating a compact targeted action with a maximum impact. They were also selected for a financial support that will allow their idea to become a reality.

“We will create well designed artistic metal trashcans that will have a message to invite people not only to place the garbage where it belongs, but to allow recycling as well,” Viktorija says.

“And we will put them on the most frequent locations in the city,” Emel adds.

The most interesting part is that the girls used a bit of behavioral science and technology to further develop their idea. With the help of our tech skilled mentors, they were able to design a concept for an app that will motivate people to throw the garbage at the right place – for every recycled piece of plastic, glass or paper, the user gets a point and awards.

The idea is to also influence the general attitude towards the environment, for which they are planning to work with the schools, but with the city authorities and social services as well.

“Some sort of stigma has been created towards the people that are volunteering or are being involved in programmes for cleaning up the city. They are being labeled, demeaned and discouraged for what they do and that is something that we will address with the local municipality and with the social services,” Viktorija says.

Having already been involved in several other environmental projects, it is no wonder that these young but already experience and incredibly motivated girls will help the city of Gostivar soon to be equipped with a new set of well-designed trashcans and citizens that appreciate their environment a bit more.

“We have been involved in some environmental projects before, but this is the first time for us to be involved in this kind of social innovation programme and the feeling is truly amazing”, the girls say. “We will continue acting in this way even after this UPSHIFT project ends”.

UPSHIFT is programme designed to support young people to become social innovators and entrepreneurs. It combines social innovation workshops, where young people can learn new skills, with mentorship and funding.  They detect problems in their communities, find innovative solutions for them and get a support to see their idea becoming a reality. This boosts their resilience, their creativity, their confidence and allows communities to thrive thanks to the solutions that they create. 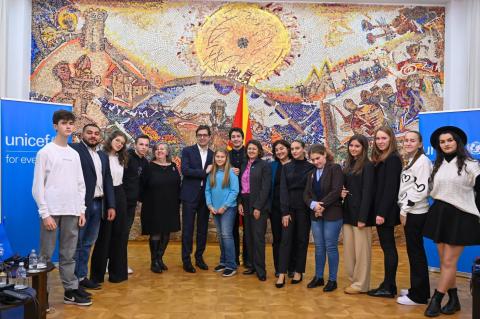 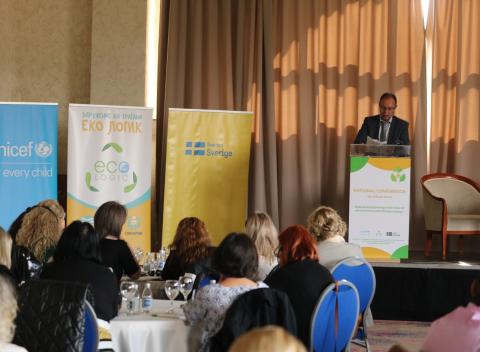 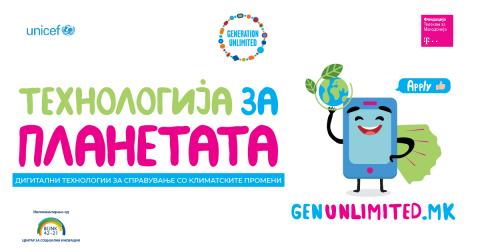 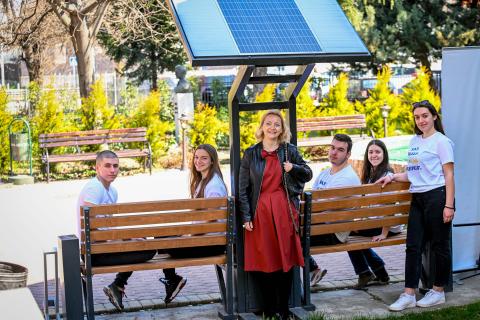 Alternative energy sources are the future