KANO STATE, northwest Nigeria, 20 June 2017 – There are now more girls in school than at home in Kambara, a village with a population of 2000 in Madobi Local Government Area, Kano state. Easy access to clean water for drinking and handwashing, and the availability of separate latrines give parents the confidence to send their daughters to school.

The Gora Galadima Kambara Primary school located in Kambara village has an enrolment of 369 pupils, and almost half of them are girls. Upon arrival at the school, the first thing that catches the eye is the line of white-painted taps outside the block of classrooms. The taps, which have metal cases for holding soap attached to them, are connected to small blue tanks that provide water for handwashing at break time.

Twelve-year-old Suwaiba Yau, a class six pupil, attends the primary school every weekday with her cousin, Rafiya Ghali. Suwaiba is thankful that she and other girls in her community can come to school every day. She recalls that few years back, the situation in her community was different. ‘’I had friends who could not attend school because their parents did not allow them. This was because there was no water and toilet in school,’’ she says.

The school headmaster, Mr Yushau Yunusa, explains that in the past, when there were no sanitation facilities, the condition was terrible. ‘’The pupils either got water from an open well which is 3 km from the school, or they brought their drinking water from home. They also practiced open defecation because there were no toilets in the school,’’ he says.

It was difficult and embarrassing for the girls to practice open defecation, and so many of them opted to skip school and stay at home. Seeing the need to address these barriers to school attendance, the UNICEF-trained members of the Water, Sanitation and Hygiene Committee (WASHCom) in Kambara village constructed one latrine for the school. UNICEF, under the Water Supply and Sanitation Sector Reform Programme (WSSSRP II) funded by the European Union, also installed a hand pump borehole and six separate latrines - three for girls and three for boys. The borehole supplies water to the taps in the latrines located several metres away. It also supplies water to the taps in front of the classrooms which are used for handwashing during short breaks.

Suwaiba Yau is excited about the intervention in her school. ‘’The conditions are good for learning because water is close by, and the latrines are near. The water is also safe for drinking and there is no fear of cholera or diarrhea,’’ Suwaiba says.

Members of the WASHCom in Kambara, who also oversee the maintenance of the hand pump bore hole, visit the school regularly to teach the pupils how to wash their hands properly, and also the proper use of the latrines.

‘’We built the latrine because of the girls so that they would not defecate in the open. We also educate the teachers and pupils on good hygiene practices and the importance of handwashing,’’ says the WASHCom chairman, Yushuu Jibrin.

The members of the WASHCom have also found an innovative way of raising funds for the maintenance of the hand pump borehole, which is done twice every year. A garden was planted beside the borehole, and spilled water from the pump is channeled into the garden to water the plants. Crops such as moringa, maize and wild potatoes are cultivated in the garden. During harvest time, the yield is sold to generate some income. This is then used to cover the cost of maintenance services for the borehole.

How Hauwa got her ‘freedom’ back

After a challenging period of managing her menstrual health, UNICEF is supporting Hauwa and other vulnerable girls in Nigeria to regain their dignity. 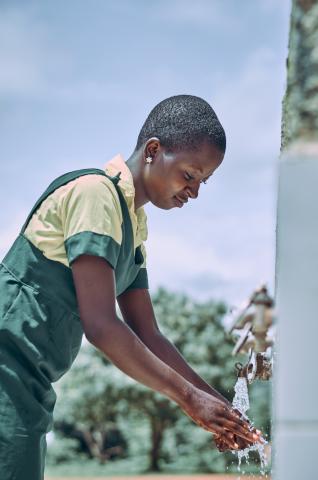 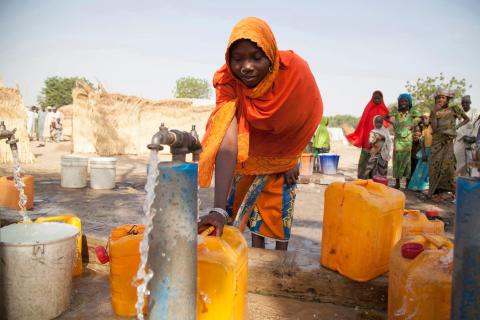 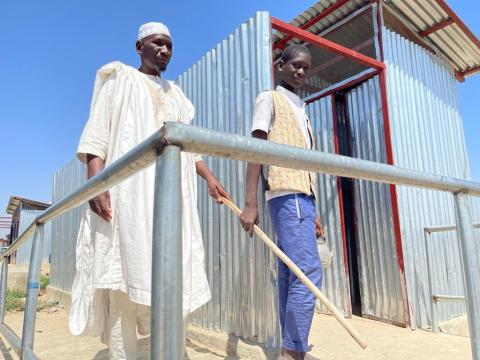 With toilets, showers and water points, UNICEF, with support from the UK’s FCDO, is ensuring the dignity of displaced and physically challenged persons