Children are the most impacted by the catastrophic floods that have prompted the suspension of essential services like education and healthcare throughout most of Bayelsa State.

Sagbama, Bayelsa State— Devastating floods are wreaking havoc in several communities in Bayelsa State, southern Nigeria, and women and children are most at risk as emergency response has been slow. The floods have caused severe destruction of homes, roads, schools, healthcare institutions, and other essential infrastructure, leading to a humanitarian crisis.

Germany Akpoebi, a 45-year-old father of four, and his family reside in Indiamazi, Mile 2, Sagbama LGA of Bayelsa State. Where he calls home has almost been run over by the devastating flood waters. Germany’s case is not an isolated one. In fact, many residents in the area have completely deserted their homes because of the floods, and this has negatively impacted their sources of livelihood and education.

With several schools, businesses, and health centers shut down already, this year's flooding has been extremely devastating for Germany and his family. The flooding is attributed to several factors, including heavy rainfall and climate change. Man-made factors, like the lack of proper drainage, have contributed in no small way to making the floods more devastating. In addition to worrying about potential diseases brought on by the floods, Germany is also concerned about his children, who have temporarily stopped attending school. Currently, school students in Bayelsa state are on "flooding break". Earlier in the month, the Bayelsa State Government directed public primary, secondary and private schools in the state to suspend all academic activities till further notice.

"I have given my children anti-malarial medication because I know that this dirty floodwater brings with it malaria and other water-borne diseases and I don’t want my children to fall sick. "The water is not even flowing, so mosquitos perch there and lay their eggs in the water, multiplying."

Three of Germany's four children—11-year-old Peretimifa in JSS 2, 9-year-old Joy in Primary 4, and 5-year-old Samuel in Primary 1—are quite upset at the turn of events. Their education has been impacted, as they are currently at home because of the flooding. Speaking for himself and his younger siblings, Peretimifa revealed that they miss school, their teachers, and their friends.

Germany is also worried that some of his sources of livelihood, like the small fishpond he runs at the back of his house has been completely submerged by floodwaters, leading to the loss of fish and potential income. Germany, who expressed bitterness at the devastating effects of this flood on his family and community as a whole, revealed that he was completely taken by surprise at the turn of events because the area he resides in is considered high ground and the center of the community, and should normally have been less impacted. He expressed concern about what the flood had done to families living in low-lying areas.

Germany is making an appeal to the government to fix the man-made issues that might help mitigate the flooding in the areas. He disclosed that he is preparing to evacuate his family should the flooding increase and overrun their home.

UNICEF has supported the government response in three affected states – Jigawa, Niger, and Kaduna, including through the provision of cash assistance, distribution of cholera kits, government-led mobile health teams, temporary learning centres, learning kits and cholera kits. With additional support, UNICEF can scale up its response in other states to provide lifesaving medical equipment and essential medicines, chlorination of water and sanitation supplies, as well as support the prevention of and response to sexual and gender-based violence. 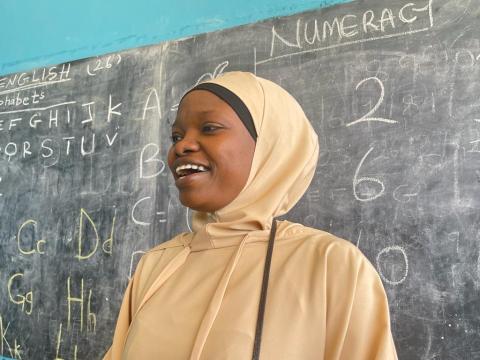 A teacher with a heart

In Maiduguri, north-east Nigeria, a young teacher dedicates her career to supporting children affected by conflict. 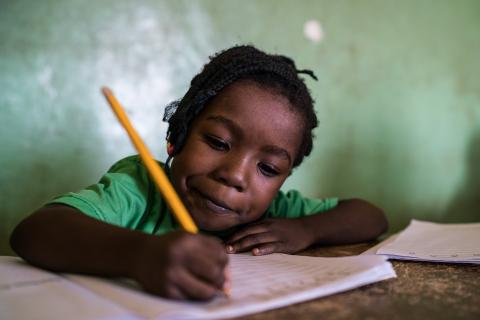 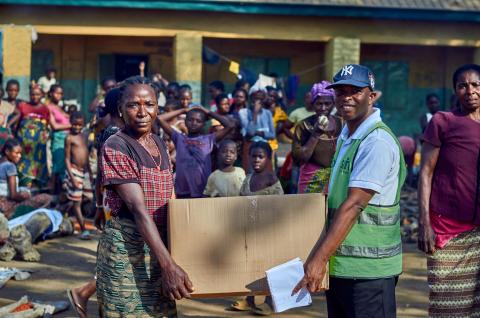 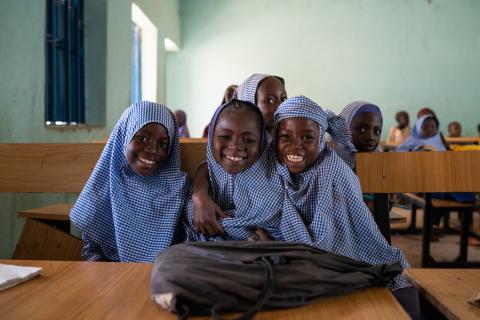