*The names of the family have been changed to protect confidentiality

When conflict escalated between local armed groups and the Myanmar Armed Forces in the small mountain town of Mindat in the western State of Chin, Hay Mar and her family decided to flee their home like most residents of the town. As the sounds of gunfire and explosions became louder, Htun, her five-year-old son, froze with fear and Hay Mar had to put him on her back and run as fast as she could into the dense forest near their home with the rest of the family. Those left behind were the most vulnerable - mostly the elderly and heavily pregnant women.

“My mother-in-law could have run with us, but she said she didn’t want to. She wanted to stay in her home,” said Hay Mar.

Like thousands of others, Hay Mar and her husband made makeshift shelters for their three children in the forest, but they had little protection from the monsoon rains that had just begun. Fortunately, after a couple of weeks the family found refuge in a friend’s home in a nearby village.

Humanitarian aid getting through despite conflict and pandemic

In Mindat, martial law has been declared since May 2021 and alongside continuing armed clashes, the town has also been caught up in Myanmar’s devasting third wave of the COVID-19 pandemic. According to a United Nations humanitarian report, an estimated three million people in Myanmar need assistance and Mindat is reportedly one of the worst affected places in the country. This means there are several families like Hay Mar who are in urgent need of support.

In August, The United Nations Children’s Fund (UNICEF) gained access to Mindat for the first time since February 2021 to deliver urgent humanitarian relief supplies to displaced persons in 10 camps for internally displaced people. UNICEF distributed critical supplies including multi-micronutrient tablets to pregnant and lactating women, a four-month supply of  multi-micronutrient powder sachets for children under the age of five, hygiene kits that included 10-litre and 20-litre plastic buckets and water purification sachets, child protection and early childhood education kits for children and adolescents, including stationery and toys for the younger children.

During this mission, UNICEF had hoped to reach more camps, but the continued operational disruptions did not allow the agency to access them. UNICEF, however, will remain committed to providing help to many children and families who are being forced to make temporary homes in these camps, often without even the most basic services.

What does the future hold?

Over two weeks had passed since Hay Mar and her family had to flee Mindat and she began to worry about her mother-in-law. With her three children, Hay Mar decided to return to the town to look for her. Htun, her youngest, was petrified as they re-entered their hometown, but he is now slowly showing signs of overcoming the trauma and returning to being the lively boy he once was, said Hay Mar.

But while she is happy to see these positive changes in her son, she is unsure how long this period of peace and calm will last. Like most of the other children in Mindat, her two older children, aged 12 and 17, have now been out of school for almost two years. First, it was the pandemic that halted their education and lives, and now, there is a security situation threatening their safety.

“If we live in this situation, how will my children grow? I’m very worried about their future. I just want to live in peace,” said an anxious Hay Mar, echoing the thoughts and voices of mothers across Myanmar. 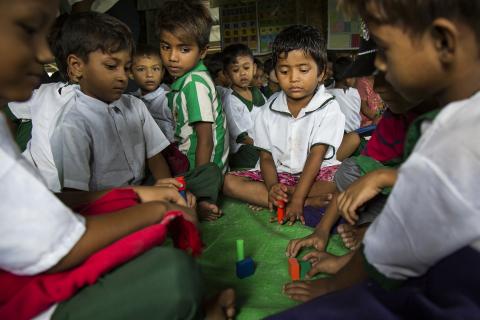 In 2018, the Government of Denmark contributed US$1.5 million to UNICEF Myanmar’s Humanitarian Action for Children Appeal. 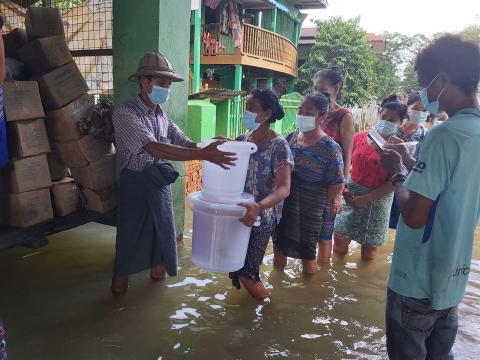 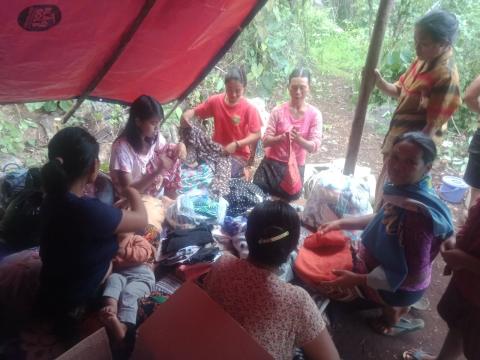 For every child, play