Towards a brighter future: Securing access to quality education for all children in Rakhine

Quality education for all children

Myanmar’s western Rakhine State is one of the poorest and most isolated parts of Myanmar, and often it is children’s education that suffers. Many families struggle to cover the costs of sending their children to school, resulting in soaring dropout rates. Meanwhile, a shortage of adequate school facilities and qualified teachers across the State means that almost 30% of children are not enrolled in primary school and options for higher education are worryingly scarce.

Recurrent natural disasters and repeated episodes of intercommunal violence and conflict regularly disrupt education. This means that today adult illiteracy rates in Rakhine are 50% higher than the national average, according to the 2014 Census.

The challenges are manifold, particularly now with the latest outbreak of violence in northern Rakhine and the continued displacement of people, including children. Even in these challenging circumstances, the potential exists to enable children across the State to realize a brighter future through education.

In collaboration with partners, and with multiple and tailored interventions, ranging from rehabilitating damaged schools to offering non-formal primary education to the most vulnerable children, UNICEF is striving to improve access to quality education for all children in Rakhine.

At Kwam Taung (1) Basic Education Primary School in Ponnagyun, the school’s classrooms, latrines and hand-washing facilities were damaged during cyclone Komen, which affected large parts of Ayeyarwady, Bago, Chin, Rakhine, Magway and Sagaing, causing widespread flooding. Now fully repaired, it is one of 78 schools that are being rehabilitated in the affected area with generous funding from the Government of Japan.

Forty-eight year old U Khin Maung Aye has been a headmaster at the school since 2006 and he is delighted with the improved school environment. The school has four teachers, all of whom are female and from the local community, and there are 202 students aged from 5 to 10 years.

He says, “The children are happy and I can see that they are more motivated to learn in their new surroundings. Luckily for us, the work took place during the school holiday, so there was no disruption for the children.”

U Khin Maung Aye lives in the village, which is home to 700 families. Most parents here make ends meet as casual farming labourers, their incomes are irregular and often there is not enough money to feed their children.

He has four children of his own aged from 13 to 28 years old (three boys and one girl). Three of his children went to university and this is what he wants for his students. With a smile, U Khin Maung Aye proudly tells us that his youngest son wants to be a teacher like him.

“I have many expectations of my students, but most of all I want them to finish school, become responsible citizens, so that they can contribute to the development of their village,” he says.

Temporary Learning Classroom in the IDP Camps in Sittwe

Meanwhile, in central Rakhine, there are close to 129,000 Muslims living in displacement camps as a result of the wave of inter-communal violence that broke out in 2012. Say Tha Mar Gyi Camp is one of these camps hosting some 13,000 people.

At the temporary learning classroom  (TLC) supported by UNICEF and Plan International, two 13 year olds explain what getting an education means to them. They were both displaced from downtown Sittwe and have been living in the camp for five years.

Thu Zar Thain has nine brothers and sisters ranging in age from 2 to 27 years old. Her father is a security guard for one of the non-government organisations in the camp and her mother is a housewife.

When she is not at school, she helps her mother around the house and spends time with her friends.

“I like coming here and want to be a teacher when I grow up,” said Thu Zar Thain. When asked if she would like to convey any messages to other children, she simply adds, “I want them all to go to school, so that we can all learn together.”

Thu Zar Thain’s 40-year old mother, Ma Shwe Than, wants her daughter to be educated, but she is worried that she may be unable to afford it.

Thirty-one year old, Daw Thein Thein May is a teacher at the TLC and has been teaching there for one year. She has been living in the camp for five years with her husband who is a casual labourer and her three young children. She herself graduated from secondary school.

“I want children to finish their education,” says Thein Thein May.

A Second Chance at Education: Non-Formal Primary Education in camps and communities

Whilst considerable progress has been made towards universal enrolment in primary education, some children still do not enrol, whilst others drop-out from school before completing their education. For these children, non-formal education can provide them with a second chance at education.

The Non-Formal Primary Education (NFPE) programme is an accelerated two-year primary education course covering all grades, offering a second chance at education for those aged 10 to 14 years who either dropped out of school or were never enrolled. Subjects include: Myanmar, English, Mathematics and General Studies. There is also an emphasis on life skills as well as encouragement for children to be active members of the community.

Introduced under the leadership of the Ministry of Education, the (NFPE) programme was piloted in five townships including Sittwe from 2008, and has now expanded to 573 centres across 94 townships nationwide, in partnership with private sector and NGO partners.

UNICEF and Save the Children introduced the NFPE programme into IDP camps, like the one in Sittwe.

Eleven-year old Ni Ni Khing has been attending the Non-Formal Primary Education (NFPE) centre in Bau Du Pha 2 IDP camp for two years. She has four brothers and sisters aged from 2 to 14 years old, and has been living in the camp for five years. Her father is a casual labourer and her mother is a housewife. Like many other children, she also wants to be a teacher. Her favourite subjects are English and Myanmar.

Thirteen-year old Ko Ko Naing is the only boy in a family of four girls. His father is a fisherman by trade and his mother is a housewife. He has been at the NFPE for two years and has been living in the camp for five years. He wants to be a doctor when he grows up.

The NFPE programme is a practical way for children living in the camps to catch up on their schooling.  At the same time they report that it gives them a sense of stability, structure and hope for the future.

Although belonging to different communities and living in different circumstances, many of the children interviewed for this article have similar hopes and dreams. They see the value of education for their future.  And, education has the power to build on these shared dreams, to bring children together to build a joint future for Rakhine State.

With support from donors – Australia, Denmark, EU, Japan, Netherlands, Norway, Switzerland, Turkey, UK, and USA –UNICEF is working with the Government and civil society to ensure that all children across Rakhine State can access education, regardless of their ethnicity, religion or legal status.

Through education children in Rakhine have the chance to build a brighter future for themselves and their communities. 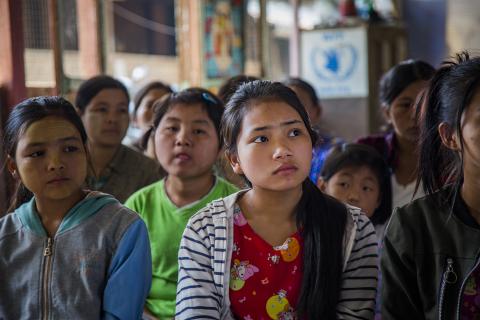 Displaced girls seek solutions over menstruation
Zaw Mar Luu got her first period in 2012, shortly after the decades-long conflict in Kachin forced her family to flee their village and seek refuge
See the story 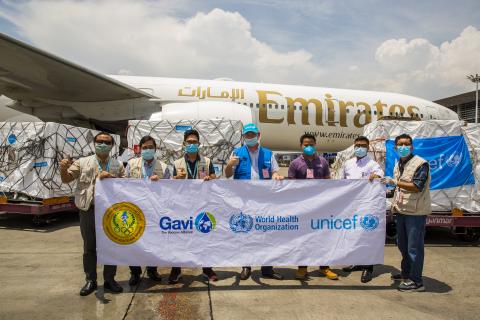 More than 1 million doses of vaccines and 10,000 COVID-19 test kits arrive in Myanmar as immunization services resume
Visit the page 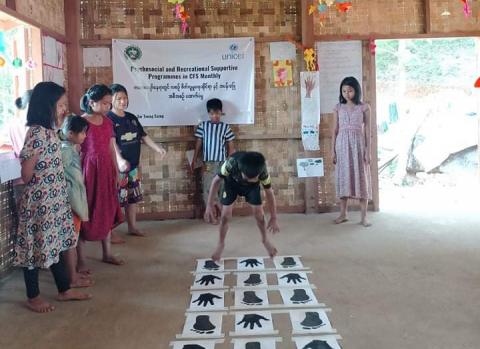 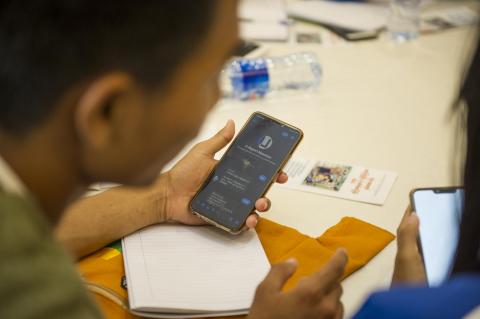