After washing one’s hands, they should be dried with a paper towel, and towels should be washed more

While in isolation and maintaining physical distance from other people, with the aim of trying to get coronavirus out of the way as quickly as possible, we have the opportunity to hear many news items and tips from unreliable or unnamed sources on how to “kill” this disease.

We, the UNICEF young reporters, came across such an article on the Internet and decided to check it for its accuracy. It's a tip on how to wash your hands, how to wash towels during the pandemic, and it was published by Antena M portal.

The article quotes the source as being Elle.rs.

Both articles start with the following sentence:

Epidemiologists say that, after washing our hands, we should use a paper towel to dry our hands and only then a towel, if there is any water left on them.

Reliable sources for these tips are not cited in the text, but only unnamed experts.

The World Health Organization (WHO) advises that a disposable towel should be used, if possible, to eliminate bacteria as effectively as possible. We also asked the Institute of Public Health of Montenegro (IJZ CG) if it is true that, after washing our hands, we should use a paper towel, and only then a towel.

“If you have dried your hands with a paper towel there is no need to use a towel. A paper towel is epidemiologically the best solution, because it can only be used once. It is thrown away after use. So a paper towel is ideal, but if there is no paper towel, it is only then that an ordinary towel comes into play. Of course, as soon as you use certain items several times, the chances are that those items, including towels, contain microorganisms for which this is a conducive environment, such as a towel – with optimum levels of moisture and temperature, as well as its composition – a large surface area of fibres that a towel is made of,” states the Institute of Public Health of Montenegro in its response.

The same text states: “In regular conditions, towels should be washed after being used three to five times. Thus, in these specific conditions you should certainly reduce the number of uses by half.”

The Institute of Public Health of Montenegro replies:

It is desirable to wash one’s hands as frequently as possible and to change towels, to make sure that washed and clean hands are not contaminated by something that is on the towel, whatever that may be – bacteria or viruses.

We can say that these statements are correct.

However, we emphasize that credible sources, such as the World Health Organization, the Institute of Public Health, the Ministry of Health or UNICEF, have not been used in this text. Thus, we have to be careful readers. And for that reason, the UNICEF young reporters say that information should be verified with valid sources. 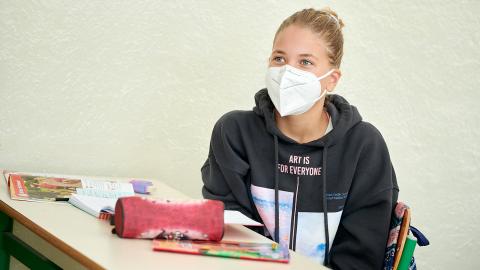 Schools first to open and last to close

After a one-year hiatus due to the coronavirus pandemic, the TV news programme prepared by young UNICEF reporters and TVCG Children’s Desk starts up again 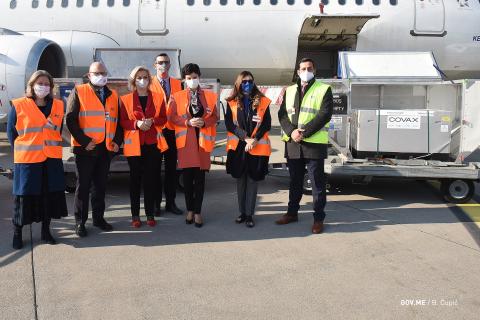 COVAX is a mechanism available to every country, through which they can equitably access COVID-19 vaccines approved by WHO as quickly as possible 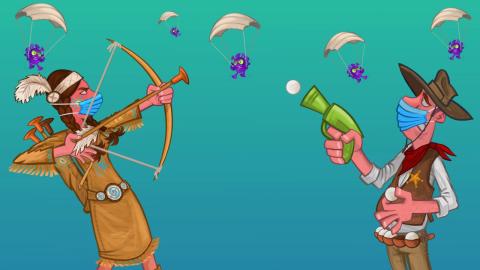 Rambo Amadeus calls for respect for measures with a song

Rambo Amadeus and young reporters: #DistanceHandsMask will keep our schools and preschools open