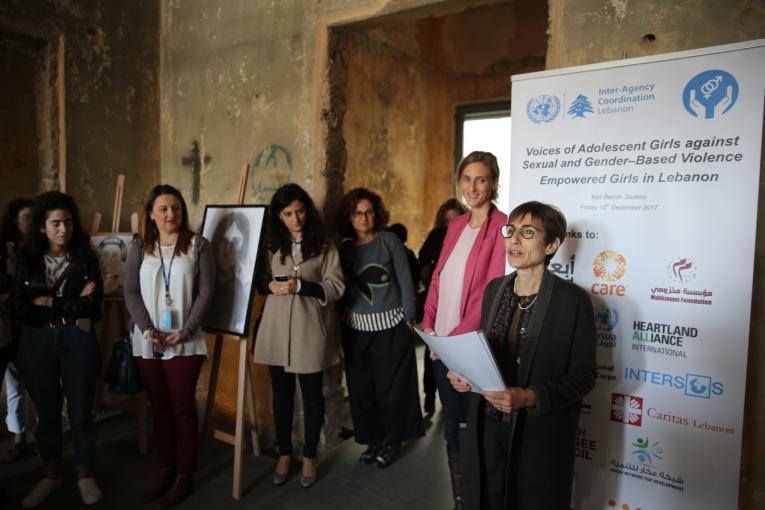 Beirut, Lebanon - 15 December 2017 - An exhibition showcasing work by adolescent girls from across Lebanon opened at Beit Beirut today, sending a clear message from girls in Lebanon – end sexual and gender-based violence (SGBV) once and for all.

The exhibition follows the end of this year’s ‘#16days of Activism against SGBV’ campaign – the theme of which was, “Leave No One Behind: Ending Violence against Women and Girls.”

“This exhibition puts the voices of girls front and center – so they can speak out about the devastating impact of sexual and gender-based violence and call on society to make the change they need,” said Mireille Girard, UNHCR’s Representative in Lebanon who opened the exhibition on behalf of UN Humanitarian and Resident Coordinator, Philippe Lazzarini.  “Girls across Lebanon and the world have a right to pursue their dreams and aspirations free from abuse or the fear of violence in their homes and communities,” she added.

Girls in particular often say how they feel isolated and have little control over their own lives.  Since 2015, the UN in Lebanon has been expanding its focus on adolescents and youth through life skills and social activities, which aim to build trust and self-confidence and encourage them to come forward and seek help when needed.

The exhibition’s pictures, videos and drawings, produced by adolescent girls in Lebanon, target their messages to both the international community and their own communities.

The exhibition was also made possible with the cooperation of Lebanon’s Ministry of Social Affairs, the Municipality of Beirut and 10 national and international NGO’s who worked with adolescent girls in Lebanon to produce the works that are part of the exhibition. 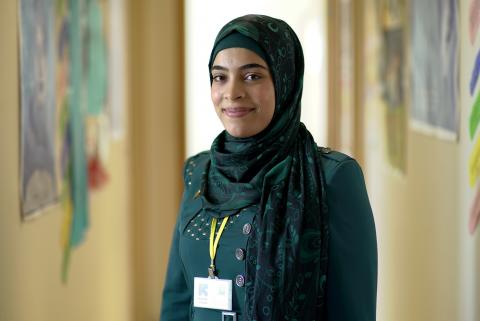 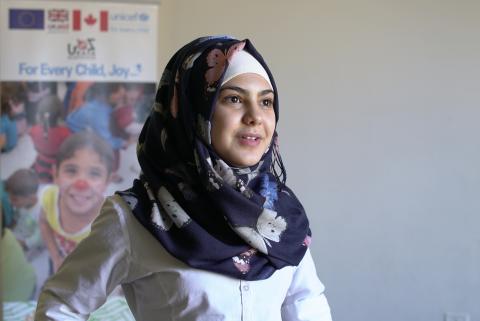 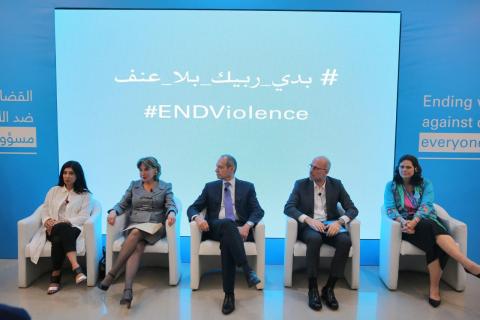