The community based school readiness programme

A challenging but rewarding approach to help children develop holistically

Mr. Pouk’s day starts at a classroom of 35 children aged between four to five years old. Managing such a young group is often challenging but according to Mr. Pouk is also very rewarding.

"To be honest, it is not easy to manage my classroom. However, I get immense happiness when I see that the children enjoy the learning activities," says Mr. Pouk proudly.

Mr. Pouk was recruited as a village facilitator at Kengthong Community-based school readiness (CBSR) centre in Sepon District, Savannakhet Province. As part of the CBSR Programme, the centre was established in 2019 with UNICEF Australia's financial support.

Mr. Pouk volunteered for the position and is committed to ensuring children from his community do not fall behind in primary school.

"Children like to play and they learn when they are enjoying their play," says Mr. Pouk while explaining that during the first month, he normally teaches using the local language and then little-by-little he introduces Lao into the daily learning.

The classes are kept fun for children using songs, dance and playing to make them learn through games. The method has proven to be effective as children develop holistically and are enthusiastic about graduating to primary school and excel there.

The programme is currently being implemented in six districts of three provinces: Saravane, Savannakhet and Phongsaly and is directly benefiting 3,000 children. 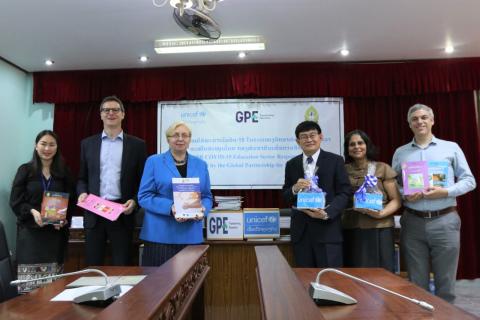 UNICEF Laos: national distribution of COVID-response learning materials with support from the Global Partnership for Education 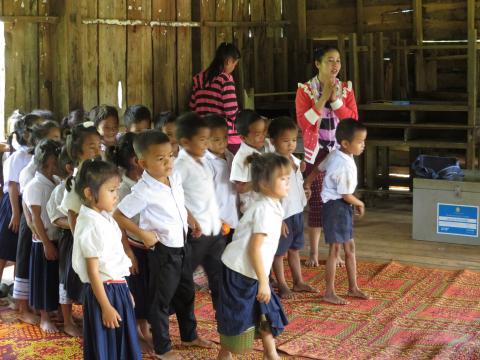 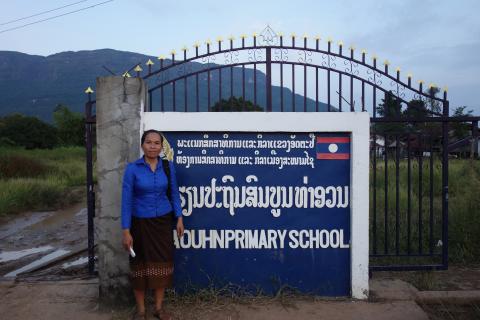 With the support of the European Union and UNICEF, the Government is training pedagogical advisors deployed in the remotest part of the country 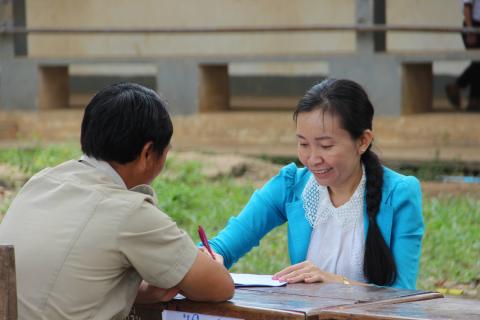 What makes a good school?