India is among the world’s most disaster-prone countries with 27 of its 29 states and seven union territories exposed to recurrent natural hazards such as cyclones, earthquakes, landslides, floods and droughts.

India is among the world’s most disaster-prone countries with 27 of its 29 states and seven union territories exposed to recurrent natural hazards such as cyclones, earthquakes, landslides, floods and droughts. Climate change and environmental degradation have further compounded the frequency and intensity of disasters along with increasing the vulnerability of key assets including people. In addition, almost one third of the country is also affected by civil strife.

A reality that is often overlooked in programme development and policy making is that children are the most at-risk from the impact of natural disasters and conflicts.

Many aspects of children’s lives are affected adversely including, but not limited to dropping out of school due to schools being used for other purposes such as shelters during natural disasters, missing immunization due to disruption of health services and the non-availability of nutritious food, clean water and sanitation facilities leading to malnourishment and diseases. In addition during disasters there are also increased incidences of violence, exploitation and abuse as well as child marriage, trafficking and child labour.

Considering the frequency of recurrent floods, droughts, severe weather or conflict in different locations across India, development results for women and children, particularly from marginalized communities, are adversely impacted or compromised.

UNICEF conducts and maintains an updated risk analysis of the shocks and stresses on children’s well-being and their communities, focusing on the underlying causes such as low capacity of service providers and vulnerability of communities. This evidence informs the government and its partners on the necessity to invest more in risk informed programming to strengthen the resilience of children and reduce disruptions in delivery of services, thereby minimizing the impact of disasters.

UNICEF has set out disaster-risk reduction, climate change and social cohesion as priorities to be addressed in its Country Programme for 2018-22.

Areas of focus are strengthening the capacities of state disaster management governance systems and institutions and building community capacities, including children, to lead disaster risk reduction. We integrate risk reduction strategies into the education, health, nutrition and water and sanitation sectors to build resilience. Our risk analysis is child centered to ensure that they include the impact of natural and man-made hazards and conflict on children’s well-being and their communities. UNICEF also supports the design of comprehensive school safety programmes to reduce the risks faced by children in schools.

Our programmes empower children and adolescents to assess and understand their risks with scientific temper and take actions to build resilience. Children in their role as agents of change and future leaders are encouraged to further apply the risk knowledge and skills to build the resilience of the local community.

Systematic preparedness in advance of crises has demonstrated significant return on investment. UNICEF undertakes risk-informed programming to strengthen systems that support children and their families to anticipate, withstand and quickly recover from shocks. UNICEF also supports government in mainstreaming child-centred disaster risk reduction. Efforts are made to improve the resilience of rural and urban communities to disaster, and to build communities’ capacity to meet challenges of climate change for the protection of children’s rights.

During emergencies and humanitarian contexts, children are especially vulnerable to disease, malnutrition and violence. Natural disasters displace numerous people to temporary shelters and leave them in dire need of life-saving multi-sectoral assistance.  Disasters and emergencies destroy or damage critical social infrastructure, including hospitals, schools and water and sanitation systems across large areas, creating an environment in which disease spreads rapidly and care and education is being disrupted. 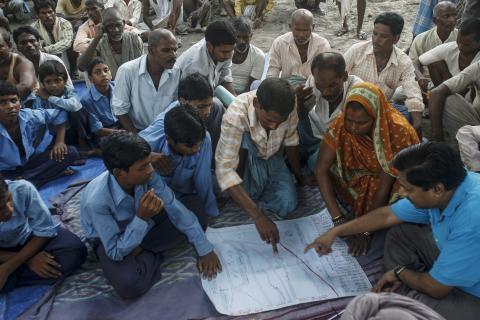 Situation Analysis for School Safety Programme
The Indian state of Chhattisgarh is vulnerable to multiple natural hazards owning to its unique geo-physical features and climatic conditions.
See the full report 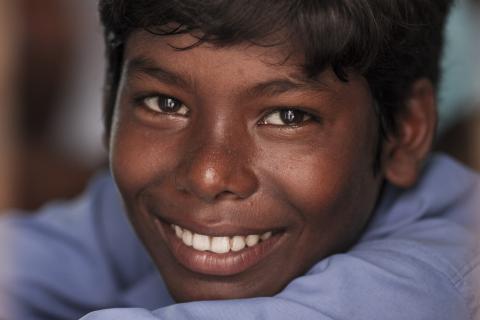 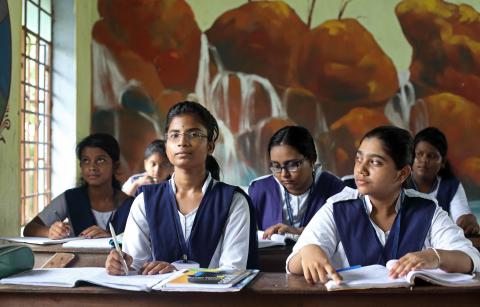 School Safety and Security Programme
To improve the knowledge and skills of children and the community to identify and manage risk.
See the full report