UNICEF is working to engage and empower adolescents in India to be the next generation of leaders and change makers.

India has the largest adolescent population in the world, 253 million, and every fifth person is between 10 to 19 years. India stands to benefit socially, politically and economically if this large number of adolescents are safe, healthy, educated and equipped with information and life skills to support the country’s continued development.

Both adolescent girls and boys lack access to information on issues affecting their lives and have limited spaces to develop competencies crucial for active participation. Adolescent girls, especially, are exposed to multiple layers of vulnerability due to pernicious social norms affecting the value of girls, which in turn affects their ability to move freely and to make decisions affecting their work, education, marriage and social relationships.

About 43 per cent of girls drop out before completing secondary education due to household responsibilities, marriage, child labour, limited relevance of education for employment and employability, distance to school and/or lack of sanitation facilities at the school. Menstruation disrupts the lives of girls in ways that are unimaginable in many countries. At least 42 per cent of girls in India use cloth rather than disposable sanitary napkins.

Child marriage, a deeply rooted social norm, provides glaring evidence of widespread gender inequality and discrimination. Estimates suggest that each year, at least 1.5 million girls under 18 get married in India, which makes it home to the largest number of child brides in the world - alone accounting for a third of the global total.

Girls who become pregnant as adolescents are at a higher risk of maternal and newborn disease and death. About nine per cent of adolescent girls aged 15-19 years old in rural areas, and five per cent in urban areas, have begun childbearing. Babies born from an adolescent mother are at an increased risk of being stunted in early childhood. This further leads to cognitive and physical deficits in young children and reduces productivity in adults.

UNICEF in collaboration with the Government of India, also seeks to build India’s 253 million adolescents as active participants, rather than passive beneficiaries, in the process of their empowerment. They are the leaders of today, not tomorrow. The aim is to develop their skills and bring their voices more prominently in the public domain so that they can influence policies and programmes concerning them now and in the future.

Our aim is social policy that best supports the adolescent transition to adulthood, such as integrating technical and non-cognitive skills competencies for a better transition to work, providing information on market opportunities and linking training programmes to tangible workforce chances. Such policies would also protect adolescents from child marriage, child labour, civil strife and other harmful influences.

UNICEF engages with various youth-led networks and is building the capacity of district administrations and community structures to raise awareness on adolescents’ rights through reference groups and by creating adolescent-centric, experience-based learning tools. 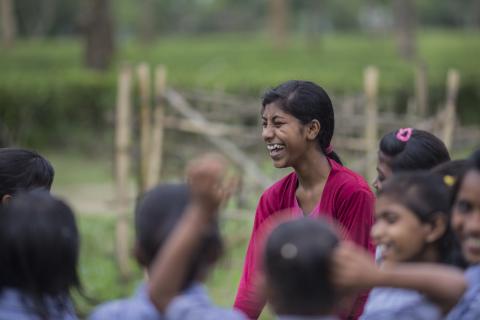 Reducing child marriage in India
A model to scale up results.
See the full report 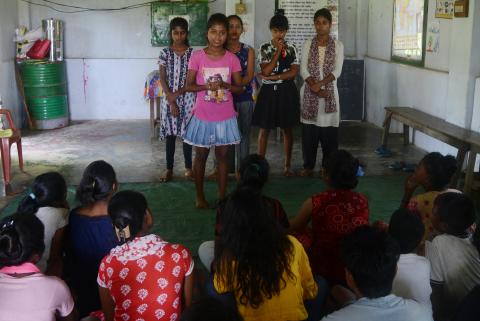 Ending child marriage in India - policy brief
India carries the burden of the largest number of child brides in the world.
See the full report 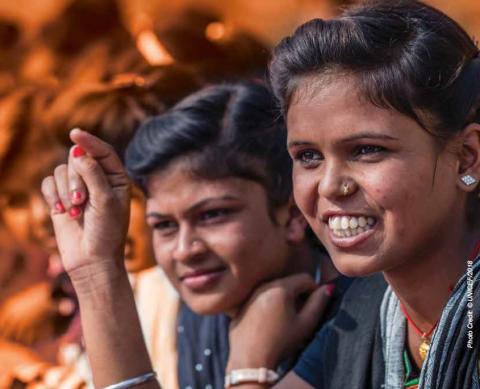 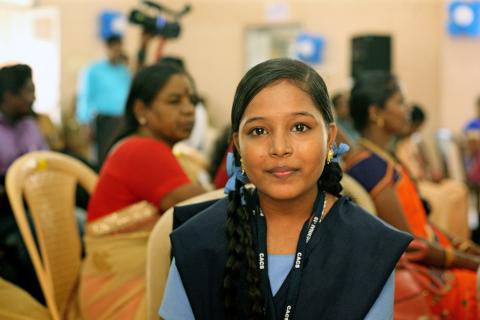