Captured moments of proud parents of children with disabilities during Awladna Forum.

After a first experience in 2017, the Awladna Art Forum took place between 27th March - 4th April 2018. Under the auspices of HE President Fatah Al Sisi, and led by the Ministry of Youth and Sports represented in the Egyptian Sports Union for Mental Disabilities, it was a fantastic experience which promoted inclusiveness for children with disabilities and empowered them and their families.

Thanks to the tireless efforts of the founder of the Forum Mrs. Sohair Abelkader, the support of the European Union (EU), UNICEF Egypt and other sponsors, a venue was provided for children with disabilities to perform and enrich their artistic talents.

During its second round this year, UNICEF team interviewed a couple of parents who were extremely proud of their children’s performances and indirect fight against stigma and presumptions regarding their abilities. Here are their stories.

UNICEF/Egypt 2018/Mohammed Abd El-Wahab
“Sama is known as the ‘icon of curriculum change’ on social media. She made a campaign against calling Down syndrome children ‘Mongolian idiots’ in the biology book of the 10th grade”. Sama’s parents were able to get their daughter’s voice heard by the Minister of Education who promised to replace the bad labelling in next year’s edition.

UNICEF/Egypt 2018/Mohammed Abd El-Wahab
“When Ahmed lost his sight at the age of 6, I was more determined to discover his hidden talent”. Ahmed was born with a mental disability. Although blindness was an extra challenge, his mother encouraged him to have hobbies like any other child. This year he celebrates the first place in a poetry recitation contest and the third place in a swimming championship.

UNICEF/Egypt 2018/Mohammed Abd El-Wahab
A doctor told me that Sayed is most probably going to be fully dependant on me for his entire life. He’s 16 now and he’s a swimming champion, a drummer and an an aspiring motion graphic artist”. Sayed was diagnosed with autism and brain damage due to lack of oxygen at birth.

UNICEF/Egypt 2018/Mohammed Abd El-Wahab
“He made this animated movie to raise awareness among autistic children on how to protect themselves against sexual harassment”. Sayed’s mother is currently in the process of legalizing and protecting his work’s copyrights so he can get the credit for it when published. 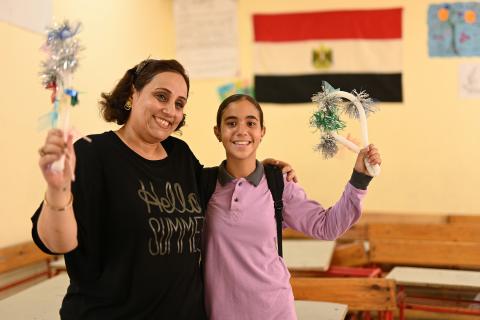 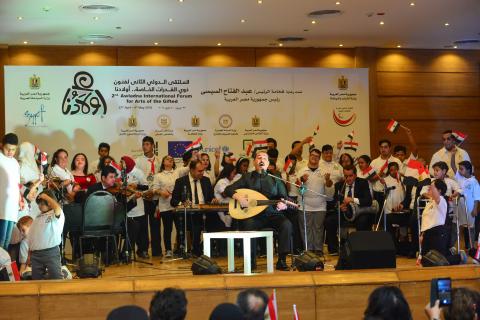 Children with disabilities present their talents 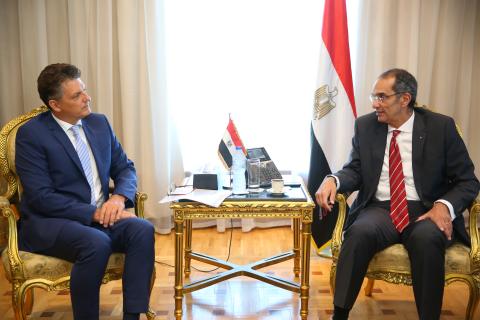