Many children in Egypt suffer various forms of violence, exploitation, human trafficking and inadequate family care. There is a widespread use of violence as a socially acceptable disciplinary practice.

The 2014 Demographic Health Survey (DHS) shows that 93 percent of children aged 1 to 14 years old have been exposed to violent disciplinary practices, including psychological aggression and/or physical punishment.

Girls are particularly vulnerable to various forms of abuse such as Female Genital Mutilation and child marriage. The prevalence of Female Genital Mutilation/cutting (FGM) among girls aged 15-17 has steadily decreased in the past decade. However, regional disparities exist. For example, the percentage of 0 to 17 years old girls, who are expected to undergo FGM reaches 90 percent in some Upper Egypt governorates. Regarding child marriage, the 2014 DHS shows that child marriage affects 6.4 percent of the girls aged 15-17.

FGM/C is very widespread in Egypt, and is a deeply entrenched social norm. Communities practice FGM/C in the belief that it will ensure a girl's proper upbringing, ensure daughters marriageability and preserve family honor. These are deep-rooted traditions which underlines gender inequality and which represents an extreme form of gender discrimination.

Child labor constitutes also a major threat to the young generation. The 2014 EDHS found that 7 percent of children aged 5-17 years old, around 1.6 million children, are involved in child labor and 5.6 percent of these children work under hazardous conditions.

The criminal justice system focuses on a penal rather than a rehabilitating approach, when dealing with children in conflict with the law. There is overreliance on detention and it is an established practice to incarcerate children in pre-trial detention for a prolonged period and to sentence first time child offenders, accused of minor crimes, with a penalty in the form of deprivation of liberty. In many cases, these children are detained with adults and face many abuses during all stages of the justice system. Violence, arbitrary detention and overreliance on detention during all stages of the criminal procedure are a major challenge to children’s access to justice.

Egypt also host a significant amount of refugee children, including a high number of unaccompanied and separated children (UASC). Egypt’s refugee children come predominantly from Syria, Sudan, South Sudan, Eritrea, Ethiopia, Iraq, and Yemen. According to UNHCR assessments, 46,800 refugee children in Egypt are considered as severely vulnerable (i.e. under the poverty line) and a further 4,960 are considered at risk - a category that includes out-of-school children, child labourers, child spouses and children with special needs. By the end of 2017, there were 219,212 registered refugees and asylum seekers in Egypt, of which more than 86,000 are children, including more than 4,000 UASC.

The situation of children in Egypt is aggravated by lack of preventive and responsive child protection services and an inadequate juvenile justice system. Key legislation achievements such as the amendment to the penal code criminalizing FGM and the Child Law have not been accompanied by necessary measures and resources. Lack of a trained cadre of social workers, accountable for dealing with child protection cases is a huge gap that needs to be addressed urgently.

In cooperation with the relevant Egyptian authorities, UNICEF Egypt aims at building a protective environment for children through the following 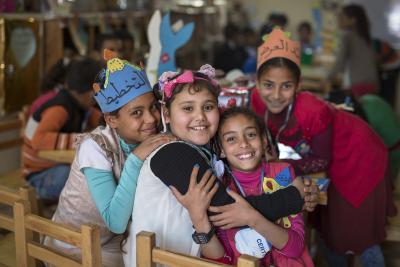 Strengthening child protection systems and referral pathways. In partnership with the National Council for Childhood and Motherhood (NCCM) and the Ministry of Health and Population, this is done by strengthening the Child Protection Committees and case management units through creating a social workforce in the country as well as the strengthening of the National Child Helpline 16000. UNICEF supports and facilitates key policy level initiatives on child protection system strengthening. Recently, UNICEF brought in relevant international experts to support Egyptian counterparts in undertaking a costing exercise paving the way for a future Child Protection system in Egypt 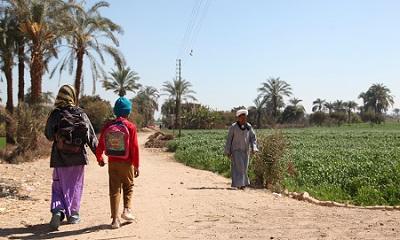 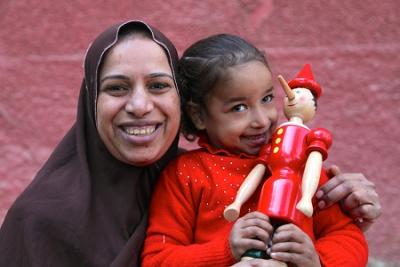 Raising awareness and promoting behavioral change especially among parents, caregivers and youth on the importance to prevent violence against children and propose alternatives to violent discipline. An EVAC media campaign on positive parenting (Awladna) on broadcast media took place in Spring 2017, with a total reach of 88 million on social media and with a total number of engagement throughout the campaign of 3.5 million on Facebook. Given the high prevalence of violence, especially of FGM in Egypt, UNICEF has established strong partnerships with government and non-governmental partners for addressing the issue 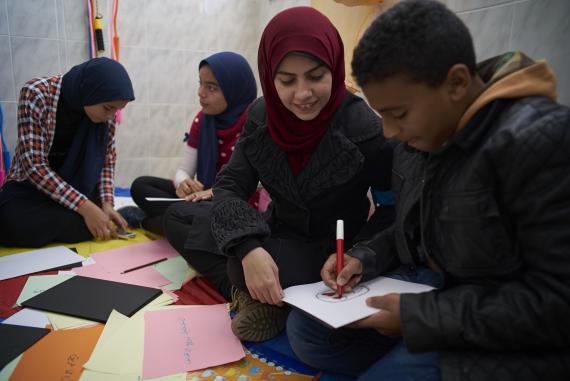 Supporting children's access to justice by providing legal aid and building the capacity of justice actors in close collaboration with the Ministry of Justice, the Prosecutor General’s Office and NCCM. Recently, the Ministry of Justice (MoJ), the Ministry of Social Solidarity(MoSS), UNICEF, Terre des Hommes, Aramex International Company, with the support of the Embassy of The Netherlands in Egypt have undertaken a ground-breaking pilot to provide training and rehabilitation to children who have been in conflict with the law 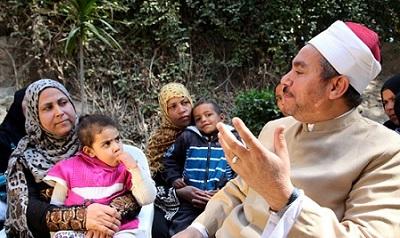 Engaging policy makers, opinion leaders, for example Al-Azhar Al-Sharif and the Coptic Church of Egypt in the advocacy for Ending Violence Against Children

A Familiar Face: Violence in the lives of children and adolescents